Germany's top security official on Tuesday said a review has produced no evidence of structural far-right extremism in the country's security forces and only “a small number of confirmed cases.”

Interior Minister Horst Seehofer said the investigation did not confirm the existence of any far-right apparatus that some critics have alleged has taken root. 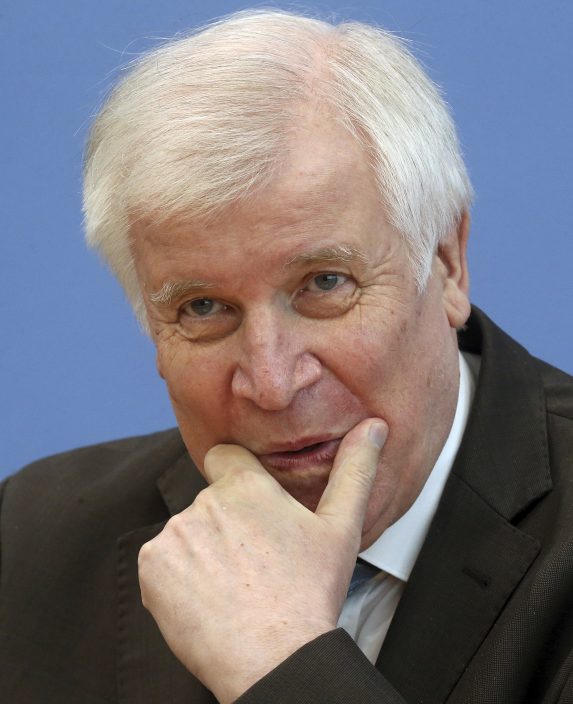 Horst Seehofer, German Minister of the Interior, attends a news conference about a report on extremism in Germany in Berlin, Germany, Tuesday, Oct. 6, 2020 (Wolfgang KummPool via AP)

Germany has seen a string of far-right scandals involving police and military in recent months.

The security agencies of the country's 16 states, which have a combined 276,000 employees, investigated 319 suspected cases of internal far-right extremism during a time period of over three years, from January 2017-March 2020.

Based on those initial reports, 34 people were eventually confirmed as being far-right extremists. Twenty-two were police officers, 11 were in the military, and one case was found at the country's customs authority.

Hundreds of the reported cases are still being being investigated, and in several proceedings have been undertaken to discharge the suspected individuals.

Seehofer called the findings “a first status report only" and said the next step would be a thorough analysis of the situation by the domestic intelligence agency.

Most far-right offences uncovered in the first overview were connected to expressing racist and anti-Semitic sentiment or Nazi ideology in online chat groups, he said.

“Every single case will be investigated thoroughly and pursued vigorously," Seehofer said, adding that his ministry ordered the report late last year amid concerns about growing far-right extremism, anti-Semitism and racism.

"Far-right extremism is the biggest threat our country is currently facing," Seehofer said. “”But the vast majority of members of the security agencies stands firmly behind our basic law."

In recent weeks, authorities in several German states have suspended dozens of police officers for taking part in far-right chat groups. Earlier this year, the country's defense minister disbanded one of the military's special forces units after numerous allegations of far-right extremism.

In addition to revelations of far-right extremist cases in the security agencies, the country has been rocked by several violent far-right attacks, such as the killing of 11 people of immigrant background in Hanau in February and the slaying of politician Walter Luebcke, who had supported Chancellor Angela Merkel's welcoming stance toward migrants.

On Sunday, a 26-year-old Jewish student was injured in an anti-Semitic incident outside a Hamburg synagogue — nearly a year after a heavily armed white supremacist targeted a synagogue in the eastern German city of Halle on Yom Kippur, the holiest day in Judaism. He killed a passer-by and a man at a nearby kebab stall after failing to force his way into the building.