Pope Francis told European anti-money laundering experts Thursday that the Vatican was committed to “clean finance,” as he denounced financial speculation amid a spiraling corruption investigation in the heart of the Holy See.

It is rare for a head of state to meet with the Council of Europe’s Moneyval teams, who make periodic on-site visits to member states to evaluate their adherence to international standards to fight money-laundering and terrorist financing.

But amid the Vatican’s own financial scandal, which has exposed the Holy See’s ineptitude in investing and managing donations from the faithful, Francis received the dozen members of the Moneyval team in a private audience in his library in the Apostolic Palace. 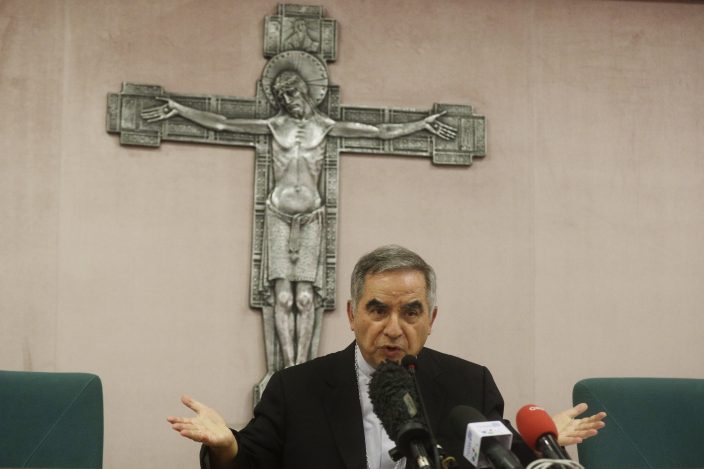 Citing Jesus’ efforts to cast out the “merchants from the temple,” Francis praised the evaluators’ work and policies aimed at “monitoring movements of money and of intervening in cases where irregular or even criminal activities are detected.”

“The measures that you are evaluating are meant to promote a ‘clean finance’, in which the merchants are prevented from speculating in that sacred temple which, in accordance with the Creator’s plan of love, is humanity,” Francis said.

The pope didn’t mention the scandal in his own backyard, but it couldn’t have been far from the evaluators’ minds given the headlines of recent weeks and months that have thrown the Vatican into chaos. 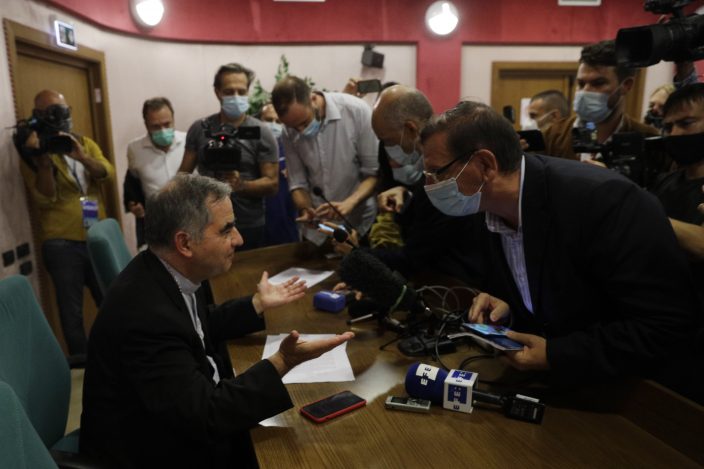 Francis last month fired the former No. 2 in the secretariat of state, Cardinal Angelo Becciu, after revelations that he wired 100,000 euros ($117,000) in Holy See funds to a charity controlled by his brother. Becciu also recommended the Italian bishops’ conference donate some 300,000 euros to the same fund.

Becciu has admitted he sent the money and made the recommendation, but denied any wrongdoing and insisted that the money was meant for the charity, not his brother.

Becciu’s ouster came amid an investigation by Vatican prosecutors into the secretariat of state’s investment into a luxury London real estate venture that to date has cost the Vatican 350 million euros, much of it donations from the faithful.

Becciu was involved in the initial investment, but his successor - the current No. 2 in the secretariat of state - actually authorized payments of tens of millions of euros in fees to the allegedly unscrupulous middlemen most implicated in the venture.

Vatican prosecutors have been investigating the London investment for over a year, but haven’t handed down any indictments. Given Vatican officials signed contracts giving voting control and management fees to the middlemen, it’s unclear what if any crimes might have been committed.

Italian newspapers have been rife with reports about the Vatican’s other financial investments, including in risky, speculative funds controlled by the middlemen. Francis has previously defended the Vatican’s decision to invest donations in real estate, saying that keeping the money “in a safe” wouldn’t generate necessary interest to keep the capital from losing its value.

But Francis has also denounced the “profit-at-all-cost” mentality of today’s global economy, and cited his own documents denouncing financial speculation and the “idolatry of money” that has taken root.

“Sometimes, in the effort to amass wealth, there is little concern for where it comes from, the more or less legitimate activities that may have produced it, and the mechanisms of exploitation that may be behind it,” he told the Moneyval evaluators Thursday. “Thus, situations can occur where, in touching money, we get blood on our hands, the blood of our brothers and sisters.”

US consumer confidence drops to 96.1 as virus spreads

U.S. consumer confidence fell to a ...

Of the five players who made up Li ...