The trophy ceremony plans are getting finalized. Boxes are being shipped out of the NBA bubble in advance of the looming shutdown. Hotel rooms, sometime in the next few days, will be filled again by regular people looking for their long-awaited Disney fix.

For LeBron James and the Los Angeles Lakers, the stage is set.

The NBA Finals — and the longest season in league history, thanks to the coronavirus pandemic and 4-1/2 month shutdown that followed — could end on Friday night, with James and the Lakers going into Game 5 with a 3-1 series lead over the Miami Heat. The Heat are simply looking for a way to extend this matchup into a Game 6 that would be played on Sunday, while James is looking for his fourth ring and, he thinks, a whole new level of respect from L.A. fans. 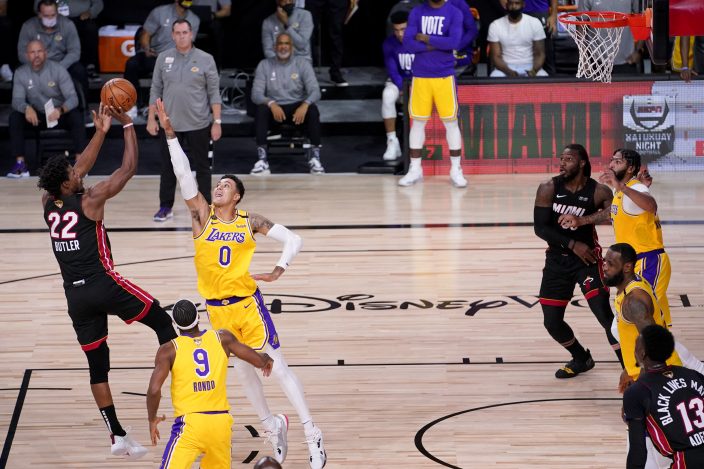 “What I’ve learned being a Laker is that the Laker faithful don’t give a damn what you’ve done before,” James said. “... They don’t care about your resume at all until you become a Laker. You’ve got to do it as a Laker, and then they respect you.”

James is 3-0 in finals close-out opportunities, and 3-1 leads in the title series are almost always turned into trophies. The exception was in 2016, when James led Cleveland back from 3-1 down against Golden State.

The Heat know all this. They don’t seem bothered. 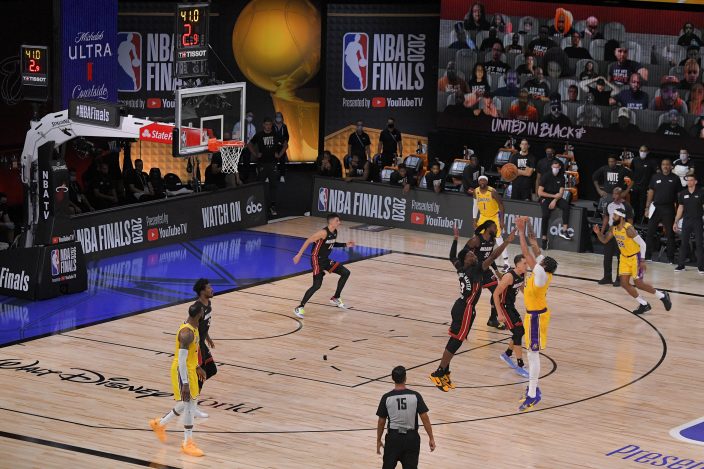 Some of that was Spoelstra quoting Theodore Roosevelt’s famed 1910 speech titled “Citizenship in a Republic,” which over time has become better known as “The Man in the Arena.” It’s one of James’ favorites as well, even getting cited by him earlier in these NBA Finals.

“We’ve got a chance,” Heat center Bam Adebayo said. “We still believe. They’re writing us off. Everybody is doubting us. But as long as the people in the locker room and all our coaching staff have belief in us, that’s all that matters.” 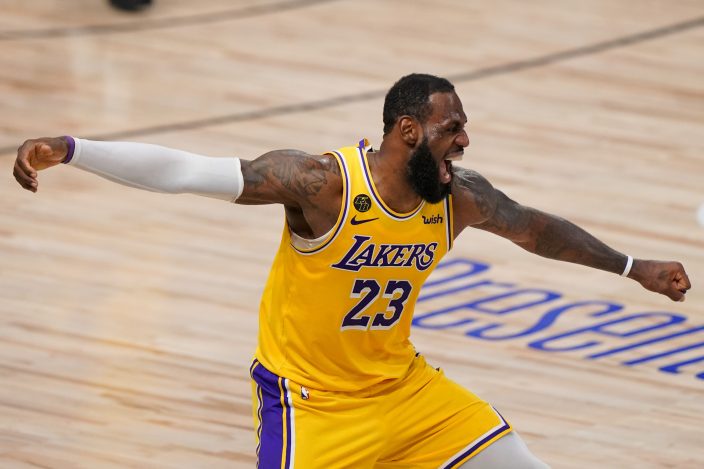 The Heat fell apart in Game 1 of the series, not coincidentally in a game where they lost point guard Goran Dragic in the first half to a torn left plantar fascia and Adebayo later to a neck strain. The Lakers rolled to the 1-0 series lead, but since then, matters have been far closer: In games 2-4, the Lakers have outscored Miami by just five points, the Heat have gone 6-5-1 in the 12 quarters played.

“To me, this series is far from over,” Lakers coach Frank Vogel said. “We’ve got a lot of work to do. This is a great basketball team that we’re playing, and my focus is solely on all the little details that go into what we have to do to get one more win.”

Though Vogel isn't looking past the next game, making logistical plans for the end of the series and the closing of the bubble is really nothing more than common sense.

There will be a trophy ceremony when the series ends; it may be possible that the ownership group from the winning team will be permitted on the floor even though they’ve been outside “the bubble” this whole time. On Saturday, or Monday, or Wednesday at the latest, those who remain in the bubble will leave because the series will have ended the night before. Disney plans on reopening the Coronado Springs resort — essentially bubble headquarters — on Oct. 15.

The Lakers are trying to keep themselves grounded, even with the knowledge that they’re one win away from rings.

“I think we all know that tomorrow night is also a must-win for us, just as much as it is a must-win for the Heat,” Lakers forward Anthony Davis said.

It isn’t, but Davis’ point is clear. The Lakers will aim to head into Friday night with the same desperation that Miami will have while facing elimination.

Jimmy Butler, Miami’s leading scorer and best player by far in the series, said he’ll set the Heat example for Game 5 by demanding more of everything from himself.