Several thousand Catalan separatists are protesting the visit of Spanish King Felipe VI and Prime Minister Pedro Sánchez to Barcelona amid continued tensions between the restive region and national authorities.

Police set up roadblocks and heavily patrolled the streets around the train station where the monarch and prime minister attended the Barcelona New Economy Week innovation awards on Friday.

The visit by Spain’s heads of state and government comes less than two weeks after Catalonia’s regional chief, Quim Torra, was removed from office by Spain’s Supreme Court. The court ruled him unfit to hold office for having violated election laws when he refused to remove a banner from public buildings supporting imprisoned Catalan separatists during an official election campaign. 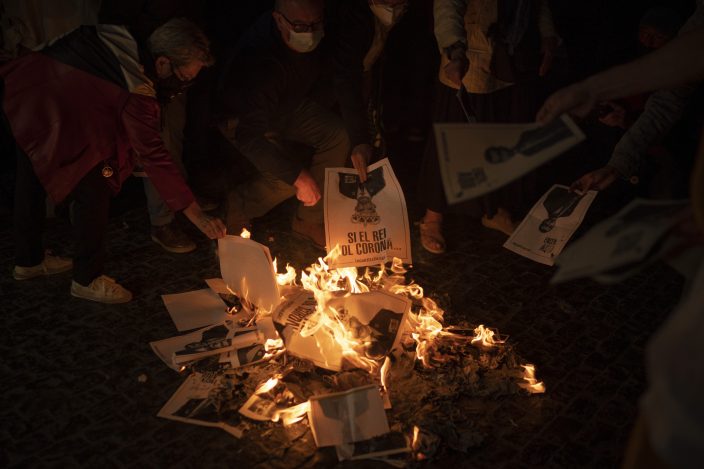 Some small groups of protesters gathered to burn photos of the king on Thursday night. But there were no reported major clashes with police like the ones that occurred when Sánchez held a Cabinet meeting in Barcelona in December 2018.

Catalonia’s separatist movement, which is supported by roughly half the 7.5 million residents in the region, wants to create a republic for the wealthy northeast corner of Spain.