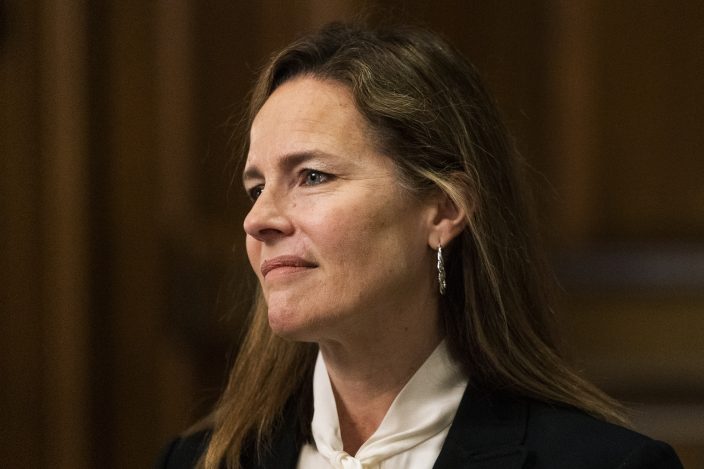 The hearing room was largely empty Monday and some senators tuned in virtually, citing the coronavirus.

President Donald Trump nominated Barrett just two weeks ago to fill the seat of the late Ruth Bader Ginsburg, who died Sept. 18. Trump and Republicans want Barrett on the bench in time for Election Day, Nov. 3.

The hearing comes as three GOP senators have tested positive for the coronavirus, including two on the Judiciary Committee who now say they are symptom-free. The positive tests came after Trump’s Sept. 26 Rose Garden event announcing Barrett's nomination. Trump fell ill with COVID-19 about 10 days ago. 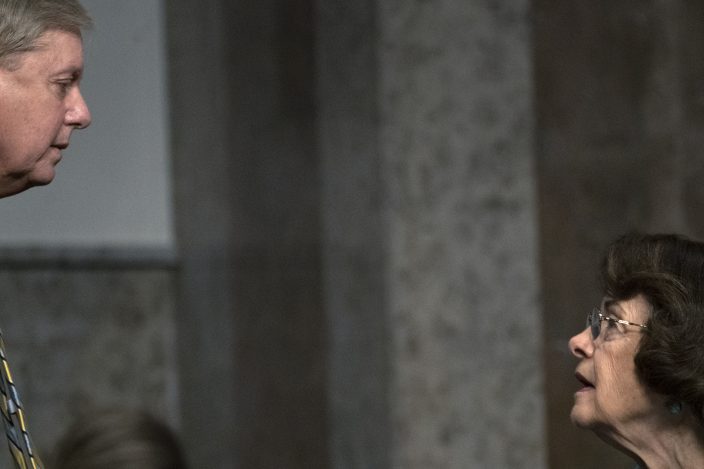 Barrett, a conservative, would shift the balance on the court significantly right, from 5-4 in favor of conservatives to 6-3. Democrats worry she would vote to rule the Affordable Care Act is unconstitutional. They’re also concerned about her record on abortion.

She was confirmed to the federal appeals court in 2017. Before that, she was a law professor at Notre Dame and was once a clerk for Justice Antonin Scalia.

HERE’S WHAT YOU NEED TO KNOW ABOUT WHAT’S HAPPENING IN THE SUPREME COURT CONFIRMATION HEARINGS:

The Republican-controlled Senate is charging ahead on President Donald Trump’s pick to replace the late Justice Ruth Bader Ginsburg and cement a conservative court majority before Election Day.

— Graham, Harris, Feinstein among the senators to watch at Barrett's hearings