A look at what's happening around the majors Tuesday:

Jose Altuve and the Houston Astros face a 2-0 hole against Tampa Bay in the AL Championship Series and have hardly looked like a club that’s won two of the past three AL pennants. Altuve made two throwing errors from second base during a 4-2 defeat in Game 2, including a short-hop toss that preceded a three-run homer by Manuel Margot. 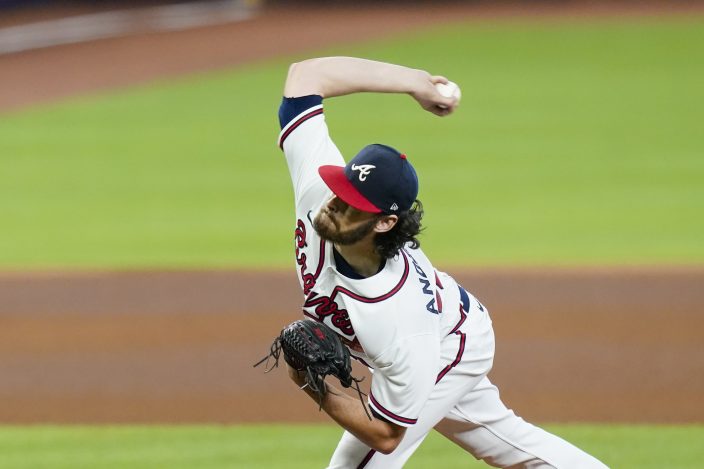 After the second error — both from shallow right field as part of infield shifts — Altuve and shortstop Carlos Correa began to swap positions in the formation.

“You just hope he isn’t getting the yips, because invariably they come in bunches,” said manager Dusty Baker, who gave Altuve a hug in the dugout after the second error. “Everything comes in bunches. I just told him to flush it. This guy has been awesome for us. You’ve got to flush it and move on, or else it multiplies. I’m sure he’ll do that.”

The Astros have also had a lousy go with runners on base. They’re 3 for 16 in the series with men in scoring position, including Alex Bregman’s bases-loaded strikeout at the end of Game 2. 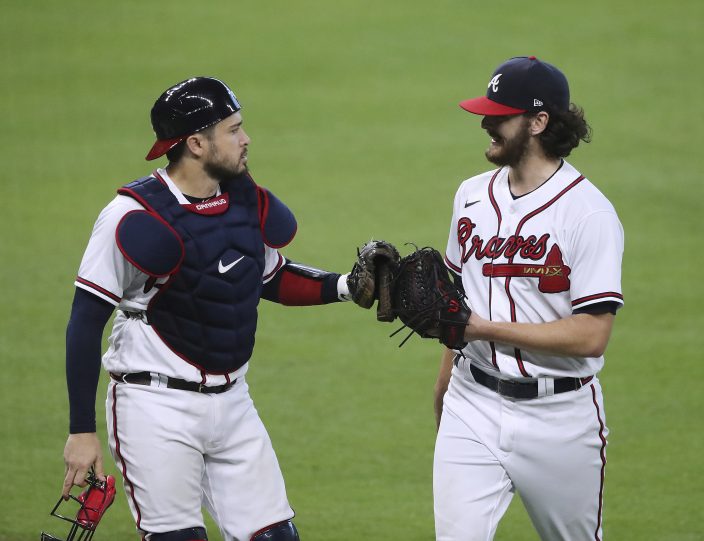 Of course, Rays pitchers have had something to do with that. Tampa Bay relievers have stranded each of the first 17 runners they’ve inherited in these playoffs, matching the 2006 Cardinals for the longest such streak to start a postseason, according to MLB.com.

Rays left-hander Ryan Yarbrough will start Game 3, giving towering righty Tyler Glasnow an extra day to recover after he pitched on two days’ rest in Game 5 of the AL Division Series against the Yankees. Houston will turn to right-hander Jose Urquidy.

THE KID AND THE ACE 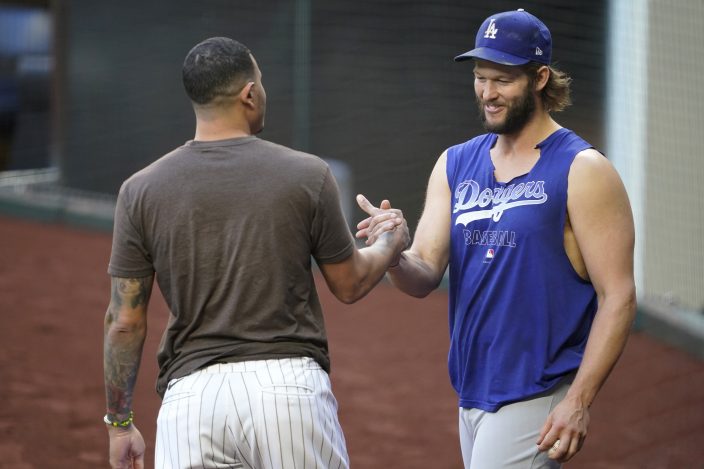 Off to an impressive start in his first postseason, Atlanta rookie Ian Anderson faces Dodgers star Clayton Kershaw in Game 2 of the NL Championship Series.

After making only six regular-season starts, the 22-year-old Anderson has won both his playoff games, permitting just five hits while striking out 17 in 11 2/3 scoreless innings. Kershaw has produced mixed results in October throughout his illustrious career, but the three-time Cy Young Award winner is 2-0 with a 1.93 ERA in two playoff starts this year -- including a 13-strikeout gem in the first-round clincher against Milwaukee. He is 11-11 with a 4.23 ERA all-time in the postseason. 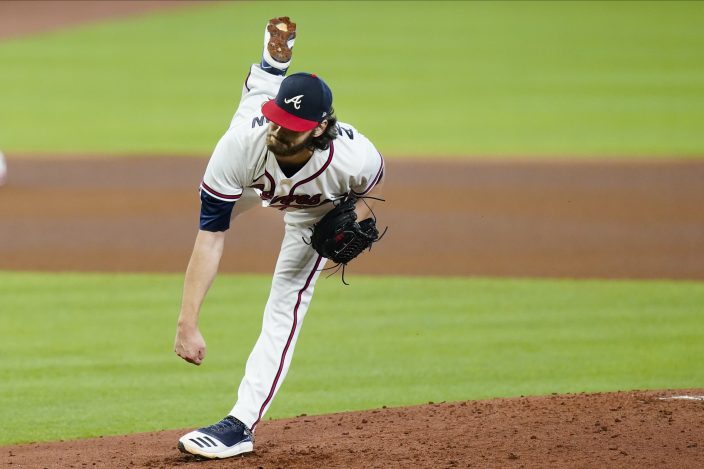 Atlanta could be minus outfielder Adam Duvall, who exited the series opener Monday night after hurting his left oblique. Cristian Pache, a 21-year-old rookie who had four big league plate appearances this season, took over for Duvall.

After ending a 12-year playoff drought, the Chicago White Sox are looking for a new manager. Rick Renteria and the team agreed to split following a disappointing finish to a breakout season in which the White Sox made the playoffs for the first time since 2008.

The club announced Monday that Renteria won’t return after guiding the White Sox to a 35-25 record in his pandemic-shortened fourth season. Chicago halted a string of seven consecutive losing seasons before getting eliminated from the playoffs by Oakland 2-1 in their best-of-three series.

“This is not how we wanted this to end,” general manager Rick Hahn said. “We wanted it to end with Ricky leading us to championships. ... It became evident that it was time to make a change.”

Don Cooper, who had been pitching coach since July 2002, also was let go. He had spent more than three decades with the organization.

Hahn said Renteria’s replacement probably will come from outside the White Sox. He said he would like someone who has worked for a championship organization, though major league managing experience is not necessarily a requirement.

Padres outfielder Tommy Pham is recovering after he was stabbed in the back Sunday night, authorities said. Pham was stabbed shortly after 10:30 p.m. outside the Pacers Showgirls International gentlemen’s club, police Lt. Shawn Takeuchi told the San Diego Union-Tribune.

Pham apparently didn’t know the attackers, who remain at large, he said.

“While it was a very traumatic and eye-opening experience for me, I’m on the road to recovery and I know I’ll be back to my offseason training routine in no time,” Pham said in a statement released by the team.

Pham hit .211 this year with three home runs, 12 RBIs and six stolen bases in 31 games, then batted .375 (9 for 24) in six postseason games before San Diego was eliminated by the Los Angeles Dodgers on Thursday.

MLB announced the order for next year’s amateur draft will be in reserve of winning percentage, as usual. Under the March 26 agreement between MLB and the players’ association, MLB had the right to modify for the order because the regular season was fewer than 81 games per team.