You would assume a college comedy with the unprintable title of “S—-house” to be another sad, low-brow retread of “Animal House.” You would almost bet on it. But 22-year-old Cooper Raiff's is not only not that film at all, it's one of the freshest college movies in years, a nano-budget breakthrough of rare sensitivity that announces more than one new talent.

There are house parties, hung-over roommates and hook-ups in “S—-house” (the name comes from an unloved frat house), but there's also innocence, loneliness and stuffed animals with subtitled thoughts. Raiff's film, in which he also stars as a homesick freshman from Dallas, is poised exactly on the edge of adulthood. 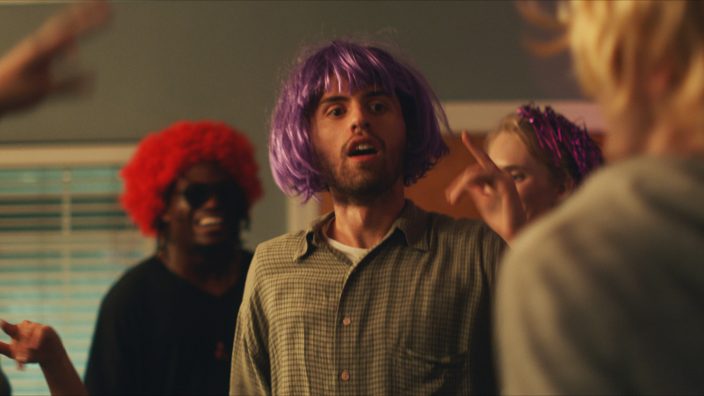 This image released by IFC Films shows Cooper Raiff in a scene from " S---house." (IFC Films via AP)

Alex (Raiff) is finding college life harder than he expected. After everyone else has paired off, he's friendless; even his roommate Sam (Logan Miller), a hard-drinking water polo player and stand-up wannabe, considers him lame. Alex has only his stuffed animal, which tells him, “You tried. Let's go home.” He spends a lot of time on the phone with his mom (Amy Landecker) and sister longing for the comfortable, loving home he's now hundreds of miles away from, in California.

Alex isn't shy. But he won't play the role his classmates manage with ease. At a party, a girl asks him to play spin the bottle. Instead, he goes outside to watch videos on his phone. When his RA Maggie (Dylan Gelula, fabulous), invites him to her room and then onto her bed, he stands awkwardly at the door asks, “What, to kiss and have sex?” Still, he hesitates, incredulous that Maggie doesn't even know his name.

This is about when “S—-house” turns into something more romantic and thoughtful than you'd expect of any movie with drunk kids soiling themselves in dorm rooms. Alex and Maggie, after a patch of awkwardness, settle into a long night together of talking and walking around campus. Their conversation feels genuine, and the dialogue is natural, sincere and funny. Raiff, it's clear enough, is working more in the mold of Richard Linklater (“Before Sunrise”-on-campus is the film's easy shorthand) and mumblecore (Jay Duplass helped develop it).

This image released by IFC Films shows Dylan Gelula in a scene from " S---house." (IFC Films via AP)

The morning after their night together, Alex presumes they've made such a deep connection that a relationship has begun. Maggie, though, has no interest in breakfast burritos and soon begins acting like they've never met. The sudden chasm between them befuddles Alex, and the tension in “S—-house” begins to hinge not just on finding friendship or romance, but learning to be a decent adult. For Alex, that means toughening up, and embracing life outside the comfortable cocoon of his family. For Maggie, who comes from a less rock-solid family, it's about not treating people or experiences as disposable.

Raiff's film is a DIY marvel. He started off, in an earlier version of the movie, by having friends hold the camera. He kept refining, made desperate entreaties to Duplass and Gelula on social media to win their participation, and his finished film suggests a promising, sensitive filmmaker capable of finding new, naturalistic angles in well-trod genres.

But Gelula is off the charts. The 26-year-old isn't coming out of nowhere like Raiff; she's already made an impression in “First Girl I Loved," “Support the Girls” and “Unbreakable Kimmy Schmidt." But in “S—-house,” she's as beguilingly elusive as any great film noir actress. Bracingly intimate and far-away at once, it's almost too fitting when Maggie, in a flash-forward, turns out to be a budding star on the stage. 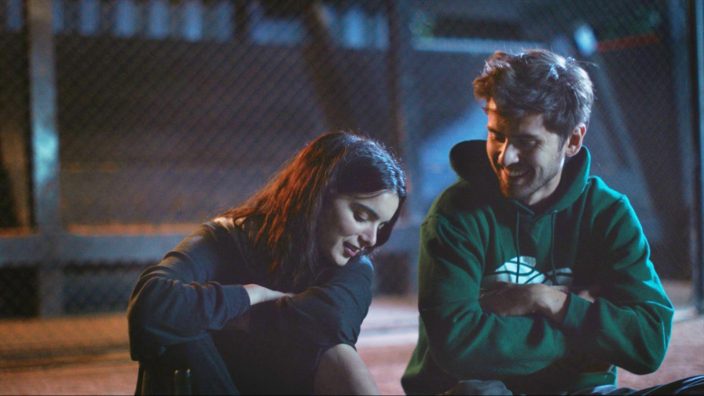 This image released by IFC Films shows Dylan Gelula, left, and Cooper Raiff in a scene from " S---house." (IFC Films via AP)

“S—-house,” an IFC Films release, is rated R by the Motion Picture Association of America for language throughout, sexual content and drug/alcohol use. Running time: 99 minutes. Three stars out of four.