President Donald Trump is claiming the World Health Organization shifted its stance on lockdown measures to control COVID-19 and has now acknowledged he was right to say such restrictions are harmful.

TRUMP: “The World Health Organization just admitted that I was right. Lockdowns are killing countries all over the world. The cure cannot be worse than the problem itself. Open up your states, Democrat governors. Open up New York. A long battle, but they finally did the right thing!” — tweet Monday. 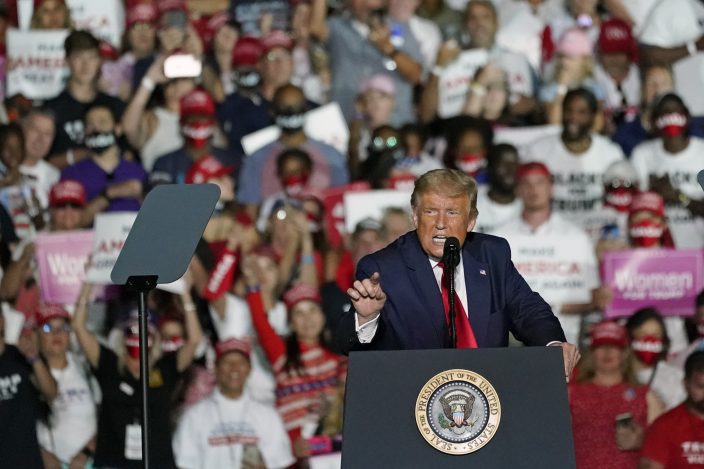 WHITE HOUSE: “Over the weekend, the World Health Organization officially changed their policy and strongly stated that prolonged lockdowns must end because of their significant harms.” — White House official in call Monday with reporters, speaking on condition of anonymity.

THE FACTS: They're twisting words out of context. WHO has not shifted its position that national stay-at-home orders or “lockdowns” should be considered a measure of last resort to contain the virus. Nor did it ever declare that Trump “was right" on his COVID-19 response.

Trump appeared to be referring to comments made last week by Dr. David Nabarro, one of six special envoys to the WHO on COVID-19. He told the British magazine The Spectator that lockdowns should be considered as just one measure among many to control the virus, with an aim to give countries “breathing space” to roll out other, better anti-COVID measures. 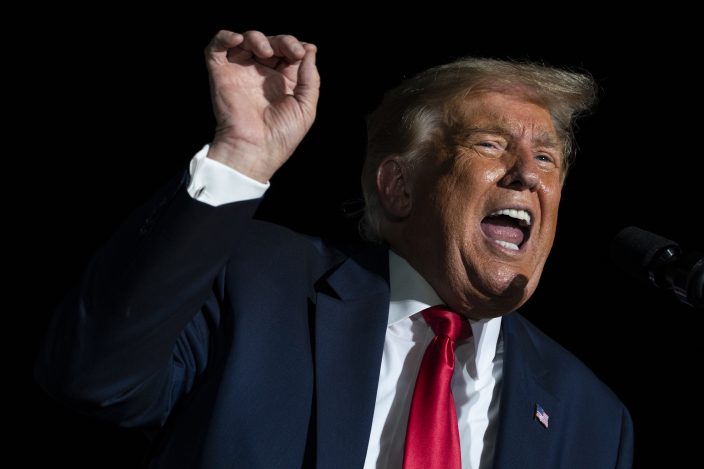 “We in the World Health Organization do not advocate lockdowns as the primary means of control of this virus,” Nabarro said. He added that lockdowns can only be justified “to buy you time to reorganize, regroup, rebalance your resources, protect your health workers who are exhausted. But by and large, we’d rather not do it.”

Since declaring the coronavirus a pandemic in March, WHO has said that if countries decide to go into lockdown, it should be considered temporary and they should use the time to implement measures like testing, tracing, informing local populations and promoting physical distancing.

Nowhere in his interview did Nabarro mention Trump. Nabarro has advocated a “middle path” in addressing the coronavirus, with measures in between lockdowns and allowing the virus to “run wild and build up herd immunity” and disappear — which Trump has promoted. 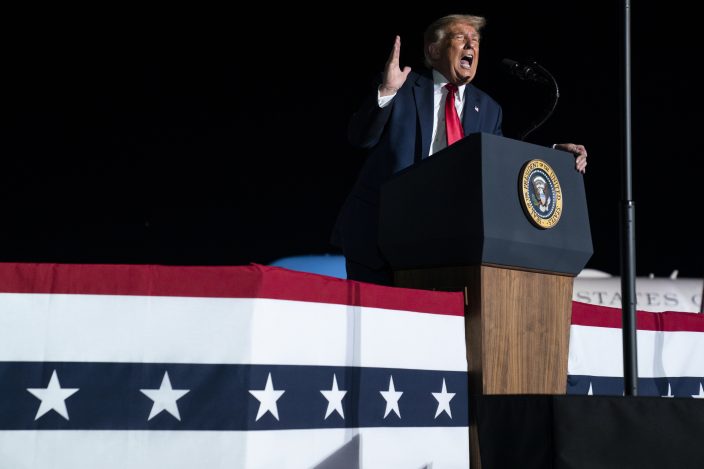 In the early months of the pandemic, Trump pushed for a lifting of lockdown orders as the head of WHO, Tedros Adhanom Ghebreyesus, warned that easing restrictions prematurely could “lead to a deadly resurgence.” Trump has been critical of WHO and has ordered a U.S. pullout from the group next July — saying WHO was too accepting of China’s explanations of its handling of the early outbreak.

The United Nations body has been inconsistent at times with its recommendations, such as mask-wearing that it first opposed for the general public. It has also lagged governments in pushing border closings. But on “stay at home” lockdown measures, it hasn't changed.

“We have been very consistent from the beginning on this pandemic,” WHO spokesman Tarik Jasarevic told reporters Tuesday. “National lockdowns shouldn’t be the default control measure, but movement restrictions may be among a range of measures governments can consider in certain geographical areas.”