For the third time in a week, Iran on Wednesday marked its highest single-day record for new deaths and infections from the coronavirus, with 279 people killed and 4,830 new cases.

A Health Ministry spokeswoman, Sima Sadat Lari, made the announcement as Iran, with a population of more than 83 million, struggles with the worst outbreak in the Middle East. Since the first cases of the virus were announced in February, the country has had more than 513,000 confirmed cases and over 29,300 deaths.

In recent weeks, Iran has seen daily death tolls spike to their highest-ever levels, sparking increasing concern even as government officials continue to resist a total lockdown for fear of cratering the economy, which has been hard-hit by U.S. sanctions. 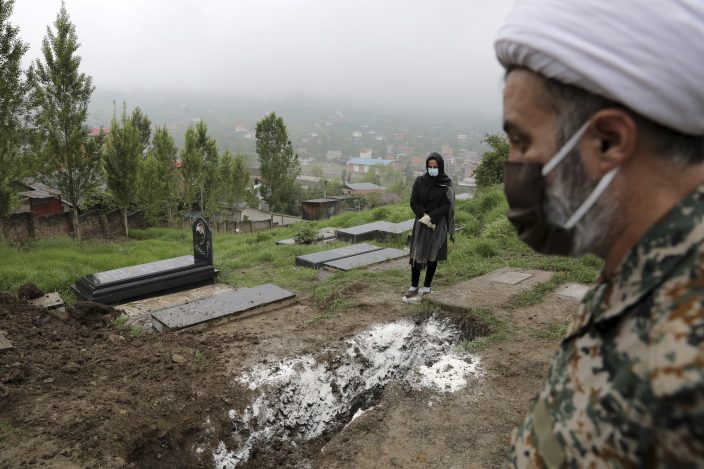 FILE - In this April 30, 2020 file photo, a woman wearing mask and gloves, prays at the grave of her mother who died from the new coronavirus, at a cemetery in the outskirts of the city of Babol, in northern Iran. Iranian state TV said Wednesday Oct. 7, 2020, that the country has hit its highest number of daily deaths from the coronavirus, with 239 new fatalities. Wednesday's report quotes the spokesperson of the country’s health ministry as saying the new deaths were recorded since Tuesday. (AP PhotoEbrahim Noroozi, File)

On Wednesday, Iran announced a travel ban to and from five major cities, including the capital of Tehran and the holy city of Mashhad, to prevent the spread of the virus. Kianoush Jahanpour, a Health Ministry spokesman, told state TV that the travel ban aims to reduce risks ahead of a religious holiday on Saturday. Iran’s weekend is Thursdays and Fridays.

Under the plan, police will stop vehicles from entering the five cities if their license plates do not match the city they're entering. Many Iranians travel to Mashhad, some 900 kilometers (560 miles) northeast of Tehran, to visit the tomb of Imam Reza, Iran’s holiest Shiite site.

The coronavirus has also spread to some of the highest levels of Iran's government, which includes many older men. Among those recently infected is the head of the country’s atomic energy organization while Iran's vice president in charge of budget and planning tested positive on Sunday. 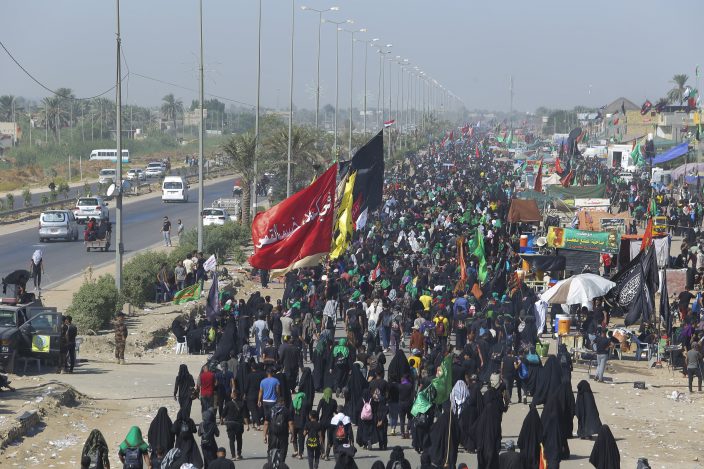 Also Wednesday, the United Arab Emirates reported a record number of coronavirus cases for the second consecutive day, with 1,431 new infections. The caseload brings the total number in the country to over 110,000, including 450 fatalities.

Recorded infections have soared again over recent weeks, as authorities have relaxed restrictions and reopened schools. Dubai, the region’s business hub, recently reopened its airport for international travelers. While coming amid an aggressive testing campaign, the upward trend has raised fears that authorities could reinstate lockdowns in parts of the country that rely heavily on tourism.

Meanwhile in Iraq, coronavirus-related deaths surpassed 10,000 from among more than 347,000 confirmed cases, according to government figures on Wednesday. The country has been grappling with a surge in cases in recent months, jumping two-fold since August. 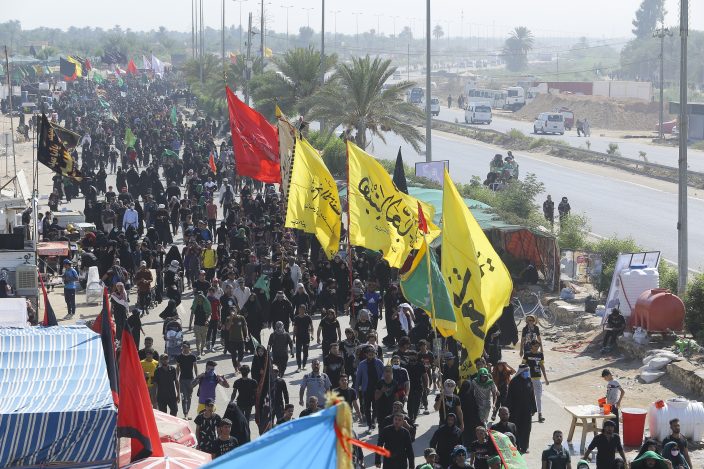 Daily virus cases have dipped some in Iraq, averaging around 3,000-4,000 per day from a late summer peak of 5,000. But actual numbers might be higher, doctors in Baghdad and Iraq’s south said, as patients showing mild to moderate virus symptoms often stay at home and do not get tested for COVID-19.

“The case numbers are much higher than what is known because a lot of people, when they show symptoms of COVID-19, they quarantine themselves in their homes without making the test,” said Qassem Jawad, a doctor in Missan, in southern Iraq.