He’s directed his own music videos and now he will help develop TV shows, films and other on-screen content for a global market. Residente, the most decorated winner in the history of Latin Grammys, has signed a multiyear deal with Sony Music Entertainment to launch 1868 Studios.

Under this new venture, which the company announced Thursday as a “first of its kind,” the Puerto Rican rapper and Sony Music Latin/Iberia will create, produce and globally distribute original content across multiple formats and in Spanish and Engish. The artist and activist, whose given name is René Pérez Joglar, hopes to help increase Latino representation in Hollywood.

“In times where minorities are fighting to have a space in the U.S., it is good to have projects like this one,” Residente told The Associated Press on Wednesday in a phone interview from Los Angeles. “It won’t be focused solely on Latinos, but you will have a Latin American person who will be tackling this to give Latinos much more space than they have been given here in Hollywood.” 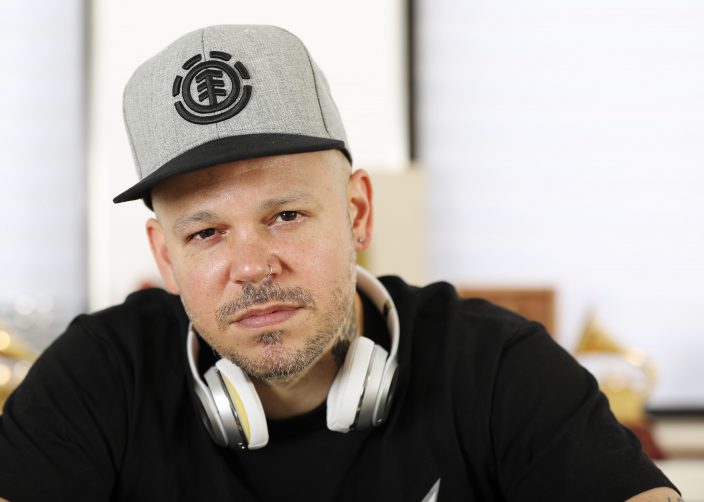 FILE - In this Friday, July 12, 2019 photo, rapper, writer, and filmmaker Rene Perez Joglar, know professionally as Residente, poses for a portrait in New York. Residente, the most decorated winner in the history of Latin Grammys, has signed a multi-year deal with Sony Music Entertainment to launch 1868 Studios. (Photo by Brian AchInvisionAP, File)

Although he declined to give specifics on the deal or the content he is creating, he said he is currently writing two series and a movie — a big departure from the songs that he has been known for, and a new chapter in his career that he definitely welcomes.

“I feel very free because I don’t have to rhyme anymore. I was a prisoner of the consonant rhyme for 15 years and you have no idea how it feels, after having to sacrifice ideas because they didn’t rhyme, to not have to worry about it ... I find it pretty fun,” he said.

“I don’t want to say that I find it easier, because you have to write much more — I already have about 50 pages written for the movie — but I don’t have that limitation” anymore, he added, noting that although he won’t stop making music, he will be more focused on this new venture at the moment. “We have so many projects,” he said.

1868 Studios takes its name from the Grito de Lares (Cry of Lares,) the first major revolt against Spanish rule in Puerto Rico on September 23, 1868. “It is the only day that Puerto Rico has been independent, for eight hours,” Residente noted.

The winner of four Grammys and 25 Latin Grammys combined — as a solo artist and with his former duo Calle 13 — studied fine arts in Puerto Rico and has helmed videos for many of his songs, including this year’s “Antes que el Mundo se Acabe” and “René.” He recently received four new nominations for the Latin Grammys, including in the record of the year and song of the year categories for the latter. The ceremony will be held on Nov. 9.