Iran announced Saturday that its death toll from the coronavirus has passed the milestone of 30,000 killed.

The announcement by Health Ministry spokeswoman Sima Sadat Lari saw Iran put its total death toll from the outbreak at 30,123 killed, with 253 new deaths being added to the official count.

Iran has been struggling with the coronavirus since announcing its first cases in February. Iran has seen the worst outbreak in the Middle East, with more than 526,000 confirmed cases. 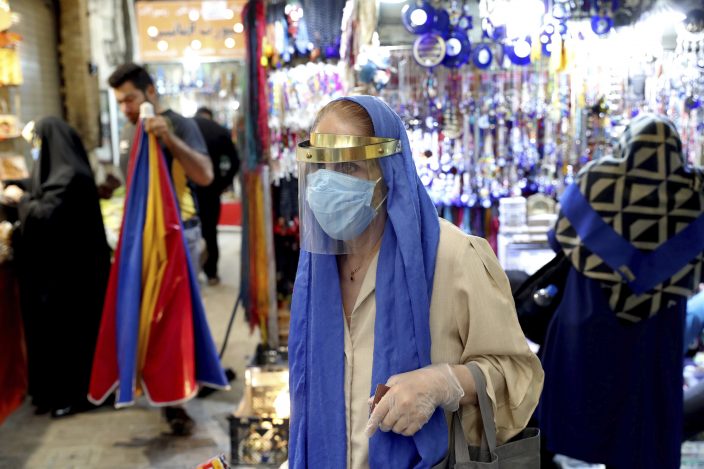 A woman wearing a protective face mask and gloves to help prevent the spread of the coronavirus walks through the Tajrish traditional bazaar in northern Tehran, Iran, Thursday, Oct. 15, 2020. Eight months after the pandemic first stormed Iran, pummeling its already weakened economy and sickening officials at the highest levels of its government, authorities appear just as helpless to prevent its spread. (AP PhotoEbrahim Noroozi)

In recent weeks, Iran has seen daily death tolls spike to their highest-ever levels. The fallout from the outbreak has hit the country as its economy is already crippled by sweeping U.S. sanctions.