Police in Belarus on Saturday detained scores of demonstrators pushing for the resignation of the country's authoritarian leader after an August election widely seen as manipulated.

Hundreds of students marched across the capital, chanting “Go away" to demand that President Alexander Lukashenko step down. They were blocked by police, who rounded up some and forced others to disperse.

Later in the day, hundreds of women staged their regular weekend march across the capital, Minsk. “You sang your song, it's time to get off the stage!” one placard read. 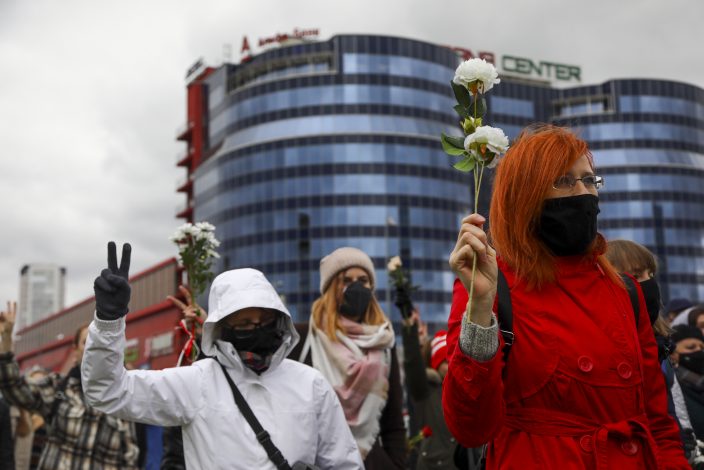 Belarusian women wearing face masks to protect agains coronavirus attend an opposition rally to protest the official presidential election results in Minsk, Belarus, Saturday, Oct. 17, 2020. More then one hundred women marched through the Belarusian capital on Saturday to protest against political repressions and demand a new election. Several participants in the rally were detained. (AP Photo)

Daily protests have occurred since the Aug. 9 election in which Lukashenko was declared the winner with 80% of the vote. The European Union and the United States denounced the vote as neither free nor fair and introduced sanctions against top Belarusian officials accused of rigging the vote and engineering the post-election crackdown.

Earlier this week, the top opposition challenger, Sviatlana Tsikhanouskaya, who moved to Lithuania after the election under pressure from Belarusian authorities, put forward an ultimatum to Lukashenko: announce his resignation by Oct. 25 or face a nationwide strike. 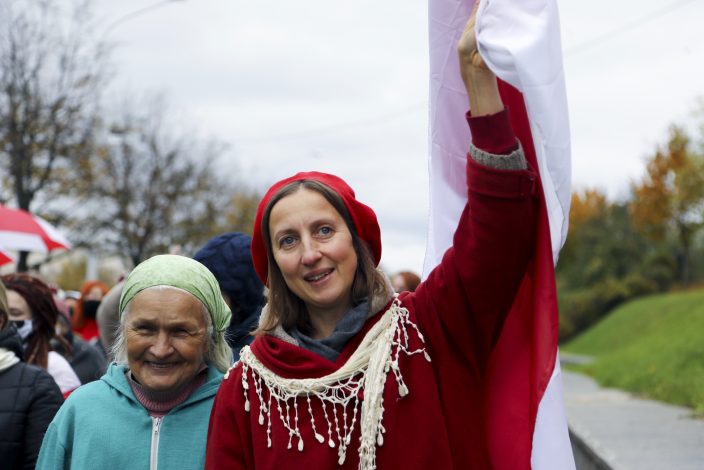 Two Belarusian women, one of them with an old Belarusian national flag attend an opposition rally to protest the official presidential election results in Minsk, Belarus, Saturday, Oct. 17, 2020. More then one hundred women marched through the Belarusian capital on Saturday to protest against political repressions and demand a new election. Several participants in the rally were detained. (AP Photo)

Tsikhanouskaya hailed the participants of Saturday's rallies as a “big and bright force.”

Lukashenko, who has run the ex-Soviet nation with an iron fist for more than 26 years, has accused the West of fueling the protests and relied on support from his main sponsor and ally, Russia, to dig in.

Belarusian authorities tried to squelch the protests with massive violence in the first days after the vote, dispersing peaceful demonstrators with stun grenades and rubber bullets, detaining thousands and beating hundreds. The crackdown drew international outrage and helped swell the number of protesters, peaking each Sunday with over 100,000 on the streets. 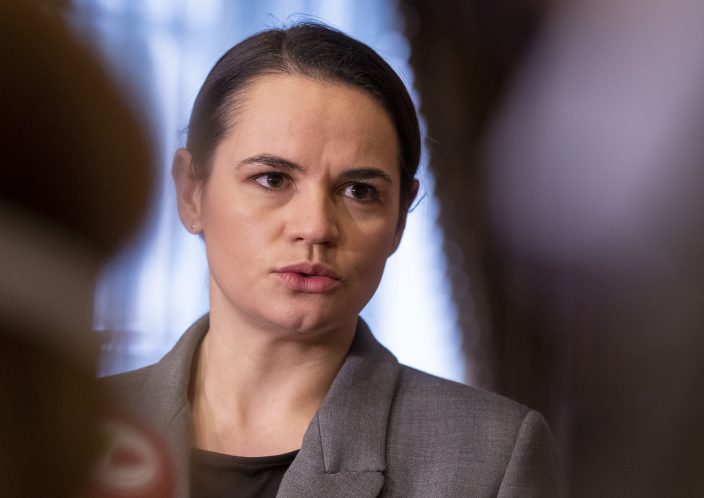 Since then, the government has scaled down the violence but maintained the pressure, regularly detaining scores of protesters and prosecuting top activists. Prominent members of the opposition’s Coordination Council, formed to push for a transition of power, have been arrested or forced to leave the country.

Authorities also have made methodical efforts to stifle independent media, regularly rounding up reporters covering protests and threatening them with jail terms for taking part. Several journalists were detained on Saturday. 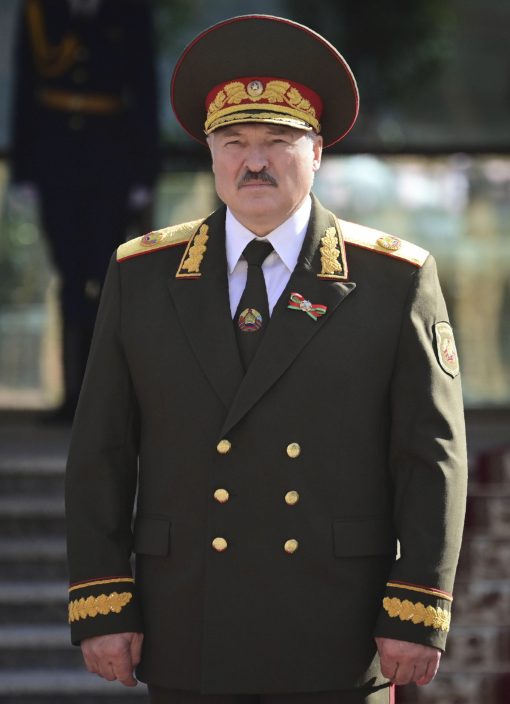 Belarusian President Alexander Lukashenko attends his inauguration ceremony at the Palace of the Independence in Minsk, Belarus, Wednesday, Sept. 23, 2020. Lukashenko of Belarus has assumed his sixth term of office in an inauguration ceremony that wasn't announced in advance. State news agency BelTA reported that Wednesday's ceremony is taking place in the capital of Minsk, with several hundred top government official present. (Andrei StasevichPool Photo via AP)

More than 140 detained by police in Belarus protests