It was the 43-year-old Brady’s first signature victory since signing with the Bucs (4-2) after a historic 20-year run with the New England Patriots, which included nine NFL title game appearances and six championships.

He got his favorite target from his days with the Patriots into the mix, throwing a 12-yard touchdown pass to Rob Gronkowski for a 28-10 halftime lead. It was Gronkowski’s first TD since December 2018 and the 79th for the quarterback/tight end tandem — tied for fourth on the all-time list with Miami's Dan Marino and Mark Clayton. 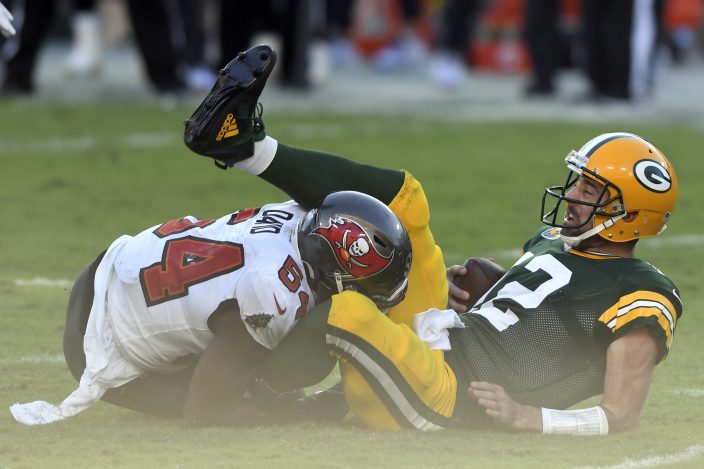 Brady also threw a 7-yard TD pass to rookie Tyler Johnson and Ronald Jones had a pair of rushing TDs for Tampa Bay, which got an even more impressive performance from its defense.

Rodgers threw two interceptions — Green Bay’s first turnovers of the season — within a three-pass span of the second quarter to turn a 10-0 Packers lead into a 14-10 deficit. 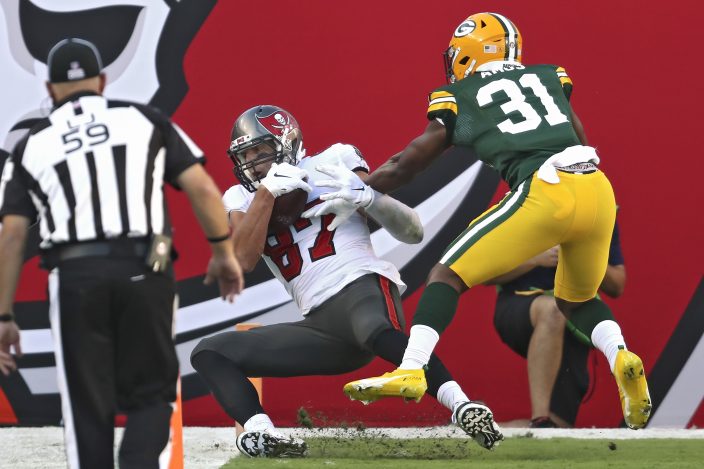 Cornerback Jamel Dean broke on Rodgers’ sideline throw intended for Davante Adams and returned the pick 32 yards to get the Bucs rolling. Safety Mike Edwards returned a second interception on a throw also intended for Adams 38 yards to the Green Bay 2 to set up Jones’ rushing TD on the next play.

Rodgers finished 16 of 35 for 160 yards and no touchdowns after completing 70.5 percent of his passes and throwing for 13 TDs and no interceptions in Green Bay’s first four games.

Brady was 17 of 27 for 166 yards and two TDs without an interception. Jones rushed for 113 yards and Gronkowski led the Bucs with five receptions for 78 yards — his best game since ending a one-year retirement to join Brady in Tampa Bay. 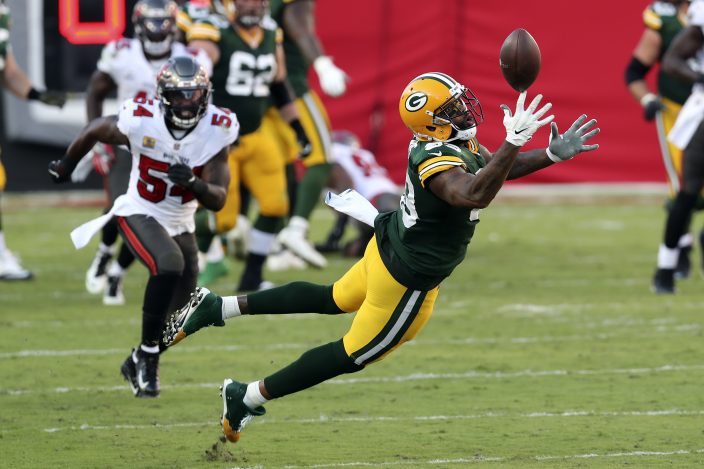 It was just the third time the Super Bowl-winning quarterbacks have faced each other in their long successful careers.

And although both insisted it wasn’t Brady vs. Rodgers, the friends expressed mutual admiration for one another’s accomplishments while acknowledging it would be fun sharing the field with the Packers trying to remain unbeaten and the Bucs looking to gauge their progress against one of the NFL’s top teams.

Brady noted how important it would be to minimize mistakes, something no quarterback had done better through the first five weeks of the season. 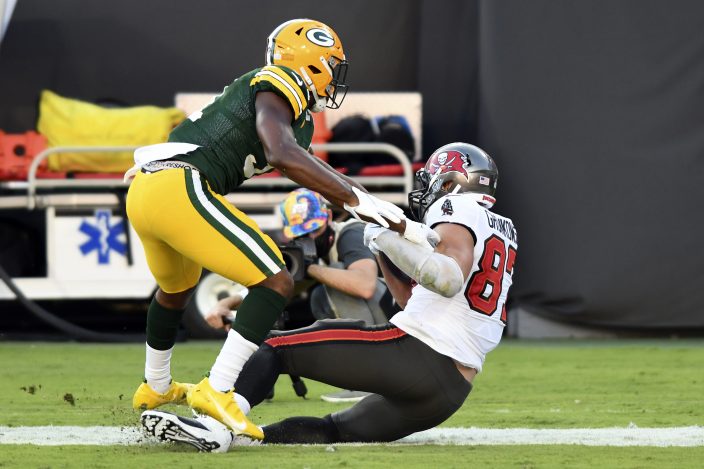 In addition to becoming the first team in NFL history to score at least 150 points and commit no turnovers through the first four games of a season, the Packers had only allowed three sacks before Sunday.

The Bucs had two interceptions and two of their four sacks by halftime.

Brady and Rodgers split their two previous head-to-head meetings, with the Packers winning 26-21 in 2014 at Green Bay and New England winning 31-17 at home in 2018, while Brady was playing for the Patriots.

Packers: LT David Bakhtiari left in the third quarter with a chest injury, leaving Green Bay to play the remainder of the game without its best offensive lineman. S Darnell Savage (quad) missed a portion of the second half... CB Kevin King (quadriceps) and RB Tyler Ervin (wrist) were inactive.

Packers: at Houston next Sunday