Fire officials have determined there are no additional victims from a weekend explosion and fire that injured five people in Virginia, the city of Harrisonburg announced Sunday night.

Two people were flown to University of Virginia’s medical center in serious condition after the explosion and fire rocked a strip mall Saturday morning, officials said. A message left Sunday with the medical center was not immediately returned. 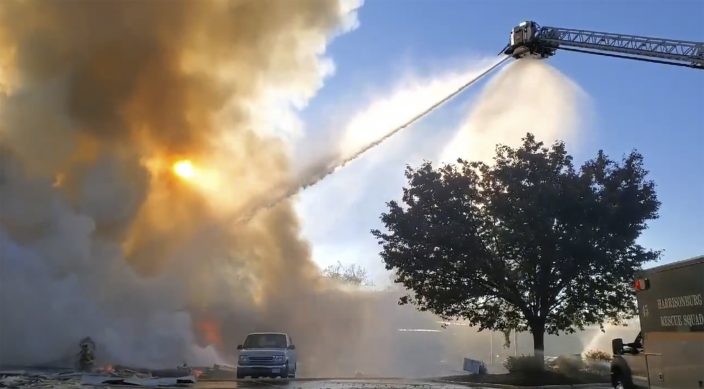 “The Harrisonburg Fire Department has completed its secondary search of the Miller Circle fire site, and has determined that there are no additional individuals on site who were harmed by the incident. Searches are now complete,” the city tweeted Sunday.

The blast was so strong that some residents reported their homes shaking. Nearby businesses were forced to close due to damage, TV station WHSV reported.

The city said an investigation into the cause is ongoing. Officials said Saturday it would likely take several days. 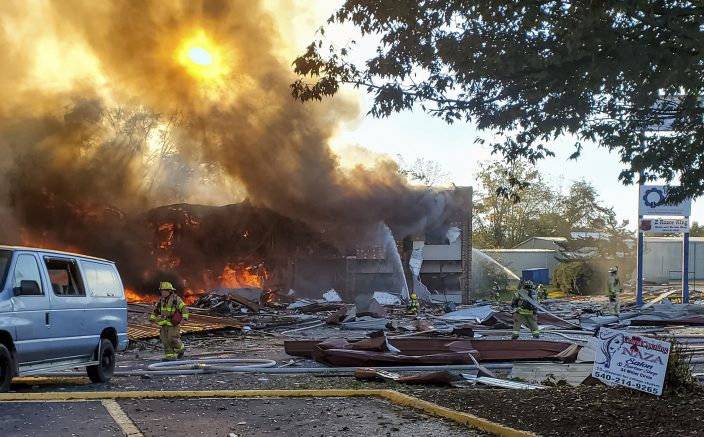 Firefighters work to contain flames in the remnants of a shopping center after an explosion in Harrisonburg, Va., Saturday, Oct. 17, 2020. Three people were transported for injuries from the blast. The cause of the explosion has not been released yet. (Ian Munro Daily News-Record via AP)

Myles Garrett has only respect for ...