SUBURBAN WOMEN LEAD TRUMP REVOLT: For many suburban women, the past four years have marked a political awakening that has powered women’s marches, the #MeToo movement and the victories of record numbers of female candidates. That energy has helped create the widest gender gap in the political divide in recent history. And it has started to show up in early voting as women are casting their ballots earlier than men. 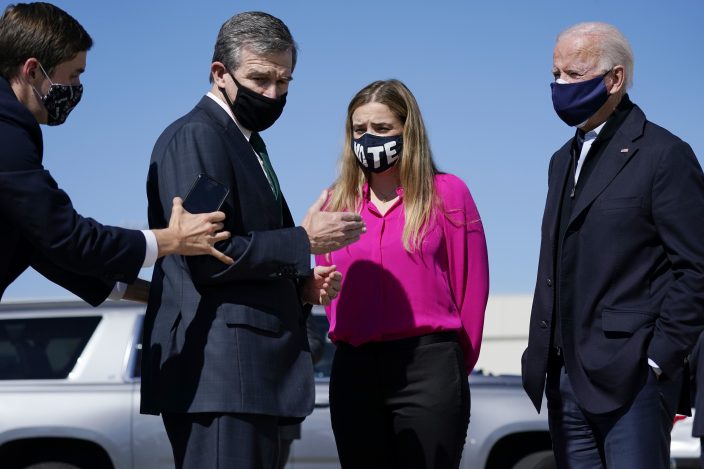 An aide asks Gov. Roy Cooper, D-N.C., to step back, as he greets Democratic presidential candidate former Vice President Joe Biden and his granddaughter Finnegan Biden, as they arrive on the tarmac at the Raleigh-Durham International Airport in Morrisville, N.C., Sunday, Oct. 18, 2020. (AP PhotoCarolyn Kaster)

TRUMP, BIDEN GO ON OFFENSE: President Donald Trump and his Democratic rival Joe Biden have been on offense, with each campaigning in states they’re trying to flip during the Nov. 3 election. Trump began Sunday in Nevada, making a rare visit to church before an evening rally in Carson City and Biden attended Mass in Delaware before flying to North Carolina.

COVID RELIEF DELAY: New virus relief will have to wait until after the November election. Congress is past the point at which it can deliver more coronavirus aid soon, with differences between House Speaker Nancy Pelosi, Senate Republicans and Trump proving insurmountable. Trump’s Republican allies are reconvening the Senate this week to vote on a virus proposal, but it’s a bill that failed once before, and that Trump himself now derides as too puny.

2016 SEQUEL?: The president’s attempts to recycle attacks he used on Hillary Clinton have so far failed to effectively damage Biden. And Trump has found himself dwelling more and more in the conservative media echo chamber, talking to an increasingly smaller portion of the electorate. Fueled by personal grievance, the president has tried to amplify stories that diehard Fox News viewers know by heart but have not broken through to a broader public consumed with the sole issue that has defined the campaign, how the president has managed the pandemic. 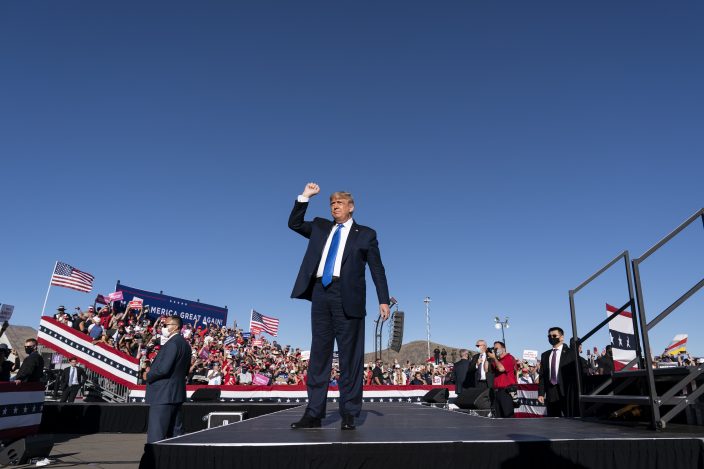 Most US clergy avoid hellfire threats over abortion politics