South Africa’s health minister Dr. Zweli Mkhize has announced that he and his wife have tested positive for COVID-19 and warned of a possible resurgence of the disease in the country.

Mkhize and his wife got positive results after they both displayed symptoms, he said in a statement. 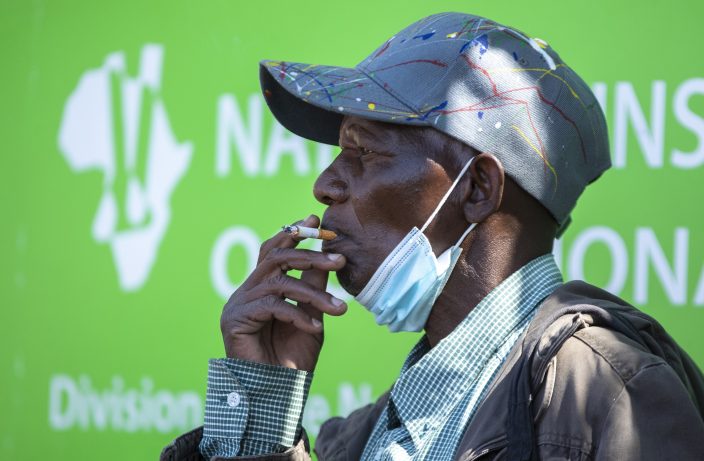 FILE — In this Tuesday, Aug. 25, 2020 file photo a man smokes a cigarette whist during protest against staff shortages and the lack of personal protective equipment outside the National Health Laboratory Services in Johannesburg, South Africa, South African Health Minister, Zwerli Mkhize announced Monday, Oct. 19 2020 that he and his wife have tested positive for COVID-19, warning of a possible resurgence of the disease in the country. (AP PhotoThemba HadebeFile)

"I was feeling abnormally exhausted and as the day progressed, I started losing appetite. My wife had a cough, was dizzy and was extremely exhausted," he wrote. His wife May, who is also a doctor, has been hospitalized for observation and rehydration, he said.

Mkhize emphasized that South Africans should continue to wear masks and sanitize their hands to avoid more infections.

“As a country, we’ve made significant strides in our fight against this pandemic. Let us not dare regress," he said. "Whatever we do and wherever we go, we have to keep in mind that there remains a risk of a second wave.” 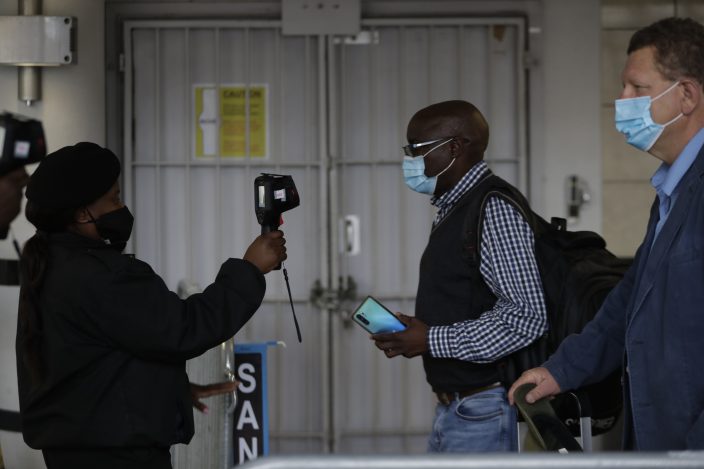 FILE — In this Thursday, Oct. 1, 2020 file photo passengers have their temperatures taken at the International O.R. Tambo Airport in Johannesburg, South African Health Minister, Zwerli Mkhize announced Monday, Oct. 19 2020 that he and his wife have tested positive for COVID-19, warning of a possible resurgence of the disease in the country. (AP PhotoThemba HadebeFile)

He said family members and colleagues who were in contact with him have been informed to isolate and test for the disease.

South Africa imposed one of the world's strictest lockdowns to combat the spread of the virus in April and May, closing almost all economic activity including bans on the sale of alcohol and cigarettes, and has gradually reopened since June. New cases of COVID-19, hospitalizations and deaths began to decrease in July. But in recent weeks, as the country has reopened almost all activities and reopened its borders to international travel, the numbers have begun a slow rise.

South Africa's economy, already in recession before COVID-19, has been badly hit by the virus, with unemployment rising to 42%. President Cyril Ramaphosa on Monday described a $6 billion employment stimulus.

“We are undertaking a far-reaching and ambitious public investment in human capital, with the state as both a creator and an enabler of jobs," wrote Ramaphosa. The plan is “unprecedented in its scale and breadth,” Ramaphosa wrote in his weekly letter to the nation. “We will protect and create directly-funded jobs and livelihood support interventions while the labor market recovers from the coronavirus pandemic."

Concern over rapid rise in COVID-19 cases in South Africa