The man affectionately known as “Doc” for his doctorate in communications spent the past 15 years as the voice of the NHL in the United States. Emrick, 74, called 22 Stanley Cup Finals and six Olympics since working his way up from the minors in the 1970s and did the most recent NHL playoffs remotely from his home in Michigan with his wife, Joyce, and dogs nearby.

“Things change over 50 years, but much of what I love is unchanged from then to now and into the years ahead," Emrick said in a video essay about his career. “I still get chills seeing the Stanley Cup. I especially love when the horn sounds, and one team has won and another team hasn’t, all hostility can dissolve into the timeless great display of sportsmanship — the handshake line. ... 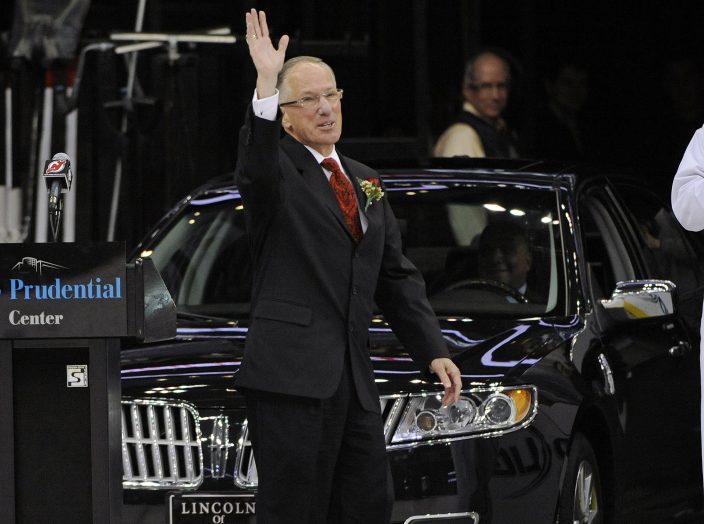 FILE - In this Feb. 24, 2012, file photo, sports commentator Mike "Doc" Emrick waves to fans as he is presented with a car from the New Jersey Devils during a ceremony to honor him before their NHL hockey game against the Vancouver Canucks, in Newark, N.J. Hall of Fame hockey broadcaster Mike Emrick is retiring after a career of almost 50 years behind the microphone, including the past 15 as the voice of the NHL in the United States. (AP PhotoBill Kostroun, File)

"I leave you with sincere thanks.”

Emrick was honored by the Hockey Hall of Fame in 2008 on the way to being a part of an estimated 3,750 professional games.

During the 2019 final, Emrick said he wanted to do this job from the first time he saw a hockey game. He got his first taste of it in Pittsburgh during the 1970-71 season as a freelance reporter for the Beaver County Times, earned a Ph.D. in broadcast communications from Bowling Green a few years later and progressed through the minors before reaching the NHL. 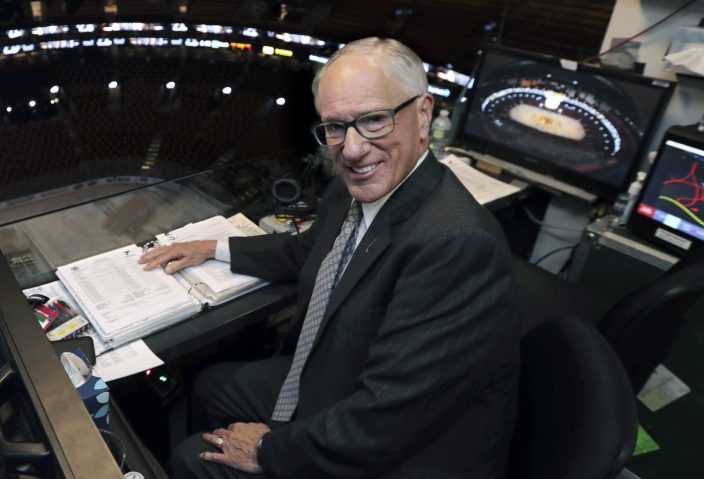 FILE - In this Wednesday, May 29, 2019, file photo, NBC hockey broadcaster Mike Emrick poses for a photo while preparing to call Game 2 of the NHL hockey Stanley Cup Final between the St. Louis Blues and the Boston Bruins, in Boston. Hall of Fame hockey broadcaster Mike Emrick is retiring after a career of almost 50 years behind the microphone, including the past 15 as the voice of the NHL in the United States. (AP PhotoCharles Krupa, File)

Emrick has spent the past four decades as a beloved part of the hockey community — a rapid-fire story-teller known to the public for his countless verbs to describe the puck moving around a rink and to friends and colleagues for his warmth and personal attention to the sport and the people in it.

“When you have a job like that, you’re never working the rest of your life,” Emrick said last year, pausing to explain why he takes time to talk to anyone who approaches him for a conversation, photo or autograph. “I always do because I’ll miss it when it doesn't happen.”

“It has been a privilege and education on hockey’s biggest stage to have sat next to Doc for the last 14 years,” NBC color analyst Ed Olczyk said. “I will miss his stories, his preparation, his play-by-play, his friendship, and our dinners on the road."