While Mike Davis has been a solid fill-in for McCaffrey and helped the team to three wins, the reality is if the Panthers want to make a run at the NFC South championship they'll need their dynamic running back on the field — and soon.

McCaffrey has missed the last four games with a high ankle sprain and should be nearing the end of his recovery period. It is generally considered a four-to-six week injury, although coach Matt Rhule wouldn’t say if the 2019 All-Pro running back will play Sunday at New Orleans. 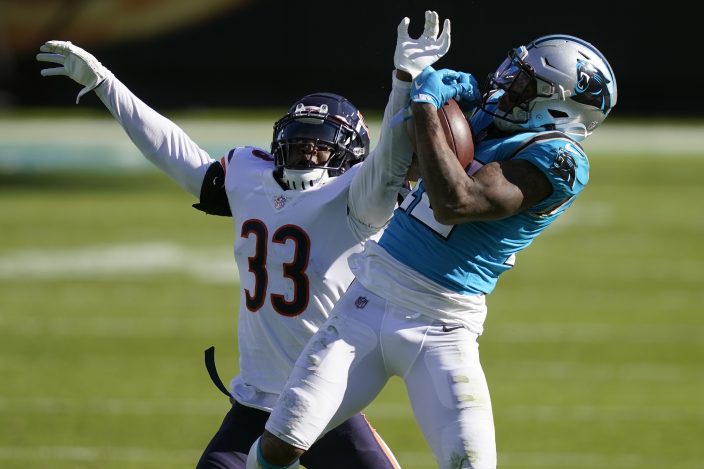 “You’re not going to win games if you don’t punch drives in the red zone in for touchdowns and they’re always field goals,” Panthers coach Matt Rhule said. 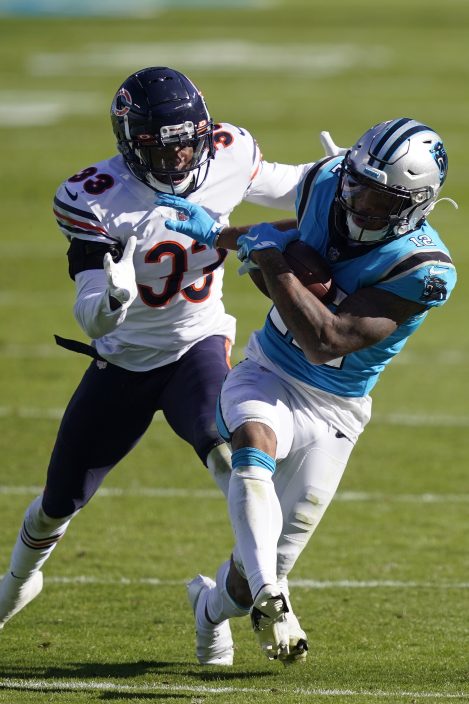 McCaffrey is a huge help in that end of the field because he's so shifty and can make tacklers miss, has a sense for the end zone and commands so much attention that he frees up things for his teammates to make plays. He had four touchdowns in his first two games this season and has found the end zone 36 times in his last 34 games.

"We would love to have him," Rhule said. 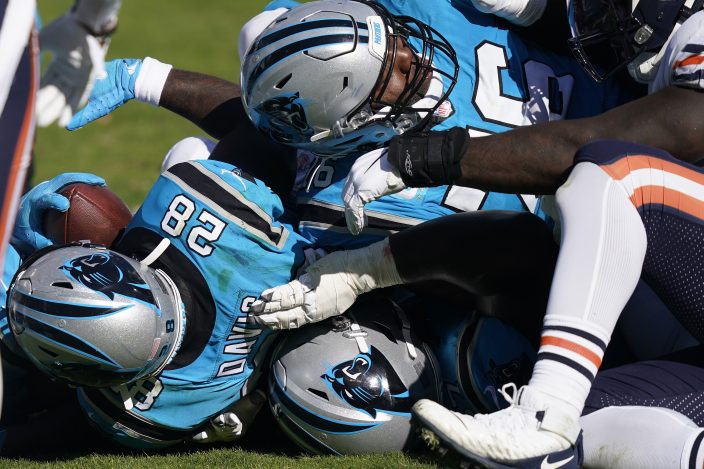 Carolina Panthers running back Mike Davis (28) scores a touchdown against the Chicago Bears during the second half of an NFL football game in Charlotte, N.C., Sunday, Oct. 18, 2020. (AP PhotoBrian Blanco)

Second-year defensive end Brian Burns continues to be Carolina’s best pass rusher. While he has a modest two sacks and two forced fumbles, he's still impacting the game by getting pressure on the quarterback. His six QB hurries are tied for 11th in the league. He added three more on Sunday against Nick Foles. It’s only a matter of time before Burns starts putting up big sack numbers because he’s been close so many times. 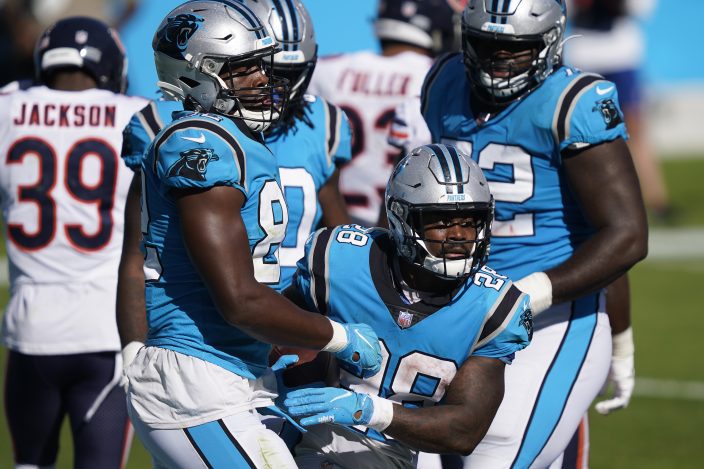 The offensive line simply didn’t play well against the Bears. Chicago sacked Teddy Bridgewater four times and had six quarterback hurries, forcing the QB to scramble eight times on non-designed running plays. The pressure resulted in two interceptions. The run blocking wasn’t good either as Davis and Trenton Cannon were limited to a combined 64 yards rushing on 21 carries, just barely more than 3 yards per carry.

Robby Anderson continues to shed the label of being a “speed” receiver as he finds ways to make the difficult catch and move the chains. Anderson laid out, extending his body to haul in a 38-yard strike down the left sideline against the Bears and finished with four catches for 77 yards. He leads Carolina with 40 receptions for 566 yards and is on pace for a career-high 1,509 yards this season. 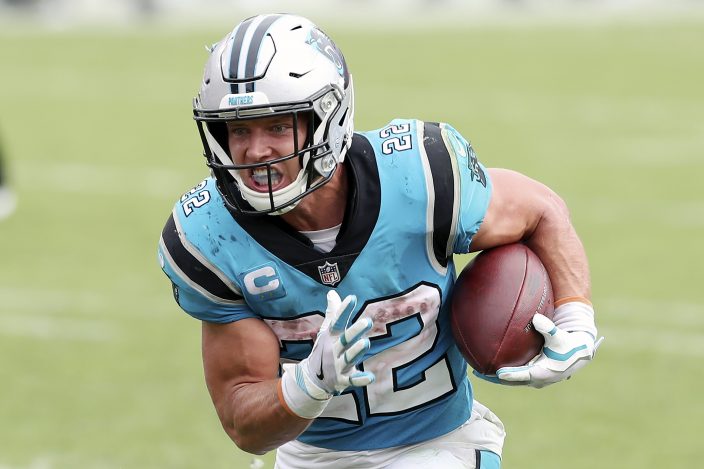 Carolina Panthers running back Christian McCaffrey (22) rushes for a touchdown against the Tampa Bay Buccaneers during the second half of an NFL football game Sunday, Sept. 20, 2020, in Tampa, Fla. The Panthers are eager to get Christian McCaffrey back on the field after he has missed four games with a high ankle sprain. (AP PhotoMark LoMoglio)

The Panthers will need to upgrade their tight end position next offseason. Carolina has gotten almost nothing out of Ian Thomas and Chris Manhertz, who've combined for 10 catches for 74 yards and one touchdown.

Safety Juston Burris was carted off the field with a rib injury on Sunday following a hit in the end zone. It's yet another blow to the young defense. Last week the Panthers lost two-time Pro Bowl defensive tackle Kawann Short to a season-ending shoulder injury and put starting rookie defensive end Yetur Gross-Matos on short-term injured reserve with a high ankle sprain. Meanwhile, top cornerback Donte Jackson has been slowed by a toe injury and played in a limited role Sunday.

3 of 13 — Panthers third-down conversions against the Bears on Sunday.

The Panthers begin a crucial stretch of four games that will likely decide if they have a chance to win the NFC South. Three of those are against division foes. Carolina visits New Orleans on Sunday, then hosts Atlanta, visits Kansas City and is back home for a rematch with Tom Brady and the Buccaneers. At that point the Panthers will have played five of six division games.