A look at what’s happening around the Champions League on Tuesday:

Chelsea starts its group stage campaign as something of an unknown quantity. Spending nearly $300 million on transfers this summer has given manager Frank Lampard a squad swelling in domestic and foreign talent, but there's still the feeling the rookie coach doesn't know his best lineup. There are also concerns about his defense, which has already conceded three goals twice in five English Premier League games and will be without injured goalkeeper Edouard Mendy — one of the new recruits — against Sevilla. The Spanish team is a serial winner of the Europa League, including last season, but has never gone beyond the quarterfinals in the Champions League. It is coming off its first loss this season, to Granada on Saturday. Rennes hosts Krasnodar in the other game as the French and Russian clubs each make their debuts in the Champions League. Watch out for 17-year-old Eduardo Camavinga, a rising star of European football and a product of Rennes' brilliant youth academy. Local authorities are allowing 5,000 fans at Roazhon Park amid coronavirus concerns. 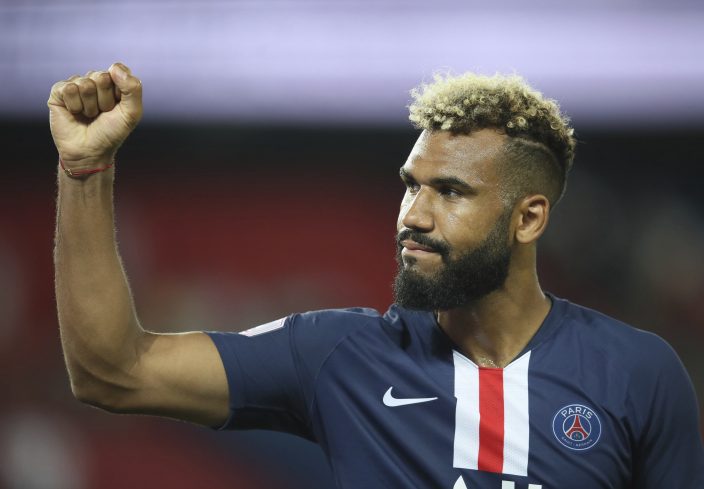 Borussia Dortmund pushed Paris Saint-Germain hard in the first knockout round last season as Erling Haaland scored both goals in a 2-1 first-leg win, before the German team lost the second leg 2-0. Haaland and his strike partner Jadon Sancho return for Dortmund with more experience, but the team can be defensively fragile and will miss the suspended Emre Can against Lazio. Lazio is back in the group stage for the first time in 13 years with European Golden Shoe winner Ciro Immobile facing his former club. Belgian champion Club Brugge has been hit by a wave of coronavirus cases and will travel to Zenit St. Petersburg without goalkeeper Simon Mignolet. The Belgium international tested positive for COVID-19 alongside two other players — Michael Krmencik and Odilon Kossounou. They all have been ruled out and placed in quarantine. Club CEO Vincent Mannaert also returned a positive result and did not make the trip to Russia. Under the helm of striker Hans Vanaken, Brugge has been in great attacking form since the season resumed, scoring 22 goals in nine games to lead the standings. Zenit has a top seeding as Russian champion, but it's been five years since Zenit — or indeed any Russian club — reached the knockout stages.

Juventus is without Cristiano Ronaldo and without its top form entering its opener at Dynamo Kyiv. Ronaldo tested positive for the coronavirus last week while on international duty with Portugal and is still quarantined at home in Turin. Without Ronaldo, Juventus struggled to draw at promoted Crotone 1-1 in Serie A on Saturday. As new Juventus coach Andrea Pirlo has acknowledged, his team is still a work in progress. Barcelona begins its campaign against Ferencváros with new coach Ronald Koeman saying he doesn’t see the Catalan club as the top favorite to win the European title this season. He says Barcelona can go far but there will be other strong teams fighting for the trophy. Ukrainian club Dynamo is back in the group stage for the first time since 2016, and Hungarian champion Ferencváros was last there in 1995.

Paris Saint-Germain hosts Manchester United for one of the standout games of the opening round. They met in the last 16 two seasons ago, when United advanced in dramatic fashion thanks to a stoppage-time penalty winner in the second leg in Paris. A big subplot could be the presence of Edinson Cavani in United's squad for what could be his debut for the English team. He joined as a free agent this month following his departure from PSG, where he scored 200 goals in 301 games. Neymar should be feeling fresh for PSG, last season's beaten finalist, having been left out of the win over Nimes on Friday. PSG coach Thomas Tuchel has fitness concerns over center back Marquinhos and midfielders Marco Verratti and Leandro Paredes. Leipzig, a semifinalist last season, is at home to Istanbul Basaksehir, the Turkish champion, in the other game. Faced with a tricky draw in a group containing two European heavyweights, Leipzig will be keen to make home advantage count against Champions League first-timer Basaksehir in front of 999 fans.

US home price gains accelerate as pandemic shakes up ho ...

MATCHDAY: Southampton looks to keep up hot streak in EPL

MATCHDAY: Belgium can seal finals spot with win over England

MATCHDAY: Spain-Netherlands highlight of round of friendlies