Adam McKay was head writer at “Saturday Night Live” during the 2000 election — a heady era for the sketch show that saw the phrase “strategery” become lodged in the nation’s consciousness, Darrell Hammond’s Al Gore explain his “lockbox” and a blue-suit clad Will Ferrell dance as Janet Reno.

But one of McKay’s most vivid memories from that time was seeing a colleague from Florida filling out his absentee ballot. “I just jokingly said, ’You better hurry up and get that out,” McKay recalls. “It’s going to determine the election.”

Two decades later, McKay has produced the HBO documentary “537 Votes,” a rollicking but precise account of the voter recount in Florida by director Billy Corben and his producing partner Alfred Spellman. The film, which debuts Wednesday on HBO and HBO Max, is a timely reminder of how valuable every vote can be, and the legal battles that can ensue. Corben, the filmmaker of “Cocaine Cowboys” and “The U” and a Florida native, recounts the events from a Miami perspective, opening with the saga of Elián González and tracing how the federal government’s handling of that crisis had enormous ramifications for the vital Cuban-American vote in Florida. All politics, as they say, is local. 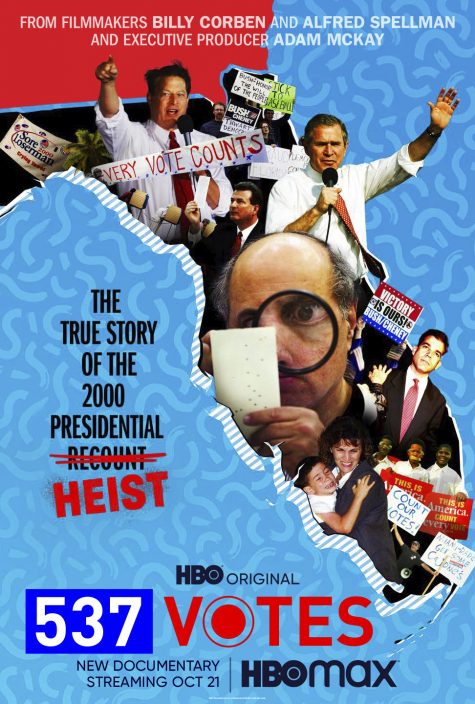 This image released by HBO shows poster art for the documentary "537 Votes," about the 2000 Presidential election. (HBO Max via AP)

It’s also a lively film that resurrects 2000 not just via hanging chads but by following the cultural atmosphere. Alongside interviews with backroom players like Roger Stone, “SNL” sketches make frequent cameos — including some McKay wrote.

In an interview, McKay spoke through a mask by phone from his office in Los Angeles where he’s prepping a comedy for Netflix titled “Don’t Look Up," starring Jennifer Lawrence as an astronomer who with her partner discovers that a giant asteroid is heading toward Earth. The scientists embark on a media tour to warn a disbelieving population about the planet’s imminent doom.

It’s a return to comedy for McKay, who as a filmmaker has tried out varied degrees of satire, veering from broader comedies like “Step Brothers” and “Anchorman: The Legend of Ron Burgundy” to, more recently, increasingly pointed and darker films like “The Big Short” and the 2018 Dick Cheney biopic “Vice.” His projects right now encompass climate change, the pandemic and (in an English-language series based on Bong Joon Ho's “Parasite”) economic inequality. “But we laugh a lot,” he says. “It seems to work.” 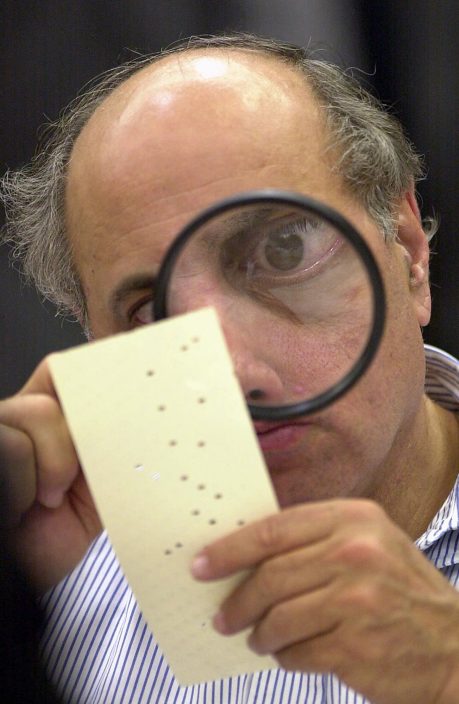 FILE - In this Nov. 24, 2000 file photo, Broward County canvassing board member Judge Robert Rosenberg uses a magnifying glass to examine a disputed ballot at the Broward County Courthouse in Fort Lauderdale, Fla. The Florida recount, with its hanging chads and razor-thin margins, may seem like a long time ago. But a new HBO documentary, produced by Adam McKay, titled “537 Votes” delves into recent history to remind voters this November about how much their ballots can matter. (AP PhotoAlan Diaz, File)

AP: What relevance for this November do you see in “537 Votes”?

McKAY: The obvious part of the movie is that every vote counts. Vote. Vote. Vote. But I think there are other layers. It’s a reminder that we’re living in a fairly long story arc that’s more like 30, 40 years long. When you look at what happened in Miami with that recount, it all feels very familiar just based in a state. You see how the Republican party became activist and now fully radicalized party. You really see it happening at that point, and also with the W. Bush administration. And not to let the Democrats off the hook, you also see the DNC become ineffective and watery and — how I jokingly refer to them — become the Washington Generals.

AP: There are sketches glimpsed in “537 Votes” that you wrote. Could you imagine doing that on “SNL” this election?

McKAY: (Laughs) I’m laughing because I occasionally still have work dreams where somehow I’m back there writing. And I’m like, ‘How did I get back here?’ That’s a hard, hard deal. Everyone’s struggling with these times we’re living through as far as comedy goes. So much of the reality became larger than the comedy.

AP: The stakes of this election seem so high, I wonder what role the usual “SNL”-style parody has.

McKAY: The movie we’re making right now is about a comet that’s going to hit Earth. It’s 40 kilometers wide and it’s a planet killer. Two mid-level scientists have to go on a media tour to warn everybody about this. The entire joke is: how do you go on “Morning Joe” and on Twitter and on Colbert when the stakes are the planet really is going to die? I feel like, without exaggeration, that’s a real through line to everything that’s happening right now, with California on fire, democracy toppling, the pandemic. How do you rise to those stakes? I think you’re going to see a little bit of what happened with World War I in culture and art and comedy and music. That’s what surrealism and Dada came out of. The old forms just feel really rickety right now, and not able to contain the stakes.

AP: Is it strange to be working on a film about people denying science when many are rejecting the advice of health officials?

McKAY: I think it’s the strangest thing I’ve ever experienced in my life. I wrote it before this all happened. I wrote it obviously very pointedly toward global warming. It’s not the most clever analogy but I felt like it was a metaphor that could contain a lot. It’s crazy. There are jokes in the script that are exactly happening almost every day. One joke I’ll give away is that they’re passing a funding bill to create the ships to send up to deflect the comet. The president is explaining how they have to play a little bit of politics and there’s a tax cut for the 1%. Sure enough, the first pandemic bill there was a tax cut for the 1%.

AP: You’re currently in pre-production on that after shooting was delayed by COVID-19. How’s it going?

McKAY: So far we’re clean. We had 180 tests last week, zero positives. I think we’re getting new results today, fingers crossed another week of no positives. I don’t know if we’ll be able to do it but we’re going for it. Netflix has been incredible. They’re willing to spend as much as possible to make sure it’s safe, so we’re charging forward.

AP: You’re also developing a series for HBO about the race for a COVID-19 vaccine. It must be difficult when you don’t know how the story ends.

McKAY: Exactly. We, (producer) Todd Schulman and I, felt like we needed something to focus on that’s like potentially a positive, that goes back to those stories of mankind working together as a whole to do great good — the polio vaccine, the mobilization to fight the Nazis. A lot about it is playing out that way.