Uncapped flanker Du Plessis Kirifi and prop George Bower have been drafted into New Zealand’s squad for the Rugby Championship in Australia.

Bower is needed because loosehead Joe Moody sustained a head injury in Sunday’s win over Australia in the second Bledisloe Cup test and prop Nepo Laulala is on paternity leave. Kirifi is also required because of the absence on parental leave of backrower Ardie Savea.

Centers Ngani Laumape and Peter Umaga-Jensen and lock Mitchell Dunshea previously joined the All Blacks squad as injury cover and have been retained to travel. 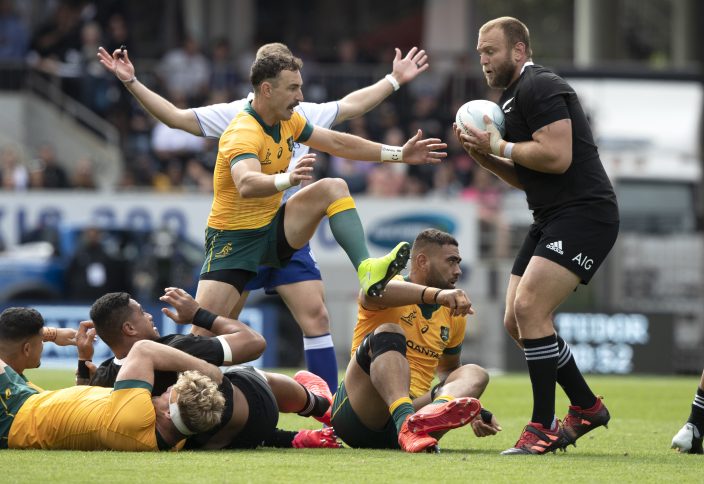 New Zealand's Joe Moody takes the ball as Australia's Nic White moves in for the tackle during the second Bledisloe Rugby test between the All Blacks and the Wallabies at Eden Park in Auckland, New Zealand, Sunday, Oct. 18, 2020. (AP PhotoMark Baker)

New Zealand will take 36 players to the Rugby Championship, reduced to three nations and six matches by the withdrawal of World Cup champion South Africa.

The squad otherwise is the same as the one which drew 16-16 with Australia in the first Bledisloe Cup test in Wellington and won 27-7 in Auckland.