ON THE TRAIL: President Donald Trump will be in Pennsylvania. 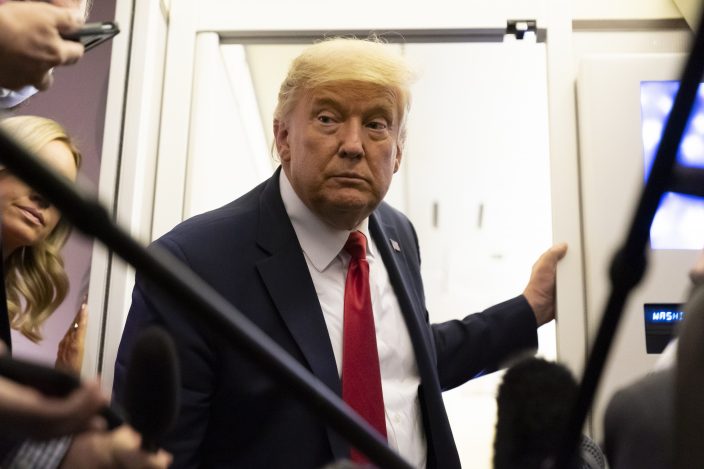 President Donald Trump leans in to hear a question as he speaks with reporters while in flight on Air Force One after a campaign rally at Tucson International Airport, in Tucson, Ariz., Monday, Oct. 19, 2020, while en route to Andrews Air Force Base, Md. (AP PhotoAlex Brandon)

TRUMP SPENDING: Trump’s sprawling political operation raised well over $1 billion since he took the White House in 2017 — and set a lot of it on fire. Now, with two weeks until the election, his campaign acknowledges it is facing difficult spending decisions at a time when Democratic nominee Joe Biden has flooded the airwaves with advertising. That has put Trump in the position of needing to do more of his signature rallies during the coronavirus pandemic while relying on an unproven theory that he can turn out infrequent voters who nonetheless support him at historic levels.

‘RUNNING ANGRY’: Trump has come out swinging against Dr. Anthony Fauci and polls that show Trump trailing Biden in key battleground states. The president is trying to buck up his team two weeks out from Election Day as he campaigns out West. He’s dismissing the cautionary coronavirus advice of his scientific experts. Trump, back on the trail after his own hospitalization for COVID-19, blasted government scientists for their criticism of his handling of the pandemic and called Fauci “a disaster.” 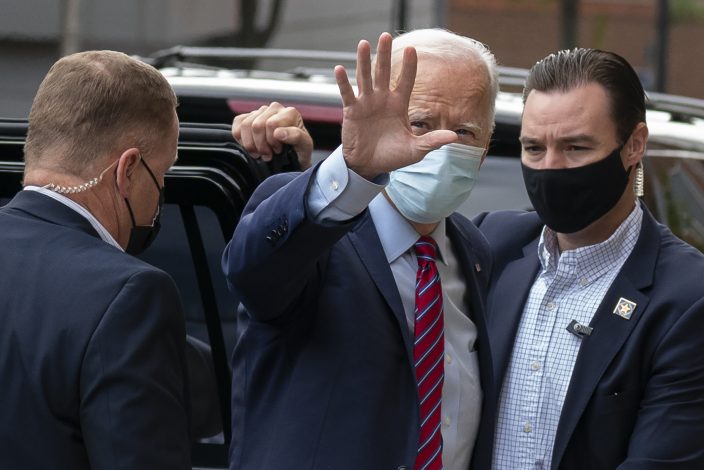 GOP BRIGHT SPOT: The Republican Party has cut into Democrats’ advantage in voter registration tallies across some critical presidential battleground states, a fact they point to as evidence of steady enthusiasm for Trump and his party. Even as Trump trails in national polls and struggles with fundraising, Republicans see their progress signing up voters in Florida, Pennsylvania, Arizona and other states as a rare bright spot. Democrats appear to have been set back by their decision to curb in-person voter registration drives during much of the pandemic.

BALLOT VERDICT: The U.S. Supreme Court will allow Pennsylvania to count mailed-in ballots received up to three days after the Nov. 3 election, rejecting a Republican plea in the presidential battleground state. The justices divided 4-4, an outcome that upholds a state Supreme Court ruling that required county election officials to receive and count mailed-in ballots that arrive up until Nov. 6, even if they don’t have a clear postmark, as long as there is not proof it was mailed after the polls closed.

QUOTABLE: “People are tired of hearing Fauci and all these idiots. Every time he goes on television, there’s always a bomb. But there’s a bigger bomb if you fire him. But Fauci’s a disaster.” — Trump on Fauci, the federal government’s top infectious disease expert. 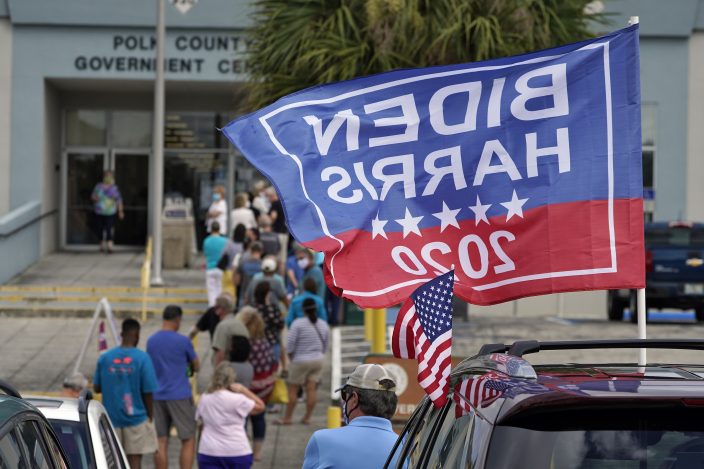 A BidenHarris 2020 flag flies in the breeze as voters wait in line Monday, Oct. 19, 2020, in Lakeland, Fla. Floridians began early voting in much of the state Monday with no serious problems reported as the Trump campaign tries to cut into an early advantage Democrats have posted in mail-in votes in the key swing state. (AP PhotoChris O'Meara)

Some states allow ballots if voters die before Election Day

Q&A: Adam McKay on the lessons of the 2000 recount