Real Madrid captain Sergio Ramos looks set to be sidelined for their opening Champions League match against a Shakhtar Donetsk squad depleted by the coronavirus.

Ramos is nursing a left knee injury and did not practice with the squad on Tuesday. He took a knock on the knee on Saturday in the first half of the 1-0 home loss to Cádiz in the Spanish league and was substituted at halftime.

“We don’t want to take any risks,” Real Madrid coach Zinedine Zidane said on Tuesday, a day before the team hosts Shakhtar. “He hasn’t been able to practice normally.” Three days after facing Shakhtar, Real Madrid has its biggest match of the season so far — the clásico against Barcelona at Camp Nou Stadium on Saturday.

Ramos has been key for Madrid recently, in defense and in attack. He was among the team's top scorers after the league resumed last season, helping to lead Madrid to its first Spanish league title in three years. The 34-year-old defender was suspended from the Champions League match against Manchester City last season, when Madrid was eliminated in the round of 16.

Zidane still won’t be able to count on Eden Hazard because of a lingering muscle injury. The forward has yet to make his season debut for Madrid. 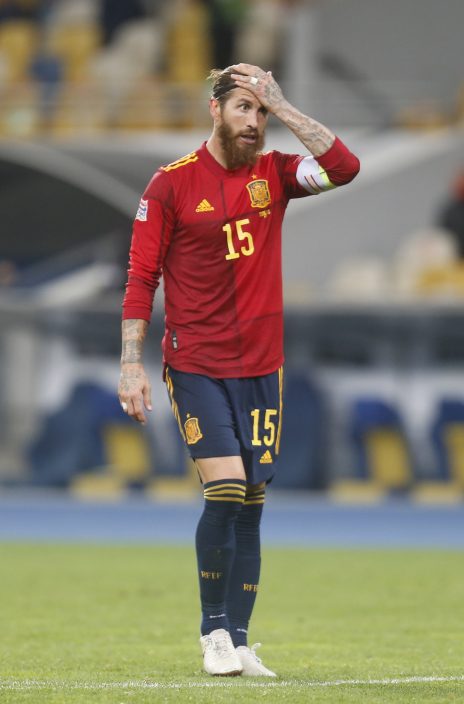 “His injury was worse than expected,” Zidane said. “We hope that he can come back soon and that he can play the whole season with us.”

Shakhtar was in Spain without several players who were not fully fit after going into isolation because of positive COVID-19 test results. Coach Luís Castro said several players did not make the trip to Madrid.

“Of course (Ramos' absence) can affect them, but we can't really compare,” Castro told the Spanish daily Marca. “We had some 10 players who may not even be able to play 20 minutes. We played our last match with seven under-20 players.”

This game will be at the 6,000-capacity Alfredo Di Stéfano Stadium at Madrid’s training center as renovation work at Santiago Bernabéu Stadium remains ongoing. Also, fans are not allowed into matches because of the pandemic.

Madrid, a 13-time Champions League winner, couldn't get past the round of 16 in the last two seasons.

The other Group B teams are Inter Milan and Borussia Mönchengladbach, who meet in Italy on Wednesday.