Britain’s upper house of Parliament delivered a resounding condemnation of the government’s contentious new Brexit legislation on Tuesday, as a standoff continued between the U.K. and the European Union over future trade relations.

The House of Lords voted 395-169 to add words to the Internal Market Bill expressing “regret” for the legislation and saying it “would undermine the rule of law and damage the reputation of the United Kingdom.”

The bill breaches part of the legally binding Brexit withdrawal agreement by allowing Britain to override key provisions on Northern Ireland, the only part of the U.K. that shares a land border with the EU. The U.K. government says the bill is needed as an insurance policy to ensure smooth trade among all parts of the U.K. no matter what happens after Brexit. 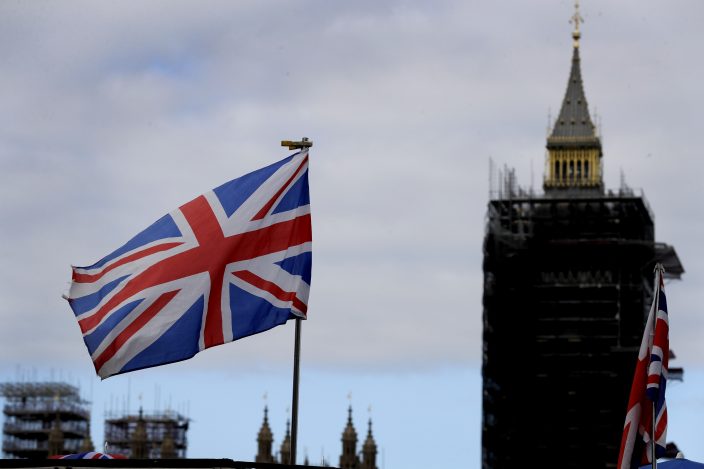 The Union flag flies above a souvenir stand in front of Big Ben in London, Friday, Oct. 16, 2020. Britain’s foreign minister says there are only narrow differences remaining in trade talks between the U.K. and the European Union. But Dominic Raab insists the bloc must show more “flexibility” if it wants to make a deal. (AP PhotoKirsty Wigglesworth)

The bloc sees it as a flagrant breach of an international treaty that British Prime Minister Boris Johnson himself signed less than a year ago.

Scores of peers spoke in the Lords to condemn the bill before Tuesday’s vote, which is likely to be the first of many attempts to derail the legislation.

“This bill seeks to make Parliament complicit in a scheme that openly flouts two foundational principles -- that agreements once made should be kept and that government is not above the law,” said David Anderson, an independent member of the Lords. “How could we possibly go along with that?” 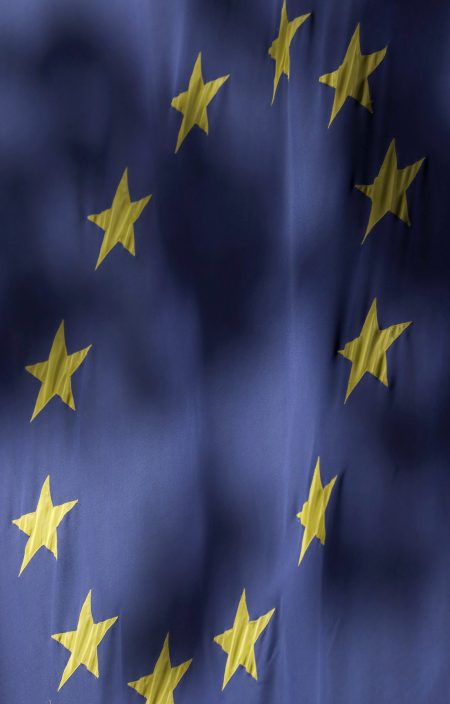 The stars of the EU flag are seen at the Europa House in London, Monday, Oct. 19, 2020. According to media reports, European Commission vice president Maros Sefcovic has met Chancellor of the Duchy of Lancaster Michael Gove for talks on the EU-UK trade deal. (AP PhotoFrank Augstein)

The bill has been approved by the House of Commons, but faces strong opposition in the Lords, where Johnson’s Conservative Party doesn't have a majority. Members of the unelected Lords will try to amend it in the coming weeks before sending it back to the elected Commons, which gets the final say.

The legislation has soured talks between Britain and the EU on a new trade deal. Britain left the EU politically on Jan. 31, and will make an economic break when a transition period expires on Dec. 31.

U.K.-EU talks ground to a halt last week, with each side calling for the other to compromise in order to secure agreement. The EU said it was happy to keep talking, but Johnson said negotiations were over unless there was a “fundamental” shift from the bloc. He told British businesses to prepare for a no-deal economic break with the EU at the end of the year. 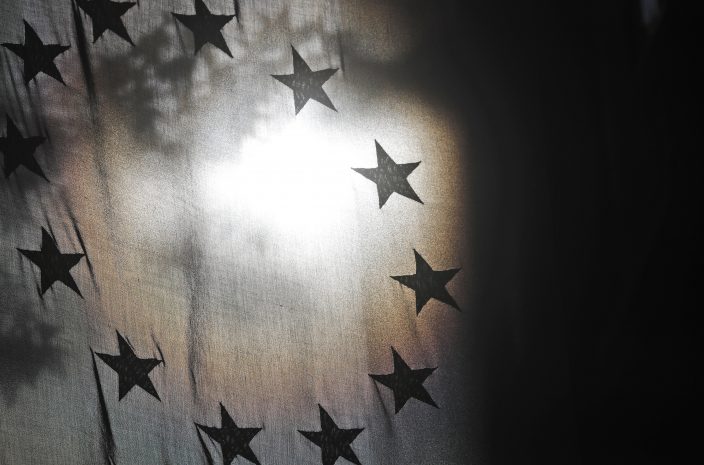 The stars of the EU flag are seen against the sun at the Europa House in London, Monday, Oct. 19, 2020. According to media reports, European Commission vice president Maros Sefcovic has met Chancellor of the Duchy of Lancaster Michael Gove for talks on the EU-UK trade deal. (AP PhotoFrank Augstein)

EU chief negotiator Michel Barnier and his British counterpart, David Frost, spoke by phone Tuesday for a second straight day, without any breakthrough.

The British prime minister’s office called the conversation “constructive,” but also said nothing had changed since a day earlier, when the U.K. said talks could only resume if the bloc accepted “that movement needs to come from the EU side as well as the U.K.”

Barnier tweeted that he’d told Frost: “My message: we should be making the most out of the little time left. Our door remains open.”

On Football: About those rising NFL teams, never mind.

Brexit: Trade deal 'may not succeed' before year end