With much of the classical music industry shuttered by the novel coronavirus pandemic, one of the leading management agencies has been acquired by an unusual buyer in an unconventional transaction.

The San Francisco Conservatory of Music announced Tuesday that it had purchased Opus 3 Artists, which represents about 250 musicians and attractions, a group that includes conductors Daniel Barenboim, James Conlon, Christoph Eschenbach and cellist Yo-Yo Ma.

David Stull, president of the San Francisco Conservatory of Music, would not reveal the monetary details of purchasing the management agency. 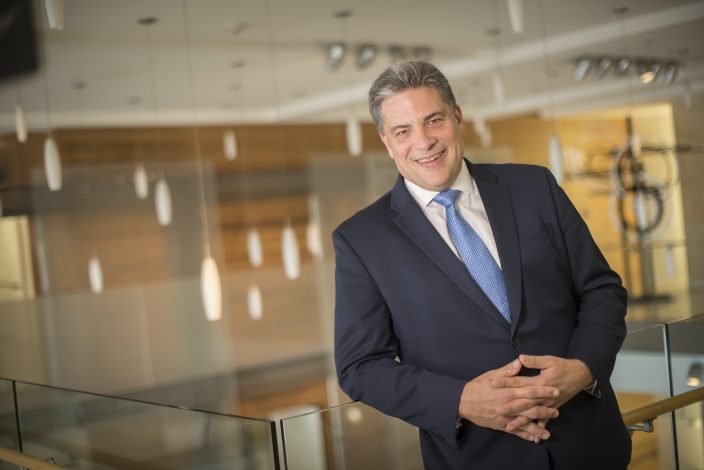 Opus 3 president David Foster said the coronavirus pandemic — which brought live performances to a halt in March — led the agency to evaluate the future.

“As the COVID thing hit and we had to reduce our staff,” Foster said, “it became clear we were going to have much reduced income. So the question is then, what do you do?”

Stull had been discussing with a donor the possibility of funding an agency takeover. He is not identifying the donor or the amount now but says he hopes to reveal the identity at some point.

“We could have, I think, made a partnership with another commercial enterprise but that wouldn’t have given us the breadth of possibility, both for the artists and in a broader sense to the art form,” Foster said.

Foster said the agency would have an arms-length relationship with students at the San Francisco conservatory and will continue to recruit clients from Juilliard, Curtis, Eastman and elsewhere. The transaction was needed because the pandemic made future income streams unpredictable.

“Will the public come back and in what numbers?” he said.

Columbia Artists Management Inc., one of the leading agencies, announced on Aug. 29 that it was shutting down. Foster worked for CAMI from 1972-94.

The conservatory, which serves about 500 students, broke ground two years ago and is in the process of opening the Bowes Center building in San Francisco. Opus 3 has 27 employees, and there are cost savings in combining back-of-house, administrative and recording functions.

“We realized there is a real synergy here that could be possible, that could really assist us in meeting so many of the challenges in the classical music industry relative to the economics of these things,” Stull said. “I hope we’re going to see more alliances like this emerging, which financially creates enormous power and opportunity for both organizations. But to get to those alliances, you have to let go of what I would describe as some of the qualities of corporate ego, which has traditionally been essentially a real significant part of classical music.”

“Having a constant influx of artists who are interested in doing outreach in communities or excellent work and recording projects and having our students converge with that activity educationally, that’s extraordinary,” Stull said.