The acclaimed animator behind such powerful figures as Ariel, Aladdin, Tarzan and Rapunzel has a new heroine and she's going further than any of his creations — the moon.

Twelve-year-old Fei Fei builds a handmade rocket to blast into outer space in the new Netflix movie musical “Over the Moon,” the first animated film backed by a major Hollywood studio to feature an entirely Asian cast. 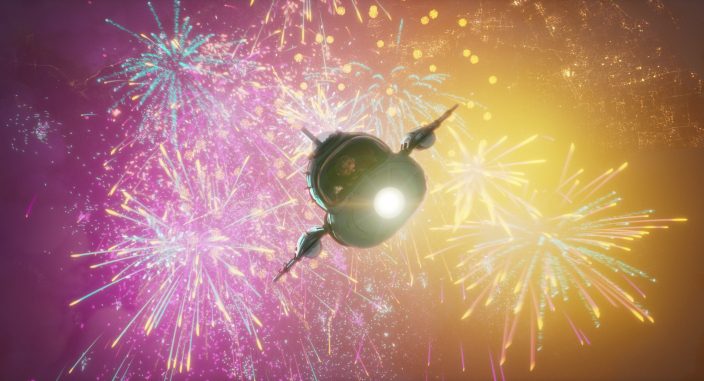 This image released by Netflix shows characters Bungee the rabbit, left, and Fei Fei, voiced by Cathy Ang, in a scene from "Over the Moon." (Netflix via AP)

It opens and closes in modern day China, but the bulk of the film is set in Lunaria, an imaginary kingdom on the dark side of the moon that's filled with glowing, bubblegum-colored blobs and where the laws of physics are tossed out.

The transition — from hyperreal cooked crabs that glisten in a bowl in the first 30 minutes of the film to amorphous, gooey Candyland critters 30 minutes later — is jarring. The sequences on the moon grow tiresome, despite huge toads that fly and squeaky-voiced critters.

It film starts with Fei Fei on her quest to meet the mythical Moon Goddess, Chang’e. The immortal goddess lives on the moon waiting to reunite with her mortal love, the archer Houyi. Fei Fei’s mother tells her the legend before she gets sick and dies. 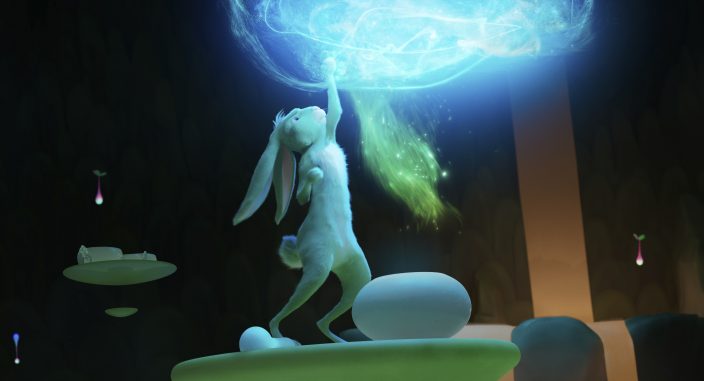 This image released by Netflix shows the character Jade Rabbit in a scene from "Over the Moon." (Netflix via AP)

The film jumps four years into the future and Fei Fei's dad is considering re-marrying, a horrific prospect for his daughter. Fei Fei reasons that if she can prove that Chang’e — and eternal love — really do exist, her dad will ditch his new girlfriend. “I just want things back the way they were,” she says. So she starts building a rocket.

Grief was part of the film’s DNA: Screenwriter Audrey Wells died of cancer in 2018 while the film was being made and the final product is dedicated to her memory, with some lines like “you have to move on” all the more poignant.

Unfortunately, the film has echoes of previous animated fare — like the missing mother and engineering-bent of the young heroine from “Wonder Park” — and the assortment of adorable sidekicks from “Frozen 2.” It also recalls the trippy Technicolor shift from “The Wizard of Oz.” 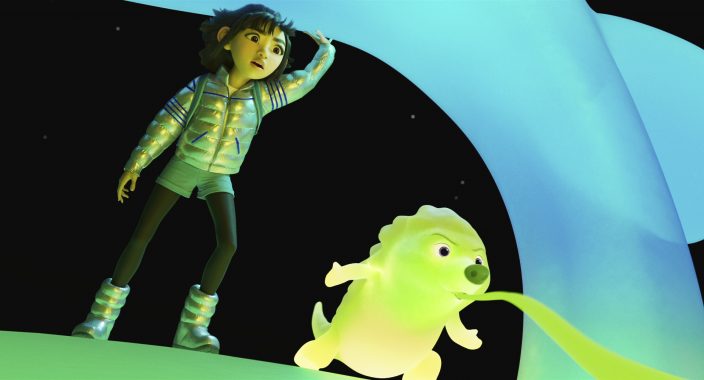 This image released by Netflix shows characters Fei Fei, voiced by Cathy Ang, left, and Gobi, voiced by Ken Jeong in a scene from "Over the Moon." (Netflix via AP)

The original songs include eight varied and delightful ones by the writing team of Christopher Curtis (Broadway’s “Chaplin”), Marjorie Duﬃeld and Helen Park (off-Broadway’s “KPOP”).

EDM, hip-hop, folk and Broadway all take turns shining in such songs as “On the Moon Above,” “Mooncakes,” “Rocket to the Moon,” “Ultraluminary,” “Hey Boy,” “Wonderful,” “Yours Forever” and “Love Someone New.” The movie also uses traditional Chinese instruments, like the pipa and guzheng, while singing in Mandarin is heard.

Director Glen Keane, who worked on “The Little Mermaid” and “Aladdin” among many others, brings much of his Disney experience to “Over the Moon,” this time making his feature directorial debut. He’s now helped Netflix get into the animated musical game, thanks to this collaboration between China’s Pearl Studio and Sony Pictures. 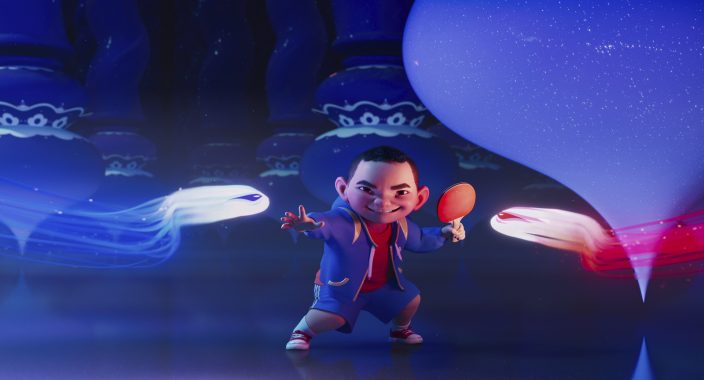 This image released by Netflix shows animated character Chin, voiced by Robert G. Chiu, in a scene from "Over the Moon." (Netflix via AP)

Fei Fei's build up for her moonshot and the launch is perhaps the most thrilling element of the film and the animators have put a great deal of thought into expressions for both kids and adults. The food pops and even the wind is expressive. But the film looses coherence and urgency on the dark side of the moon.

Truth be told, Chang’e — voiced fantastically by Soo — is a bit of an Oz-like dictator, a lunar diva whose emotions determine everything on Lunaria. She introduces herself with a boastful K-pop banger “Ultraluminary” — “Ya ready to watch me be legendary?” — like Katy Perry on steroids. “She's nothing like Mama said,” points out Fei Fei.

There are also Angry Birds-like motorcycle-riding chickens — biker chicks, get it? — and a blobby lunar dog called Gobi which is a little too close to Josh Gad’s goofy and endearing Olaf character from “Frozen.” 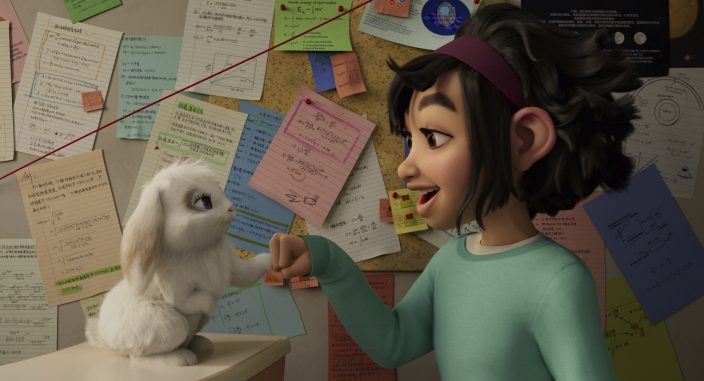 This image released by Netflix shows characters Bungee the rabbit, left, and Fei Fei, voiced by Cathy Ang, in a scene from "Over the Moon." (Netflix via AP)

Add a small frog, an adorable bunny, a possible step-brother and a magical hare and things get overloaded. It's a shame that viewers after a while will long for the pull of gravity.

“Over the Moon,” a Netflix/Pearl Studio release, is rated PG for “some thematic elements and mild action.” Running time: 99 minutes. Three stars out of four. 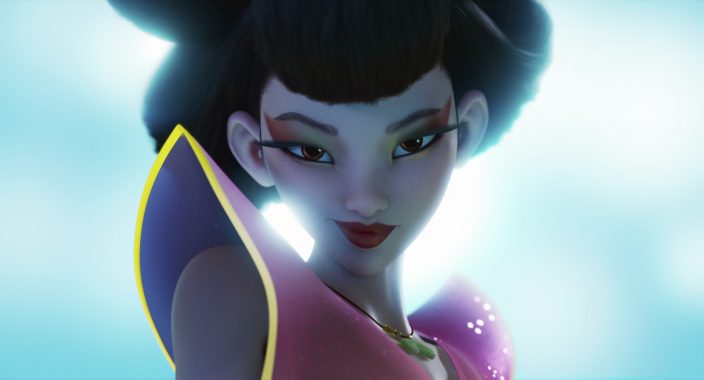 This image released by Netflix shows the character Chang'e, voiced by Phillipa Soo, in a scene from "Over the Moon." (Netflix via AP)