Two days after scoring a game-winning touchdown in the final minutes, rookie linebacker Tae Crowder was placed on injured reserve with a hamstring injury by the New York Giants.

The last player taken in the NFL draft and the current Mr. Irrelevant, Crowder scored on a 43-yard fumble return with 3 1/2 minutes to play to give the Giants a 20-19 win over Washington on Sunday.

Crowder did not mention an injury in a virtual conference call after the game. He did not participate in walk-through practices on Monday and Tuesday and was placed on IR late in the afternoon. 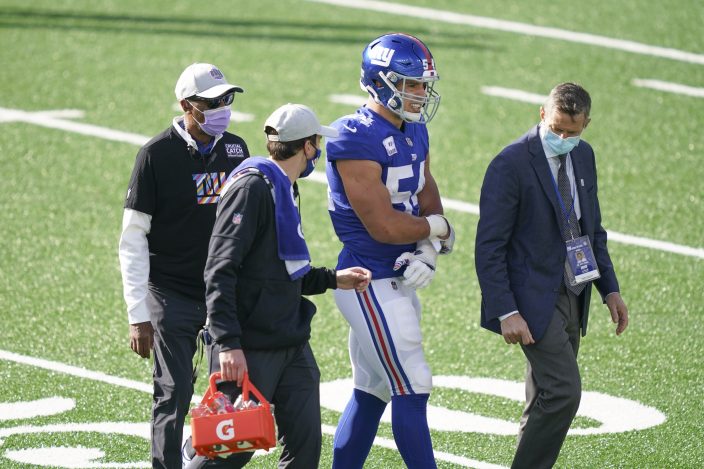 New York Giants inside linebacker Blake Martinez (54) reacts after being hurt during the second half of an NFL football game against the Washington Football Team, Sunday, Oct. 18, 2020, in East Rutherford, N.J. (AP PhotoJohn Minchillo)

The win was the Giants' first in six games under new coach Joe Judge and it remarkably put them back in the race for the NFC East division title.

Coupled with losses by Dallas (2-4) and Philadelphia (1-4-1), the Giants (1-5) are tied with Washington for second place in the division with 10 games left in the regular season.

Crowder, who had 10 tackles against Washington, will be sidelined at least three games, the first on Thursday night in Philadelphia. 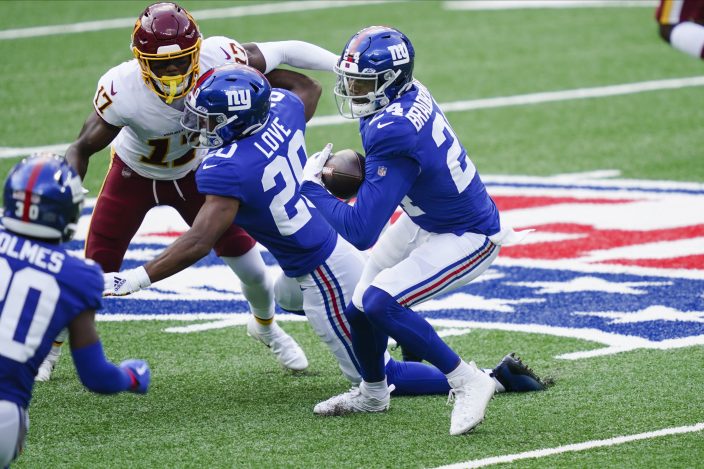 New York Giants cornerback James Bradberry (24) runs back an interception during the first half of an NFL football game against the Washington Football Team, Sunday, Oct. 18, 2020, in East Rutherford, N.J. (AP PhotoJohn Minchillo)

The Giants plan to sign veteran defensive end Jabaal Sheard. He played for Jacksonville on Sunday. His practice squad contract with the Jaguars was terminated.

Sheard will not be eligible to play for the Giants until their next game against Tampa Bay on Nov. 2. He has played for Cleveland, New England, Indianapolis and Jacksonville in a 10-year career. He won a Super Bowl with the Patriots in 2016 when Judge was the special teams coordinator.

NOTES: WR Sterling Shepard practiced for the first time since being put on injured reserve with a turf toe injury sustained in the second game of the season. Judge did not say whether he will play Thursday. ... WR C.J. Board (concussion) and DB Adrian Colbert (shoulder) also did not participate in Tuesday's walk-through workout. DB Darnay Holmes (neck) and Darius Slayton (foot) were limited. ... LB Trent Harris, who was active for Sunday's game but did not play, reverted back to the practice squad. ... S Sean Chandler, who has been with the Giants since 2018, was signed off the practice squad by Carolina. Panthers coach Matt Rhule was Chandler’s first head coach at Temple. 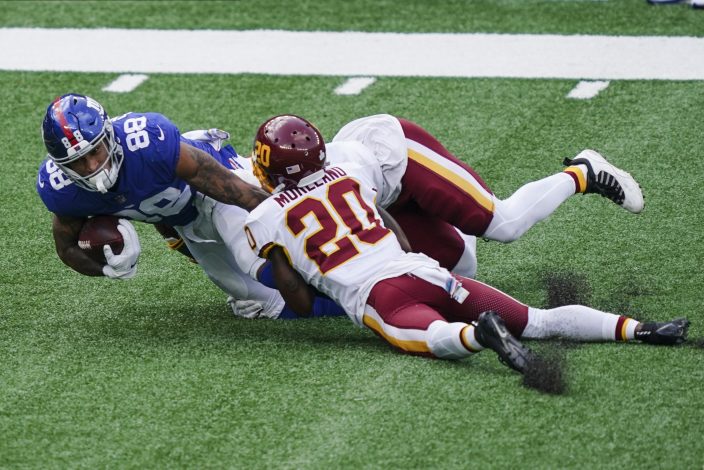 Rampaging bear in Japan injures 4 before being shot dea ...

A wild brown bear on the the loose ...

Portugal has the European Champion ...