Seven auto companies have plans to roll out new battery-powered pickup trucks over the next two years, aiming to cash in on a popular and lucrative market for expensive vehicles.

General Motors is among them, and on Tuesday its GMC brand introduced a new electric Hummer pickup, with a high-end version due in showrooms sometime in the fall of next year.

The Hummer will be joined by crosstown rival Ford's electric F-150, Tesla's Cybertruck and pickups from four startup companies. All intend to start producing them between June of next year and the end of 2022. 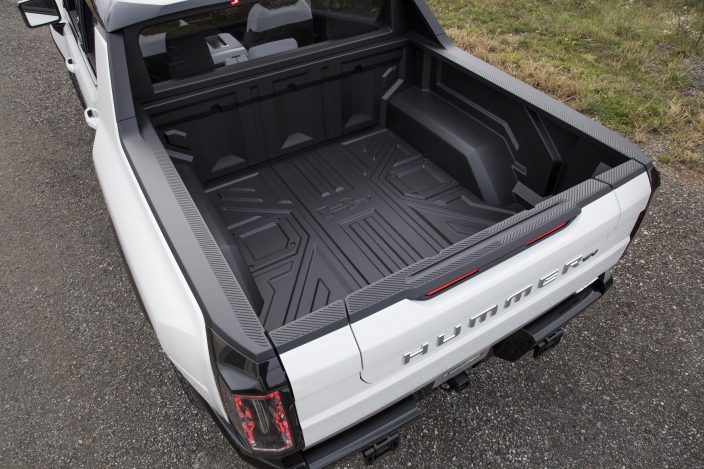 This photo provided by General Motors Co. shows a view of the 2022 GMC Hummer EV. On Tuesday, Oct. 20, 2020, the company's GMC brand introduced the new electric Hummer pickup, with a high-end version due in showrooms sometime in the fall of 2021. (Courtesy of General Motors Co. via AP)

Prices announced thus far show they range from roughly $40,000 for a base Cybertruck to a loaded off-road Hummer “Edition 1” that will start at more than $112,000.

Last year, U.S. consumers bought more than 3 million pickups of all sizes. Ford's F-Series for decades has been the nation's top-selling vehicle, and the company sold close to 900,000 in 2019. This year, with sales depressed by the coronavirus, pickup sales have been a beacon of strength for automakers, which are trying to make up for production lost when factories were forced to close earlier in the year. 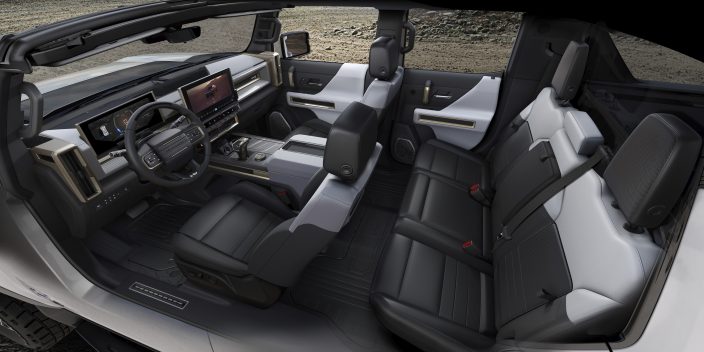 This photo provided by General Motors Co. shows the interior of the 2022 GMC Hummer EV. On Tuesday, Oct. 20, 2020, the company's GMC brand introduced the new electric Hummer pickup, with a high-end version due in showrooms sometime in the fall of 2021. (Courtesy of General Motors Co. via AP)

Big pickups now start around $30,000, but can run over $90,000 when loaded with options. The average light-duty full-size pickup cost nearly $50,000 in September, while heavy-duty trucks averaged over $62,000, according to Edmunds.com, which provides content to The Associated Press.

Experts say that since buyers are willing to pay more for trucks, it's likely they'll also be willing to shell out the cost of electric batteries and motors, which now are more expensive than gas or diesel trucks. But the automakers are taking a risk, and it remains to be seen what the actual selling prices will be, says Eric Ibara, director of residual vehicle values for Cox Automotive.

“What is the underlying demand for electric trucks? We don't know. It's somewhat of a risky venture for the established truck manufacturers like Ford and GM and Ram,” he said.

It's likely the Detroit automakers are defending their turf from Tesla's Cybertruck, fearing that Tesla might take sales from pickups much like it did in the luxury car market, Ibara said.

“They don't want to see their grip on full-size trucks end up in the same way,” he said.

Even with the large number of electric trucks coming, Ibara sees SUVs as the big market for consumers.

But the electric trucks also could appeal to businesses, which could unload gasoline costs in favor of cheaper electricity in many places. They also could take advantage of the big batteries by using the trucks to power tools on job sites instead of a generator. Most of the trucks will be able to travel more than 250 miles (400 kilometers) on a single charge, with the Hummer going at least 350 miles (560 kilometers) in early testing.

Luis Venegas, owner of LG Landscaping in Richfield, Minnesota, said he may consider an electric truck in the future, but for now he loves his Ford heavy-duty diesel to carry equipment for his small business. He worries that if he goes electric, there won't be a charging station nearby if he needs it.

“A diesel you can fill up anywhere,” he said.

The Hummer will be a bit pricey at first with lots of standard goodies like a three motors that generate 1,000 horsepower for towing and hauling. The truck can go from zero to 60 mph (97 kilometers per hour) in about three seconds. It also has a “crab walk” feature that lets the front and rear wheels steer at the same angle at low speeds so it can move diagonally around obstacles.

Less-expensive versions will be rolled out until 2024, when the EV2 arrives starting at just under $80,000.

Ed Williamson, owner of a GMC dealership in Miami, said he looks forward to getting the new truck. Before the Hummer brand went out of business about a decade ago, Williamson had one of the top-selling dealerships in the nation.

“It's because this ZIP code has mucho machismo,” he said.

The new electric Hummer should appeal to those seeking to stand apart from others, Williamson said. It also could appeal to businesses wanting to get noticed.

“I think it's wonderful that they've taken this vehicle that was the icon of anti-green, if you will, and made it the opposite," he said.