Tyler Glasnow had already given up Cody Bellinger’s two-run homer and four of his six walks when he went back out for the fifth inning.

Tampa Bay manager Kevin Cash might have waited a smidge too long to go to his bullpen in Game 1 of the World Series.

Glasnow was charged with all four runs in the small-ball fifth by the Los Angeles Dodgers — three singles, four walks and three stolen bases that tied a Fall Classic record — as the Rays lost 8-3 on Tuesday night in the franchise's first Series game since 2008. 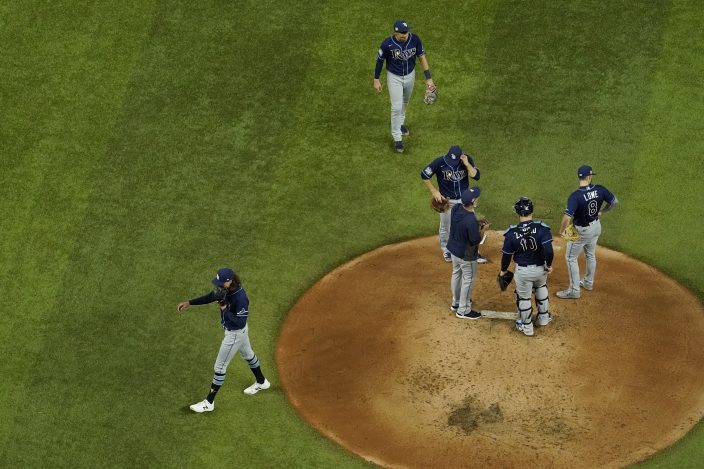 The 6-foot-8 Glasnow started fast enough in his first World Series start, pumping the occasional 100 mph fastball while matching postseason veteran Clayton Kershaw out for out through three innings.

But after striking out three around the second of his three walks to Corey Seager in the third, Glasnow walked Max Muncy to start the fourth. Two batters later, Bellinger hit the fastest pitch he ever has for a homer (98.2 mph).

Glasnow, who struck out eight, started the fifth with consecutive walks to Mookie Betts and Seager, but Cash stayed with him long enough to give up Muncy's run-scoring fielder's choice and Will Smith's soft single to center. 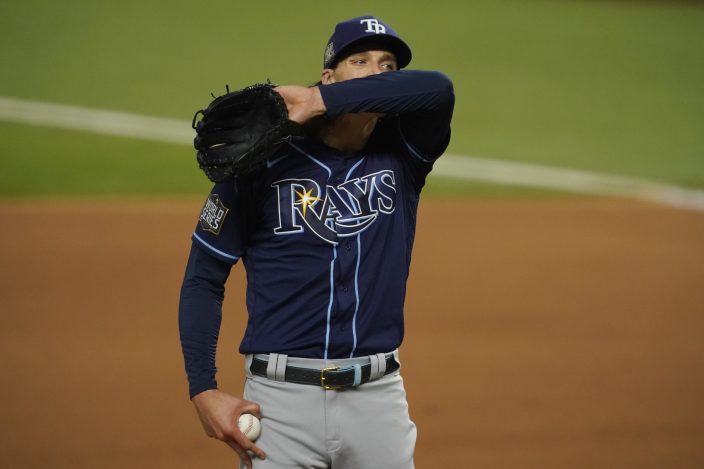 The six runs were the most Glasnow has allowed in seven postseason starts. The six walks and 112 pitches were career highs for the 27-year-old right-hander.

When he finally pulled Glasnow, Cash was boxed in because he needed lefty reliever Ryan Yarbrough to face the left-handed Bellinger, who popped out.

Yarbrough had to stay because of the three-batter minimum, and righty-hitting Chris Taylor had an RBI single before Kiké Hernández pinch-hit for the lefty Joc Pederson and singled in another run.

Glasnow, one of the shrewd moves that helped the Rays get this far when he was acquired for ace Chris Archer at the trading deadline two years ago, had to pitch the opener because Tampa Bay struggled to close out Houston after winning the first three games in the AL Championship Series.

Aces Blake Snell and Charlie Morton had to pitch Games 6 and 7, with Morton winning as the Rays avoided joining the New York Yankees (2004 ALCS against Boston) as the only teams to blow 3-0 leads in the postseason.

Snell is the probable starter for Game 2 on Wednesday night, with Morton the logical choice in Game 3 after the first scheduled day off in the middle of a postseason series in this pandemic-altered season.