Cody Bellinger bashed a home run in the World Series opener, and celebrated with his Los Angeles Dodgers teammates.

Foot taps — not forearm knocks. Much easier on his delicate right shoulder that popped out of its socket during a home run celebration in Game 7 of the NL Championship Series.

Bellinger’s two-run shot gave the Dodgers a 2-0 lead in the fourth inning and they went on to an 8-3 victory over the Tampa Bay Rays on Tuesday night. 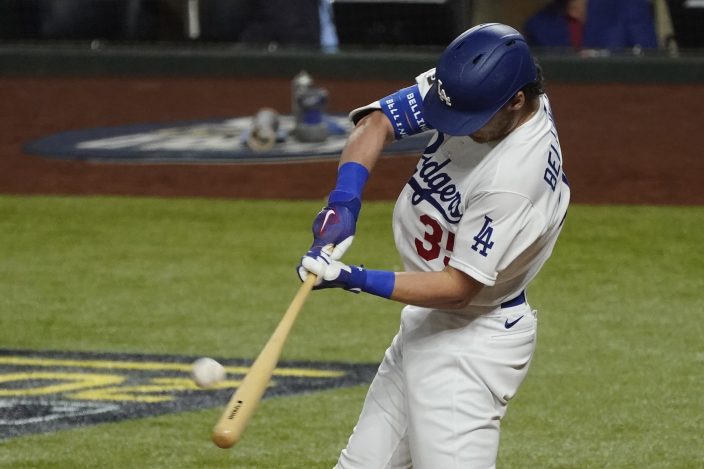 Instead of jumping up and banging elbows, a grinning Bellinger ran up to teammate Max Muncy and exchanged foot taps before making his way down a line of Dodgers doing the same thing.

Bellinger and Mookie Betts traded taps with their right feet as Justin Turner laughed, Will Smith clapped and manager Dave Roberts appeared to be smiling behind his face mask.

There had been concern about Bellinger's shoulder after the Dodgers wrapped up the NLCS against the Atlanta Braves. He said it felt sore going into the World Series. His shoulder took another hit in the seventh, when he crashed into the center-field wall trying unsuccessfully to corral Joey Wendle's double. 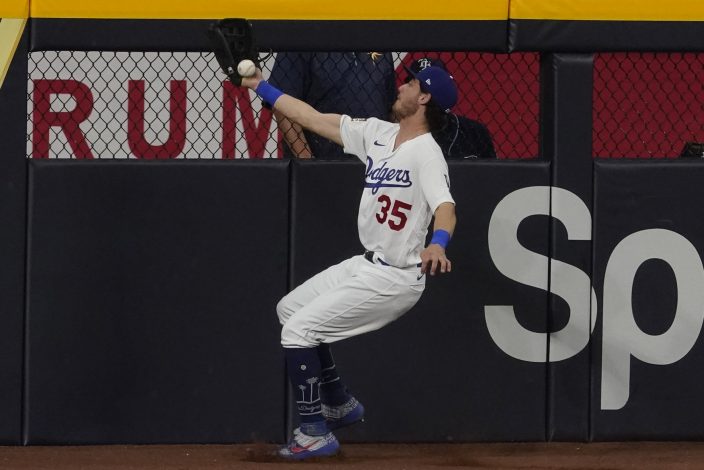 Bellinger leaped, reached high with his right arm and banged into the fence grabbing Austin Meadows' long fly leading off the ninth. On the mound, reliever Joe Kelly pointed to his right shoulder while looking back at a smiling Bellinger.

The 2019 NL MVP is finding his stroke just in time to help the Dodgers try to end a World Series championship drought that dates to 1988. 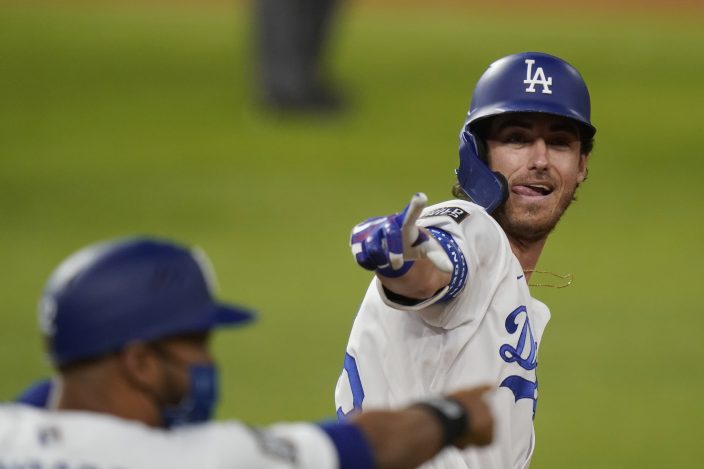 But he launched his fourth homer of the postseason with a 378-foot shot that landed in the Dodgers' bullpen in right-center at Globe Life Field in Arlington, Texas.

Bellinger's shot sparked the Dodgers' offense. They tacked on four runs in the fifth and two more in the sixth.