Winning Game 1 was a sweet way to start the World Series for the Los Angeles Dodgers.

The cherry on top: all the big arms left on ice.

Kenley Jansen, Blake Treinen and Brusdar Graterol should be fresh for Wednesday after watching the Dodgers’ 8-3 victory over the Tampa Bay Rays in Game 1. Clayton Kershaw provided six tidy innings, and Los Angeles closed it out without exhausting the back of its bullpen. 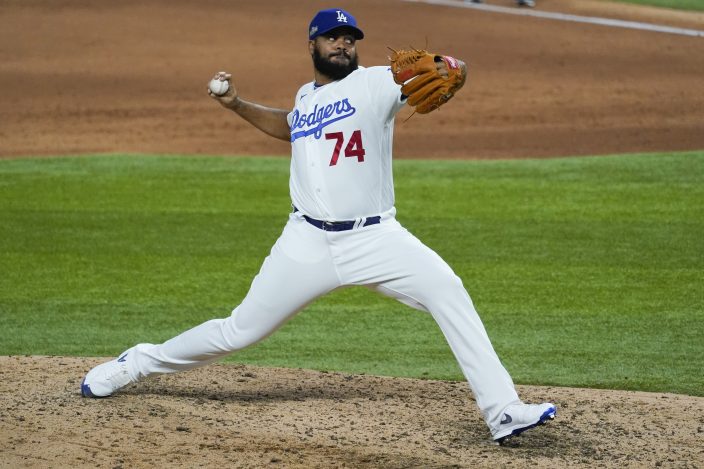 The pitching-weary Dodgers couldn’t have scripted a better start. They pushed their top arms hard in the NL Championship Series, which came down to a Game 7 on Sunday. Starting pitchers Walker Buehler, Julio Urías, Tony Gonsolin and Dustin May each took the mound during an all-hands-on-deck effort to close out the series over the weekend.

Aces of Octobers past — like Bob Gibson or Tom Seaver — might have rushed back on short rest for the World Series. Manager Dave Roberts is being more cautious with his No. 1 starter, keeping Buehler on regular rest for Game 3.

That leaves a hole for Game 2, where nobody figures to be fresh enough for a starter’s workload. 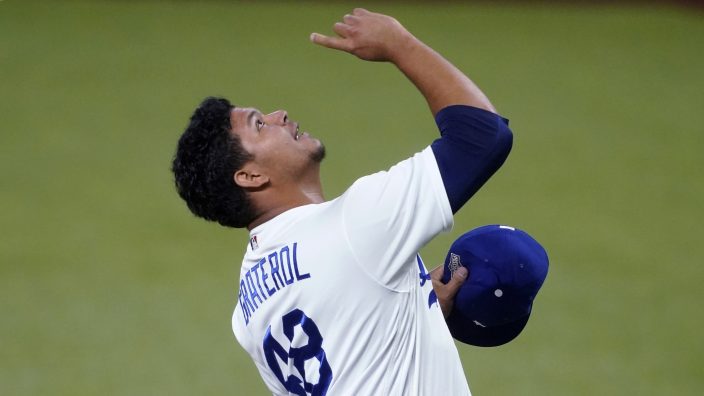 The Dodgers announced after Game 1 that Gonsolin would pitch first, but the right-hander should be on a short leash after throwing 41 pitches Sunday. A 26-year-old NL Rookie of the Year contender, Gonsolin’s best pitch is a hard-diving splitter that’s equally effective against righties and lefties — advantageous against the Rays’ balanced lineup.

“We just like him in this spot,” Roberts said.

May could cover multiple innings after throwing just 18 pitches Sunday. Roberts said Urías also would be available, although LA would surely like to save him for a potential start in Game 4. 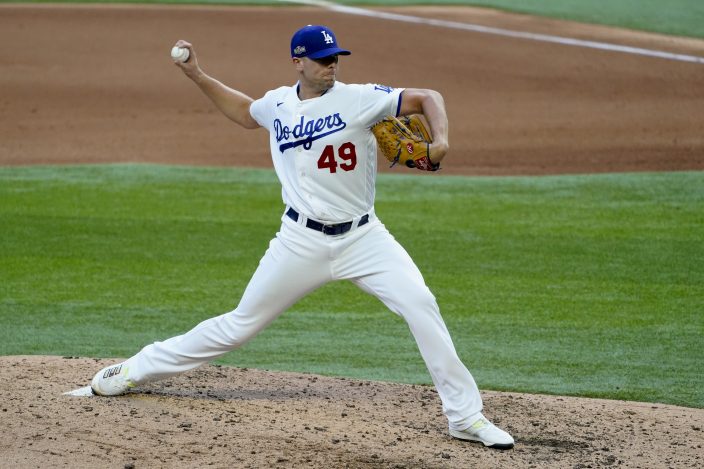 With a day off Thursday, everyone else will be available. The biggest spots will undoubtedly go to Jansen, Treinen and Graterol.

Jansen is trying to shake postseason demons recent and past. He has blown more saves (three) than he has converted (two) in two previous World Series visits, including consecutive botched chances against Boston in Games 3 and 4 of the 2018 Series.

The three-time All-Star lost the zip on his cutter down the stretch this season, and Roberts removed him from the closer’s role after a lousy outing against San Diego during the Division Series.

Jansen got a week off between outings, corrected his mechanics and delivered three perfect outings against Atlanta, including a save in Game 6.

“You know once it clicked, everything is going to come with it,” Jansen said afterward.

“It was as good as I’ve seen in quite some time,” Roberts added.

Snell was allowed to throw just 82 pitches in ALCS Game 6. Cash figures to be equally aggressive in getting to Nick Anderson, Pete Fairbanks and the rest of his “stable of guys who throw 98 miles per hour,” as he described them in September.

Armed with a search warrant, Italy ...

Denmark wants to pay supporters back after Eriksen trib ...

After a stirring tribute to Christ ...