Erik Jones will drive NASCAR's iconic No. 43 next season for Richard Petty Motorsports, a pairing of a driver and a team both in need of fresh starts.

Jones in August was was dropped by megateam Joe Gibbs Racing after six seasons, while Bubba Wallace and RPM are splitting at the end of the year. Wallace’s social activism this year became the defining characteristic of the storied Petty organization. 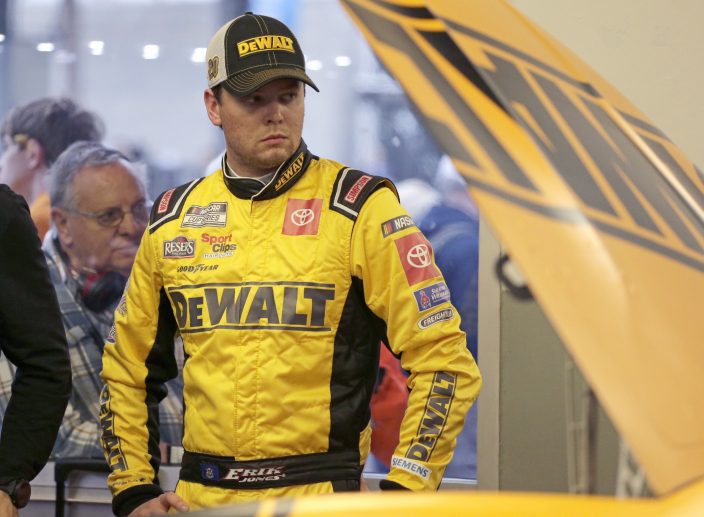 FILE - In this Feb. 14, 2020, file photo, Erik Jones waits by his car as his crew makes adjustments during a practice session for the NASCAR Daytona 500 auto race at Daytona International Speedway in Daytona Beach, Fla. Joey Logano was sitting in his motorhome watching television when a shell-shocked Erik Jones was interviewed about his firing from Joe Gibbs Racing. Logano knew exactly how Jones felt. Logano had been in that exact spot eight years earlier. (AP PhotoTerry Renna, File)

Wallace, NASCAR's only full-time Black driver, this season has been outspoken on racial inequality and injustice. He ran a Black Lives Matter paint scheme on the No. 43 and RPM adopted Wallace's “compassion, love, understanding” platform.

Wallace's new prominence helped the driver sign millions of dollars in new sponsorship, but the funding will follow him next season when he moves to a new team formed by Michael Jordan and Denny Hamlin.

The loss of Wallace could have crippled RPM, the cash-strapped team co-owned by NASCAR Hall of Famer Richard Petty. Instead, a volatile free agent market helped RPM land Jones, a 24-year-old considered among the top young talent in NASCAR. 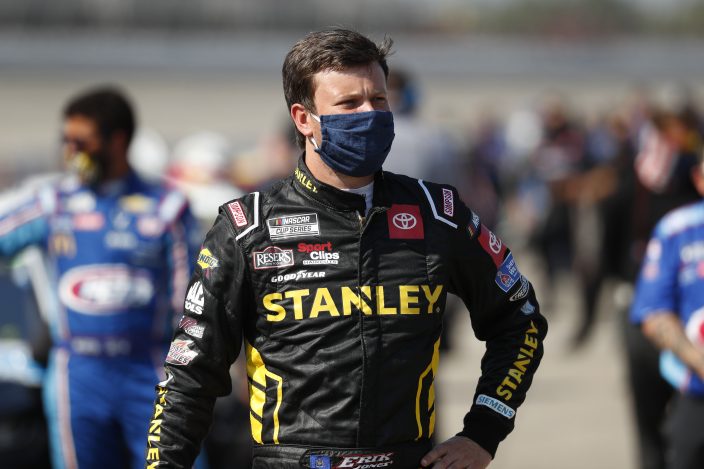 RPM chairman Brian Moffitt said there was “no fear at all” the organization would not survive splitting with Wallace.

“We've been here since it started in 1948 and we plan to be involved for many, many years,” Moffitt told the AP. “It's a passion of the family and we want to keep things headed in the right direction. I think Erik gives us an opportunity to get back to our winning ways.”

RPM will again field a Chevrolet next season in partnership with Richard Childress Racing. Jerry Baxter will return as crew chief of the No. 43.

Jones begins a new journey outside of Toyota for the first time in his career. He was a longtime developmental driver for the manufacturer and his career was fast-tracked when as a 16-year-old he beat Kyle Busch in a late model race.

Jones' 18 national series victories include a pair of Cup Series wins at two of NASCAR's most storied tracks. He won the July race at Daytona International Speedway in 2018 and the Southern 500 at Darlington Raceway the next year. Both victories locked Jones into the playoffs.

Jones has not had the same overall Cup success of his Gibbs teammates and failed to make the playoffs this year. The team in August decided to replace Jones with Christopher Bell, another longtime Toyota development driver, a swap Jones said “blindsided” him because he believed he was working on a contract extension with Gibbs.

It made Jones a late add to the free agent market, and despite his potential and young age, Jones was passed over for many of the open seats. He brings no sponsorship with him, which made Jones a tough sell for team owners in need of funding.

The late John Andretti drove the car to its final win under the Petty Enterprises banner in 1999. Richard Petty took on an a series of different investors beginning in 2009 for re-branded Richard Petty Motorsports, which last put the No. 43 in victory lane in 2014 with driver Aric Almirola.

Wallace became the full-time driver in 2018 and although he's winless through three seasons, he's been adequate in a car that lacks the funding to consistently race for wins.

It will be a significant change for Jones, a fixture since he was a teenager in the Gibbs pipeline. The four-car JGR fleet is Toyota's flagship and its well-funded cars consistently challenge for championships.

RPM is a single-car operation accustomed to stretching every dollar in its quest to catch the big teams. Jones wants to be the driver guiding an RPM resurgence.

“I'm going to have the opportunity to really know everybody. I knew a lot of people at JGR, but they've got almost 500 employees,” Jones said. "Looking at what RPM is and what they have, it's a comfortable situation for me because it's how I grew up, I worked on a lot of my own stuff.

“I'm going to be able to get in there and be around those guys, get in the shop, and really get to know the people who have a piece in putting the car together. It's going to be a more inclusive experience for me.”

Azerbaijan on Tuesday completed re ...

IOC confirms Bach is only candidate for Olympic preside ...