The shootings Tuesday night caused an unknown number of deaths and injuries, and sparked global outrage. Protesters stayed on the streets Wednesday, breaking the government curfew.

“The situation has escalated, the violence and killings are horrendous,” Joshua wrote on Twitter early Wednesday. “All because of people saying they want to live in peace?” 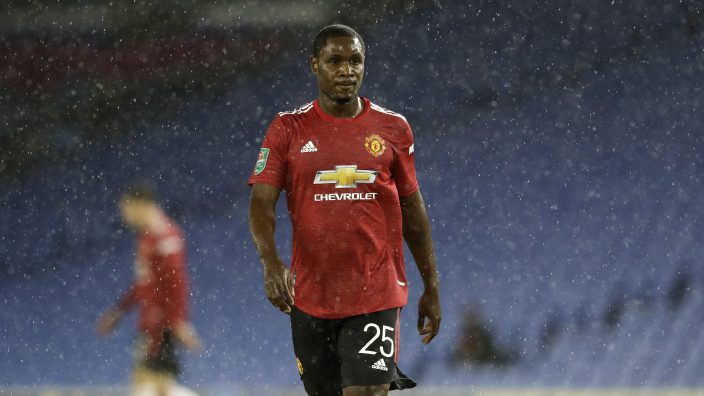 “Change will happen! It's time,” he said.

There were reports of gunfire across Lagos. Demonstrations and gunfire were also reported in several other Nigerian cities, including the capital city, Abuja.

Ighalo recorded a video message late Tuesday after United's 2-1 win over Paris Saint-Germain in the Champions League. The 31-year-old former Nigeria international spoke from the field at Parc des Princes in Paris.

“I’m sad and I’m broken,” the Lagos-born Ighalo began. “I’m not the kind of guy that talks about politics, but I can’t keep quiet anymore for what is going on back home in Nigeria.

“I would say, Nigerian government you guys are a shame to the world, for killing your own citizens, sending military to the streets to kill unharmful protestors, because they are protesting for their rights? It’s uncalled for," he said. "I am ashamed of this government. We are tired of you guys and we can’t take this anymore.”

Ighalo called on governments around the world and the United Nations to act.

“Help us. Help the poor citizens,” he said. “The government are killing their own citizens. We are calling on you guys, the UN, to see to the matters.”

“Please don't come out because this government, they are killers and they will keep killing if the world do not talk about this,” Ighalo said.

Wilfred Ndidi, a 23-year-old midfielder for Leicester, said “Pray for Nigeria” on his social media accounts. The Nigeria international posted an image of what appears to be a blood-stained Nigerian flag.

The nationwide protests against police brutality have roiled Nigeria for more than two weeks and the demonstrators’ demands have widened to include calls for an end to corruption, accountable government and respect for human rights in Africa’s most populous nation of 196 million.

Nigerians are reeling from the video from Tuesday night at the Lekki toll plaza in which protesters could be heard singing the national anthem in the darkness. Shots can be heard followed by sounds of people running away.

It’s not clear who was firing the shots heard in the video, but Nigeria’s security forces have been blamed for at least 10 deaths during the protests by Amnesty International, which has accused the police and military of using excessive force against the demonstrators.

The Lagos governor early Wednesday confirmed numerous injuries from the Lekki shooting, but didn’t say who was responsible.

Joshua, who is of Nigerian descent, said in a video message on Tuesday that he's making “tangible efforts” to support protesters, including sending care packages. He said he wants to make plans to visit Nigeria — as he's done in the past — after his Dec. 12 fight against Kubrat Pulev.

“But for sure, from London and far and wide, your voices are definitely being heard," the 31-year-old Joshua said. "So keep on pushing, keep on striving, you have my support through and through. My ears and my eyes have been opened. I understand the issue you guys are facing.”

Joshua has credited Nigeria for inspiring him professionally. He has spoken fondly of his visit to a Lagos slum, and has talked of one day holding a title fight in the country.

Make a pizza Margherita like an Italian. Here's ho ...

The Margherita is the undisputed h ...