The U.S. surgeon general is set to be arraigned Wednesday in a virtual court hearing in Hawaii on charges he illegally entered a public park that was closed because of the coronavirus.

The criminal complaint against Jerome Adams, who was on Oahu in August helping with surge testing amid a spike in coronavirus cases, says he and two other men were looking at the view and taking pictures at Kualoa Regional Park on the island’s northeastern coast. The rural park offers a view of the famed Mokolii island, also known as Chinaman’s Hat for its cone shape.

Adams told a police officer who cited him that he was visiting Hawaii to work with Gov. David Ige on COVID-19 and didn’t know parks were closed. Honolulu Mayor Kirk Caldwell had closed them at the time to try to prevent crowding that could spread the virus. 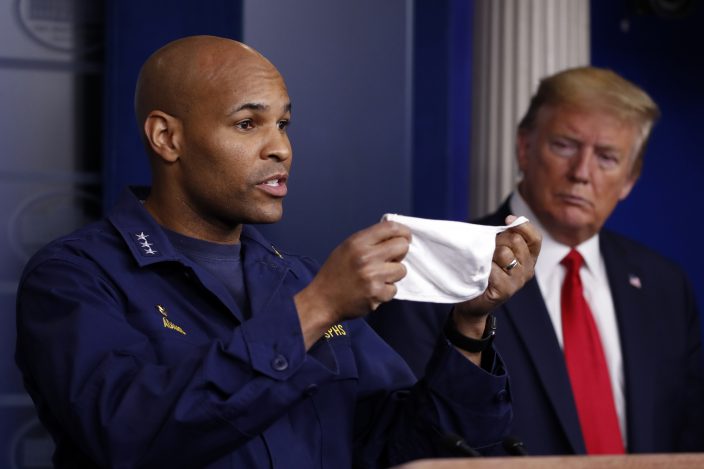 FILE - In this April 22, 2020 file photo President Donald Trump watches as U.S. Surgeon General Jerome Adams holds up his face mask as he speaks about the coronavirus in the James Brady Press Briefing Room of the White House, in Washington. Adams who was cited for being in a closed Hawaii park in August while in the islands helping with surge testing amid a spike in coronavirus cases, appears for a virtual arraignment in a Hawaii court on Wednesday, Oct. 21, 2020. (AP PhotoAlex Brandon,File)

Violating any of the mayor’s emergency orders is punishable as a misdemeanor, with fines of up to $5,000, up to a year in jail or both.

A few days after the citation, Adams appeared with Caldwell at a news conference announcing a partnership between the city and federal government for surge testing.

“I’m proud of every single one of you who has sacrificed over the past several months,” Adams said at the time. “And to the people who are lapsing a little bit, I want you to understand that a little bit of fun right now can result in shutdowns further on down the road. It’s important that we all do the right things right now, even if we don’t feel we are personally at risk.”

During his leisure time, Mahinda D ...