When President Donald Trump and Democratic nominee Joe Biden arrive in Nashville Thursday for their final debate before the Nov. 3 election, they’ll be greeted by a city with rising coronavirus case counts inside a state immersed in a debate of its own about mask-wearing.

Meanwhile, medical professionals warn that the next wave of the virus is looming.

It’s a strikingly different landscape from 2008, when Nashville last hosted a presidential debate between Democrat Barack Obama and Republican challenger John McCain at Belmont University. Back then, the city was on the cusp of an economic boom that would eventually draw coveted events like the NFL draft. 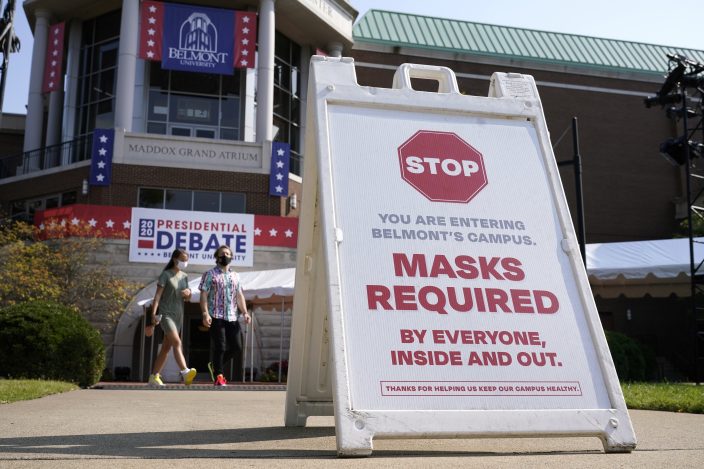 Fast-forward to a year of unprecedented disruption to live music and other public gatherings, and Tennessee health officials are now reporting record-breaking virus numbers in the days leading up to the debate. In spite of their warnings, visitors have been making their way back to Nashville’s famous honky-tonks and other tourist spots across the state in steadily rising numbers.

Separately, the White House coronavirus task force quietly warned Tennessee Gov. Bill Lee that “a statewide mask mandate must be implemented” to curb the virus outbreak, although the task force has no legal authority to require mandates, which Trump opposes.

Trump has left such matters up to the states and Lee, a Republican, has maintained that a blanket statewide mask mandate is not the best solution to fighting the virus, even as it spreads, particularly in rural regions of the state. Instead, the governor has allowed local leaders to decide if they want to implement such mask requirements. 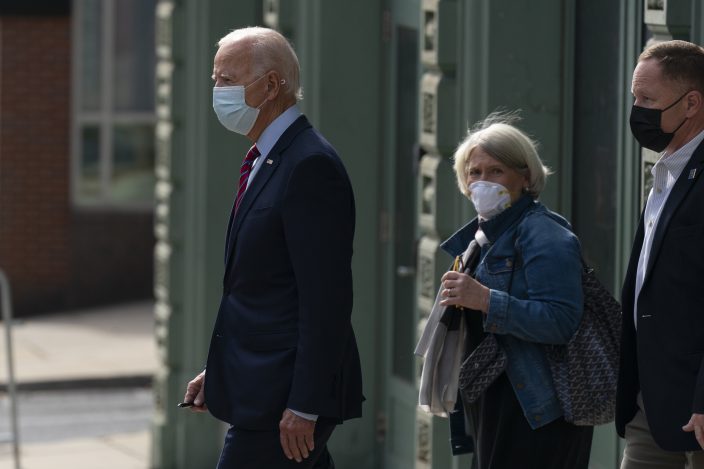 But Belmont University President Bob Fisher says canceling the debate never crossed his mind. He says he was always confident Belmont could pull off the debate, even in a pandemic.

“Everybody is going to be tested, it’s going to be the safest place in America,” he said. Fisher said it would be “a very safe event” and “a very important moment for our country.” 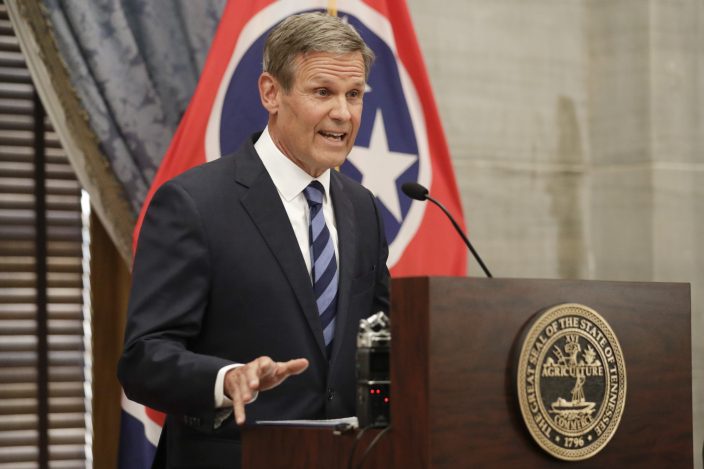 FILE - In this July 1, 2020, file photo, Tennessee Gov. Bill Lee answers questions during a news conference in Nashville, Tenn. Lee on Thursday, Sept. 3, 2020, would not say whether he would be vaccinated against COVID-19 when a vaccine becomes available. (AP PhotoMark Humphrey, File)

Partnering with HCA Healthcare — the nation’s largest hospital chain — Belmont is requiring masks for the debate, as well as testing protocols and limited exposure of debate attendees to the university’s student population.

Approximately 150 people are expected in the debate hall, including up to 35 Belmont students working as ushers. The media tent, which held more than 1,000 reporters in 2008, will be bigger this year but hold just a quarter of the number of journalists that descended upon Nashville more than a decade ago.

Notably, the governor won’t attend Thursday’s debate because he and first lady Maria Lee are in quarantine after one of his security detail tested positive for the coronavirus. Lee himself has thus far tested negative.

Dr. William Schaffner, a nationally known infectious-diseases expert at Vanderbilt University Medical Center, says the chances of the debate night resulting in a so-called “super-spreader event" are minimal but that doesn't mean he doesn't have concerns.

“It’s all the travel to and from and the gathering of other people in preparation and the take down afterwards where the risk is likely to be somewhat higher. I don’t think it’s the debate setting itself,” he said.

Schaffner, a vocal advocate of a national mask mandate, compared questions about how to hold a debate in a pandemic to questions many families are wrestling with at home about if and how to hold Thanksgiving.

“However you look at it, whether it's a continuation of the first, it's a second or third wave (of the virus),” Schaffner said. “We are for sure starting our increase already that was anticipated as the weather gets cooler.”

Trump and Biden have taken dramatically different approaches to the pandemic. Trump, who developed a coronavirus infection himself that required hospitalization, is inconsistent about wearing a mask. He also appears at large rallies. Biden routinely wears a mask and his campaign events are limited in number and socially distanced.

This week, Trump attacked Biden for listening to Dr. Anthony Fauci — the nation’s top infectious-disease expert — saying on a call with campaign aides that “People are tired of hearing Fauci and all these idiots.”

Some Republicans have been uneasy with Trump's criticism of Fauci, including retiring U.S. Sen. Lamar Alexander of Tennessee, who said, “if more Americans paid attention to his advice, we’d have fewer cases of COVID-19, and it would be safer to go back to school and back to work and out to eat.”

For most of his life, Venezuelan P ...