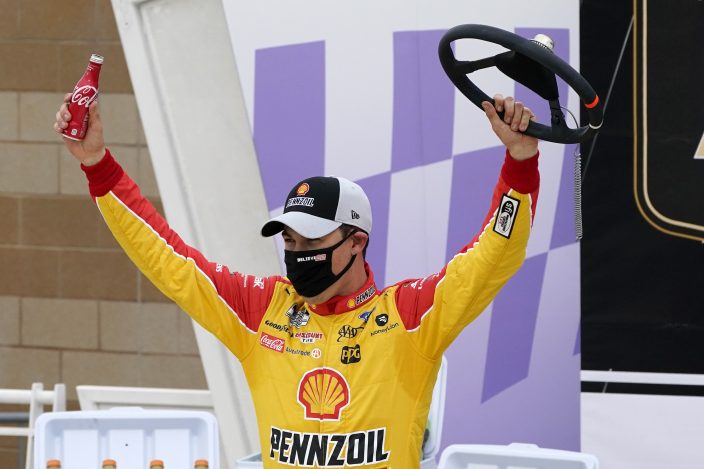 Fast facts: Harvick leads Denny Hamlin by 21 points and Brad Keselowski by 33 with three races remaining. Chase Elliott is 41 points back and Logano is 51 behind. ... The top five drivers in the standings have all won at least three races this season. ... Harvick has 26 top 10 finishes in 33 races. No one else has more than 21 (Keselowski, Martin Truex Jr.). 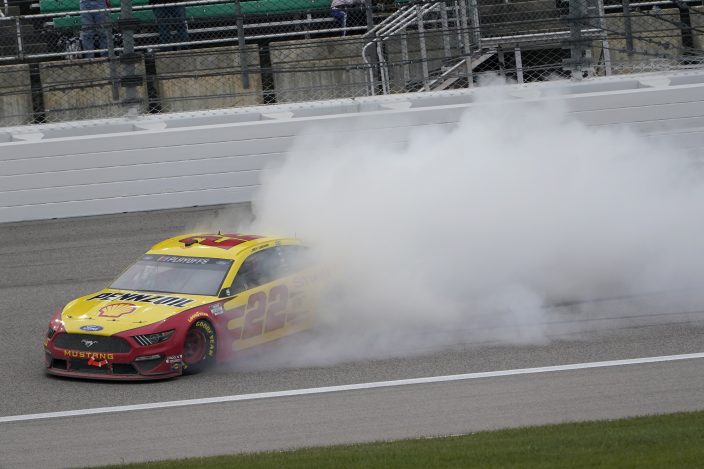 Last race: Chase Briscoe led 159 of 200 laps at Kansas and won for the ninth time this season, a record for a series regular.

Fast facts: Briscoe leads Justin Allgaier by 52 points and Brandon Jones by 54 with three races remaining. ... Regular-season champ Austin Cindric went from 10 points back to 61 points back after finishing 28th at Kansas. Noah Gragson dropped from 35 back to 94 behind with a 36th-place finish. ... The eight drivers still in contention have accounted for 25 of the 30 victories this season.

Fast facts: Creed broke free from a tie atop the standings with Austin Hill and leads him by seven points. Zane Smith is 19 back, Moffitt is 23 back and Grant Enfinger is 26 behind. ... Hill has 16 top 10 runs in 20 races. Moffitt is next with 14. ... Creed and Enfinger share the series lead with three victories. Kyle Busch has also won three times.

Last year: This is the first series race at this track.

Last race: Six-time series champion Lewis Hamilton outran Max Verstappen at the German Grand Prix for his seventh victory of the season and the 91st of his career, matching the series record held by Michael Schumacher.

Last race: Will Power won the back end of the Harvest GP doubleheader at Indianapolis.

Fast facts: This race is normally the first of the season. This year, it’s the last. ... Scott Dixon leads Newgarden by 32 points in the standings and can clinch his sixth series championship by finishing ninth or better. A.J. Foyt holds the record with seven series titles. ... Dixon has 50 career victories, third all-time behind Foyt (67) and Mario Andretti (52).

Series will race Saturday at Kokomo Speedway in Kokomo, Indiana.