Following a promising start, the Patriots offense is trudging through its first rough patch of 2020 under quarterback Cam Newton.

The Patriots had their worst offensive performance of the season during last week’s 18-12 loss to Denver, producing a season-low 288 yards.

Improvements will be needed heading into a matchup this week against a 49ers defense that ranks fifth in the NFL. 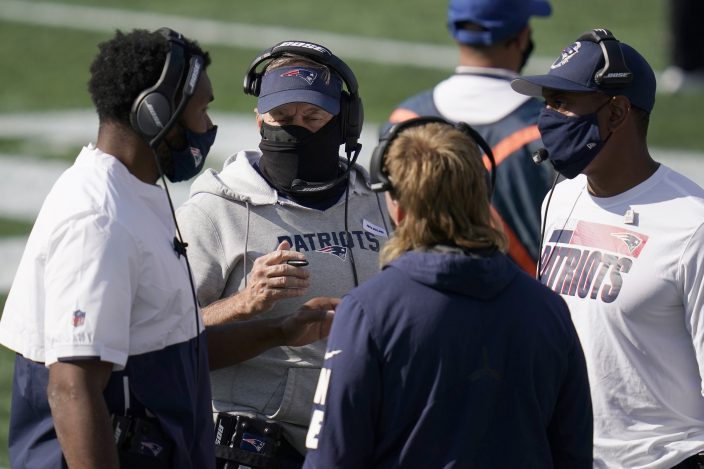 The areas that need immediate attention are the passing game, which has produced just one touchdown and five interceptions in back-to-back losses, and on the offense line, which continues to make adjustments because of injuries and COVID-19.

It’s a tall order, but one that Patriots coach Bill Belichick said begins with having a normal week of practice. New England had only two real practice sessions in preparation for Denver after having to shut down its facility for several days following multiple positive COVID-19 cases.

“The more we can get out there and practice and improve our timing, our execution, our anticipation, our awareness, our communication, the more I think those things will help us,” Belichick said. “We’re going to do everything we can to maximize that and I think that will definitely help our individual performances and it will also help our unit performances the more we can do that.

“Hopefully, we’ll get a full dose of it this week.”

After ranking as high as eighth in the NFL in Week 2 when Newton threw for 397 yards in the Patriots’ loss at Seattle, New England’s passing numbers have declined over each of the past three games.

The Patriots are averaging just 207 yards per game through the air on the season, dropping them to 25th in the league.

They also have eight turnovers over the past three games, seven of them coming in losses to Kansas City and Denver.

While the lack of practice time certainly has affected the Patriots’ offensive continuity, the players that have been available also haven’t been providing consistent production.

That includes veteran receiver Julian Edelman. He had eight catches and set a career high with 179 receiving yards at Seattle, but since then has caught just seven passes for a total for 66 yards. He’s also yet to score a touchdown this season.

“Every offensive unit is always better when there’s a lot of people that are contributing.”

Some of that could be helped by getting the core offensive line group healthy.

Center David Andrews is eligible to return from injured reserve this week from a hand injury. That would allow Joe Thuney to go back to his natural left guard spot.

But there are still potential holes.

Right tackle Jermaine Eluemunor left last week’s game with an ankle injury and is on the mend. After he went down, Mike Onwenu, who started at left guard, shifted to tackle, with Hjalte Froholdt taking Onwenu’s place at guard.

One or both of them could be needed again this week if Eluemunor isn’t ready to return.

Froholdt said he’ll be ready if he’s called upon again.

“You have to be able to do as much as you can for the team and I want to play wherever they want to put me,” said Froholdt, who had previously only seen action on special teams. “I want to do the best just for the team. Wherever they put me right now, I’m going to go in and do my best job.”