Austin Meadows is leading off as the designated hitter for Tampa Bay and first baseman Ji-Man Choi is in the cleanup spot for the Rays in Game 2 of the World Series against the Los Angeles Dodgers.

With rookie right-hander Tony Gonsolin on the mound for the Dodgers on Wednesday night, the left-handed hitters Meadows and Choi were in the lineup after not starting the series opener against lefty Clayton Kershaw. The Rays had five left-handers in the batting order. 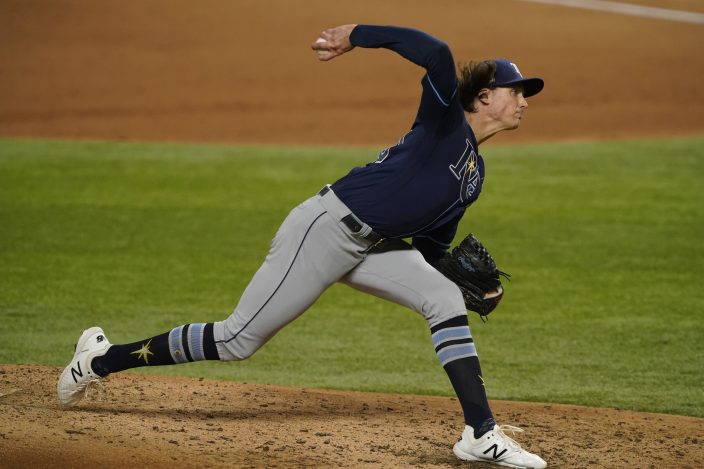 Kiké Hernández, who entered Tuesday's 8-3 Dodgers win as a pinch-hitter after Glasnow was out of the game, is getting the Game 2 start at second base. Chris Taylor moves to left field, with AJ Pollock the DH and Will Smith the catcher after being the DH in Game 1.

Milwaukee County could complete recount as soon as Wedn ...

Rays stack lineup with righties against Urías in Game 4

Barnes back behind plate for Dodgers in World Series Game 3