Lacking its typical fluency going forward, Manchester City relied on moments of individual brilliance to get its Champions League campaign off to a winning start on Wednesday.

City recovered from conceding an early goal to beat Porto 3-1 in their Group C opener, with a curling free kick from Ilkay Gundogan and an impressive individual strike by substitute Ferran Torres completing the second-half comeback at an empty Etihad Stadium.

With long-time playmaker David Silva now departed, star midfielder Kevin De Bruyne out injured and players like Gundogan and Sergio Aguero — the scorer of the equalizer from the penalty spot — feeling their way back to full fitness, it hasn’t been the fluid City of old since the start of the season.

A gritty 1-0 win over Arsenal on Saturday got City’s Premier League campaign back on track and the team had to work just as hard against a Porto side, whose players’ perceived theatrics clearly frustrated Guardiola on the touchline.

Back in the Champions League after a one-year absence, Porto took the lead in the 14th minute when City defender Ruben Dias gave the ball away to Mateus Uribe, allowing Colombia winger Luis Diaz to drift into and across the area with the ball — beating Rodri then Joao Cancelo with a couple of feints — before shooting into the bottom corner. 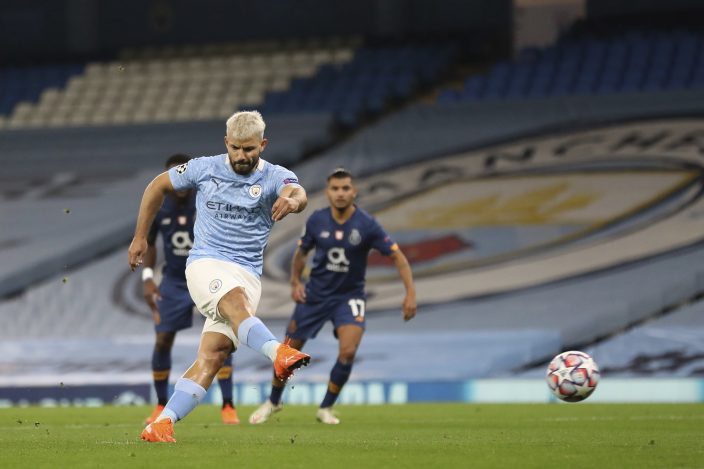 City replied quickly, with Aguero converting a penalty six minutes later — after Raheem Sterling was bundled over by Pepe — for his first goal since March following something of a scramble in the area that included Gundogan hitting the post.

Kyle Walker produced an acrobatic goal-line clearance to stop Porto going back in front just before halftime, and City was getting nothing out of Porto’s five-man defense until Gundogan was brought down outside the area in the 65th.

Guardiola was looking to bring off the Germany midfielder at that point — Gundogan only recently returned to training after contracting the coronavirus — but kept him on for the free kick. 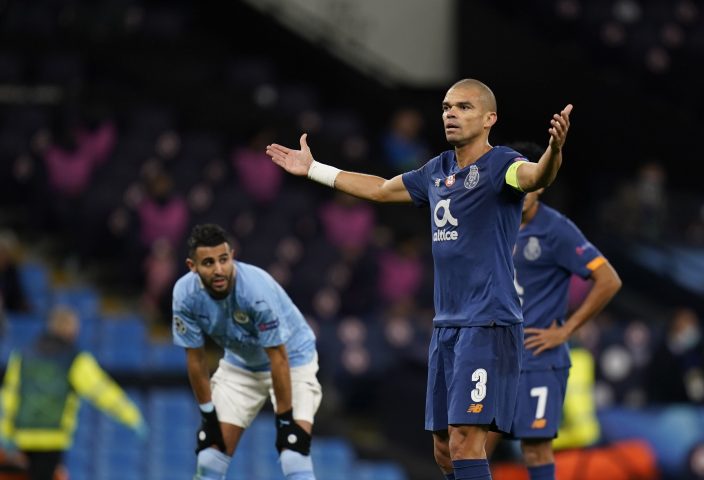 It was a wise decision, Gundogan stepping up to curl a shot over the defensive wall and into the net.

Torres capped the win five minutes after coming on, exchanging passes with fellow substitute Phil Foden before entering the area, dropping his shoulder to befuddle Pepe, and curling a shot high into the net in the 73rd minute for City’s third goal.

Aguero lasted 67 minutes as he continues to build up match fitness after four months out injured, while there was some good news in Guardiola's post-match news conference as he said De Bruyne would be returning to training on Thursday. 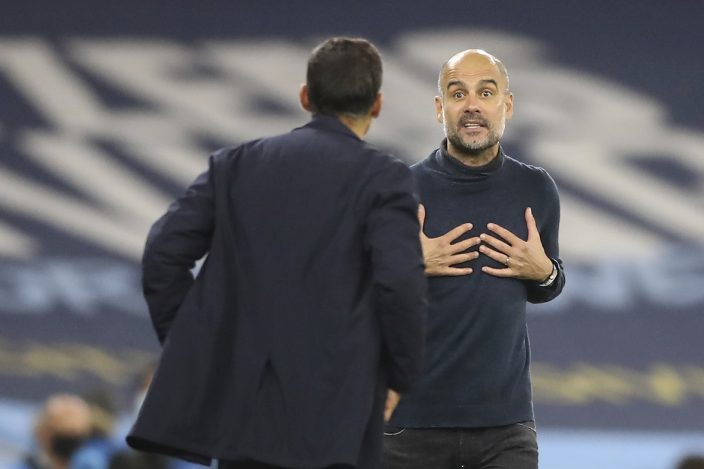 However, Fernandinho sustained a leg injury after coming on as a second-half substitute and could miss up to six weeks, according to Guardiola.

It is City's 10th attempt to capture a first European crown. Next up is Marseille away next week.

“The last 10, 15 minutes of the first half and the start of the second we played well," Guardiola said

“Teams that set up with lots at the back, you have to wait for your moment. We adjusted a little something at the end of the first half. We spoke about being patient, we had to be patient and at the right moment attack them."

Fed survey finds modest gains in the US economy in Febr ...

A Federal Reserve survey of busine ...