Real Madrid couldn't halt its losing streak in the Champions League, and no one seems able to stop Bayern Munich's winning run.

Madrid's 3-2 loss to a depleted Shakhtar Donetsk team was the most surprising result of Wednesday's opening group games — while Bayern delivered the most impressive performance with a 4-0 win over Atlético Madrid.

It was a third straight loss in the competition for Real Madrid — its worst run in 34 years. For defending champion Bayern, it was a 12th straight Champions League victory. 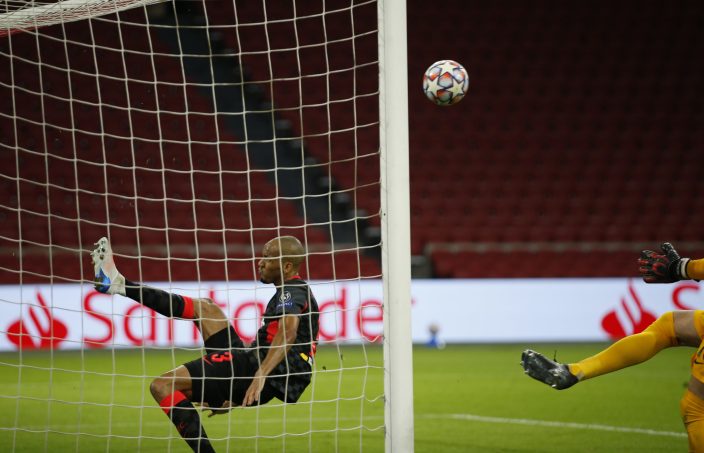 Liverpool's Fabinho, saves from the goal line after a header from Ajax's captain Dusan Tadic from scoring during the group D Champions League soccer match between Ajax and Liverpool at the Johan Cruyff ArenA in Amsterdam, Netherlands, Wednesday, Oct. 21, 2020. (AP PhotoPeter Dejong)

Wins for Liverpool and Manchester City capped a good round for English clubs, and Atalanta again showed its free-scoring style to win 4-0 at overmatched newcomer Midtjylland.

Real Madrid has been unconvincing, especially at home, in the Champions League since lifting a record-extending 13th European title three seasons ago.

Yet Shakhtar was missing several starters after a COVID-19 outbreak at the club. The Ukrainian champion still led 3-0 at halftime, exposing a Madrid defense missing injured captain Sergio Ramos. 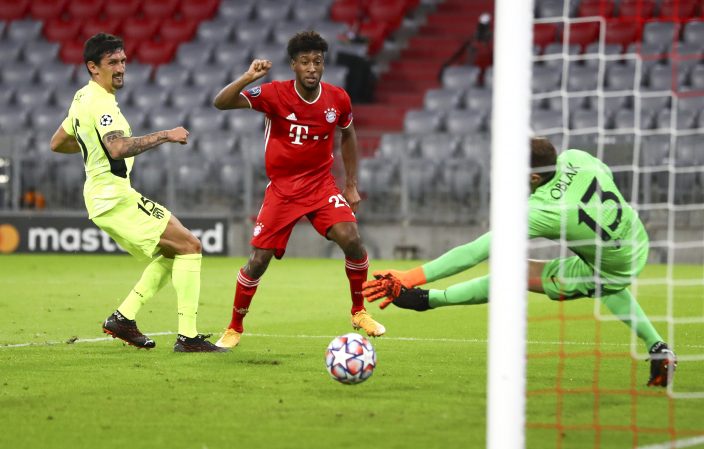 “It’s my job to find solutions because these kind of games can’t happen,” said coach Zinedine Zidane, who left veterans Toni Kroos and Karim Benzema on the bench ahead of playing Barcelona on Saturday.

Few fans attended the eight games, because of the spiking coronavirus infections across Europe, and there were none at Olympiakos to see a stoppage-time goal earn a 1-0 win over Marseille.

Only 1,000 were at San Siro to see Romelu Lukaku score in his ninth straight European game, including a 90th minute equalizer, to help Inter Milan draw 2-2 with Borussia Mönchengladbach. 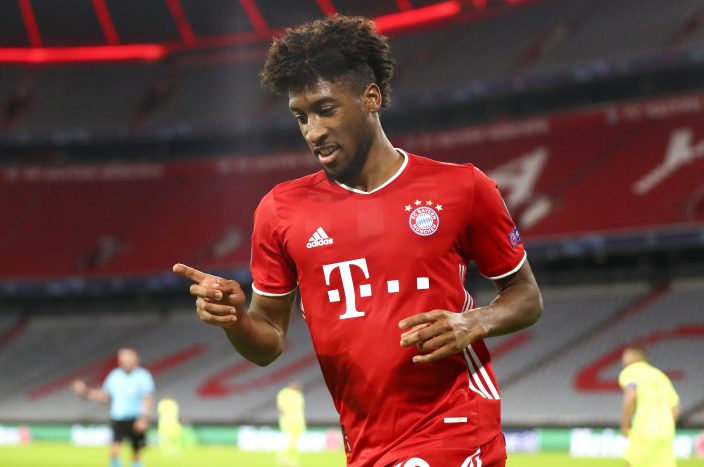 Since Real Madrid’s last Champions League title in 2018, the club and president Florentino Perez have been linked with plans to create more elitist competitions that would avoid facing so many lower-ranked teams from countries like Ukraine.

Shakhtar is a group-stage regular, and moved on to the Europa League semifinals in August, though was missing several of its Brazilian contingent against Madrid. 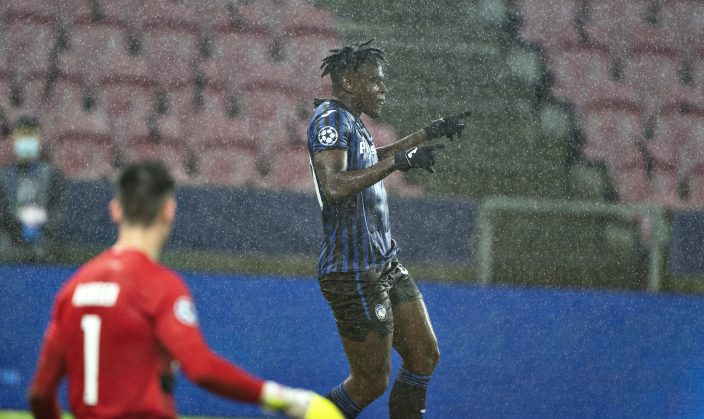 Goals from Tetê and Manor Solomon either side of an own goal by Madrid defender Raphael Varane came in a 13-minute spell before halftime.

Madrid hit back with Luka Modric’s long-range shot in the 54th and minutes later substitute Vinícius Júnior, who entered and ran direct from the touchline to steal possession and score.

Madrid has now won just one of its last seven home games in the Champions League, including a 2-1 first-leg loss to Manchester City in the round of 16 in February. 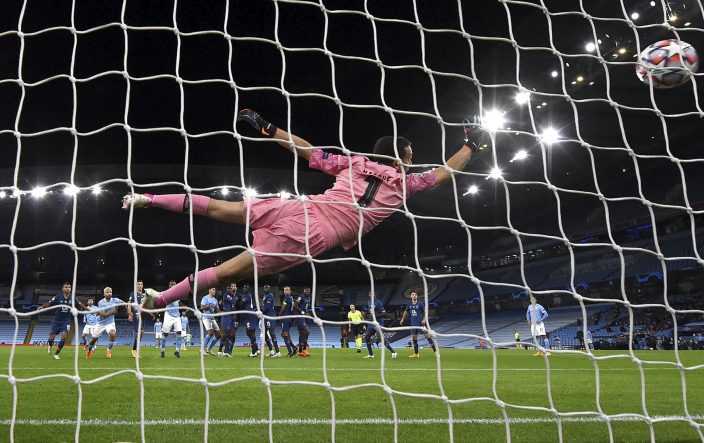 This one was played at Madrid’s empty training ground while the Santiago Bernabeu Stadium is renovated.

Also in Group B, an Inter team also affected by a virus outbreak, drew 2-2 with Mönchengladbach.

After a goalless first half, Lukaku scored early and late in the second for last season’s Europa League runner-up. Mönchengladbach had taken a 2-1 lead when Jonas Hoffman’s goal in the 84th was confirmed after a video review lasting several minutes. 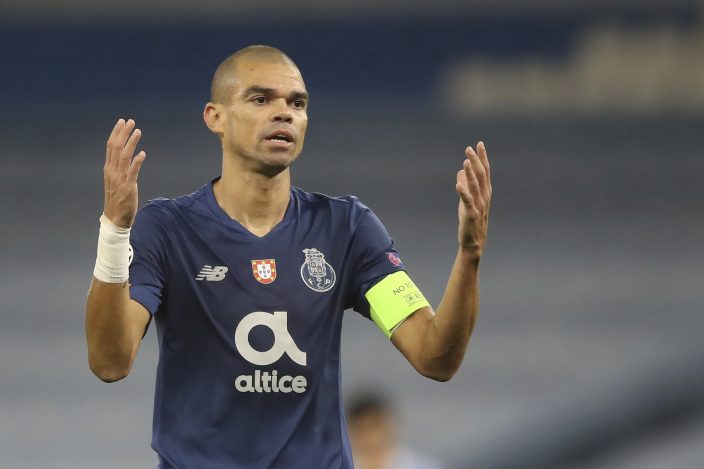 The champion in Lisbon two months ago, Bayern carried over its dominant European form in a 4-0 dismantling of Atlético. Kingsley Coman, scorer of the title-winning goal against Paris Saint-Germain, netted twice.

The game went ahead after a further round of testing of Bayern players on Wednesday, one day after forward Serge Gnabry’s COVID-19 infection was revealed. 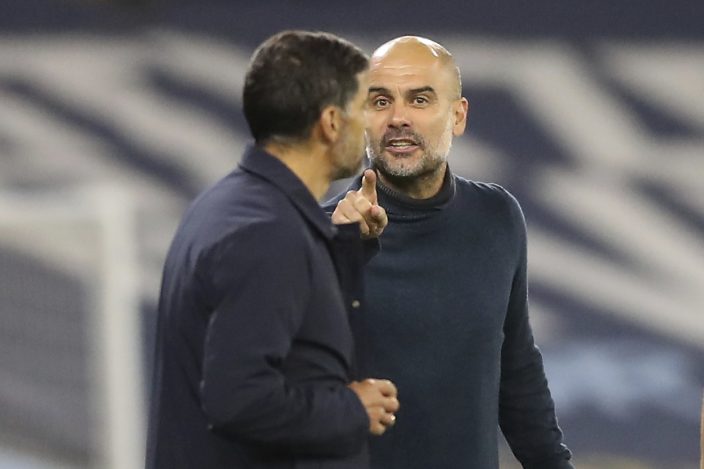 Also in Group A, Salzburg was held 2-2 at home by Lokomotiv Moscow.

Man City started a competition it was originally banned from by UEFA with a 3-1 win at home Porto.

City trailed early, then leveled from Sergio Aguero’s penalty kick awarded for a foul against Porto’s veteran captain Pepe. Ilkay Gundogan and Ferran Torres secured the win midway through the second half.

Liverpool and Ajax have a combined 10 European titles yet had not faced each other in Amsterdam since 1966.

A 1-0 win for Liverpool was decided by Sadio Mane’s shot in the 35th forcing an own goal from defender Nicolás Tagliafico.

Liverpool moved midfielder Fabinho into central defense and he made a spectacular goal-line clearance to deny Dusan Tadic.

A fresh wave of the pandemic across Europe meant storied clubs Real Madrid, Bayern Munich, Ajax, Manchester City and Olympiakos could not let fans in their stadiums.

Midtjylland recorded an attendance of 132 for its Champions League group-stage debut.

Salzburg had 3,000 fans in attendance and Inter had just 1,000 to abide by event limits in Italy.