The usually stingy Buffalo Bills defense has yet to find its identity this season.

This might be the perfect week to create one.

Following back-to-back losses to the Tennessee Titans and Kansas City Chiefs — games that saw the Bills struggle in just about every area defensively — the Bills face the winless New York Jets on Sunday. 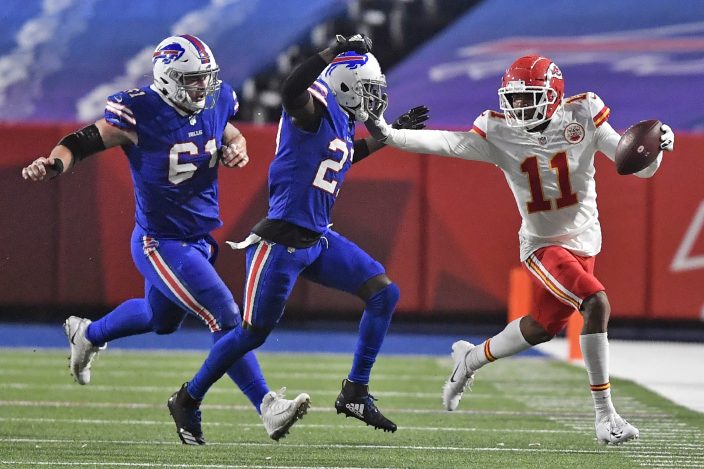 For Buffalo, a game against one of the worst offenses in the league appears to be coming at just the right time. 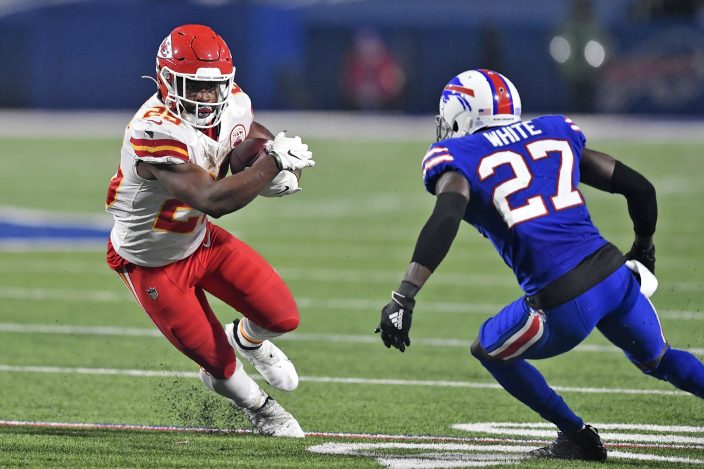 Ever since coach Sean McDermott and defensive coordinator Leslie Frazier arrived in 2017, the Bills have built their team around a strong defense. This year, Buffalo has had to increasingly rely on its passing offense, which has been unable to bail out the defense the past two weeks.

Buffalo’s coaching staff can point to its first season in charge for inspiration. That year, the Bills went through a winless three-game stretch that saw them allow 135 points. Buffalo went on to win four of its next six games and end its lengthy playoff drought. 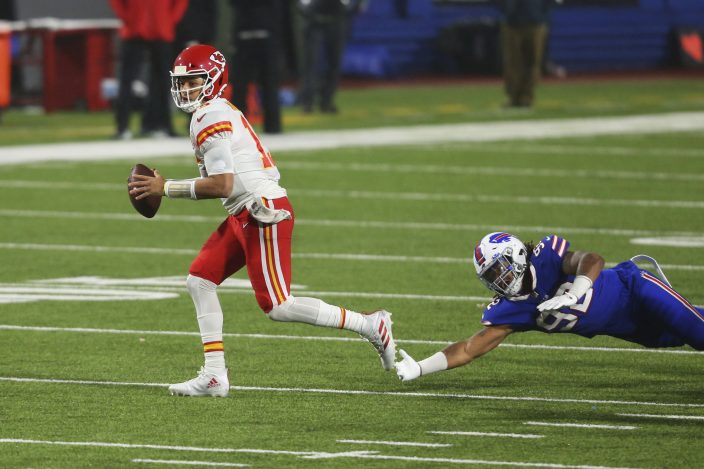 “Look at the stretch that we went through and we ended up becoming a playoff football team,” Frazier said. “Been through it. The one thing you’ve got to do is make sure you don’t lose confidence in what you’re doing. There’s some times where things are getting a little haywire and you want to throw out the kitchen sink and start all over again.

“If you knee-jerk because you’ve had a bad game or a couple bad games ... all of a sudden the players going, ‘What are we? Who are we?’ And you really have no identity as you try to fix some of those problems."

The primary issues appear to be a revamped defensive line that has struggled to win at the line of scrimmage and a back seven that has been ravaged by injuries.

The Bills lost defensive linemen Shaq Lawson and Jordan Phillips in free agency and replaced them with veterans Mario Addison, Quinton Jefferson and Vernon Butler. Buffalo has yet to find a combination that works, which led to the unusual and surprising decision to deactivate Trent Murphy and Harrison Phillips against the Chiefs. Ed Oliver, the ninth overall pick in last year’s draft, has also struggled to regain his form from the end of last season.

Top linebackers Tremaine Edmunds and Matt Milano have also missed time because of injuries. Milano has missed three games with pectoral and hamstring injuries and was limited at practice on Wednesday. Edmunds suffered a left shoulder injury in Week 1, missed one game, and has been playing at less than 100 percent since his return. Four of Buffalo’s cornerbacks —White, Josh Norman, Levi Wallace and Cam Lewis — have all been injured and missed time.

“We haven’t been doing a good job of winning our one-on-one’s and we’ve got to get back to the drawing board and see where we can put ourselves in position to make those plays,” White said. “We can’t panic, man. Who said we were going to go 16-0 or 15-1 and win the Super Bowl? You don’t have to win every game to win a Super Bowl. You have to win enough to get yourself in the playoffs. ... We’re still in a good spot. We’re No. 1 in the division and we have another division opponent coming up this weekend. ... We have the players here and we have the answers here. I feel like we’re going to be fine.”

NOTES: The Bills released guard Quinton Spain on Wednesday. Spain impressed last season and started all 16 games after his arrival from Tennessee. He signed a three-year, $15 million contract in March but was benched after two games. Spain tweeted his appreciation for the Bills and their fans but said it was “time for a change.” ... The Bills signed defensive tackle Justin Zimmer to the active roster. Zimmer was one of Buffalo’s few defensive bright spots in the loss to Kansas City, making a career-high six tackles.