The government imposed the curfew in parts of the capital and some areas outside Colombo after earlier isolating at least six villages in Western province where the new cluster was discovered early this month. Colombo is inside Western province.

Health authorities also temporarily closed the island nation’s main fish market after 49 traders tested positive. Hundreds of other traders at the market on the outskirts of Colombo are being tested for the coronavirus. 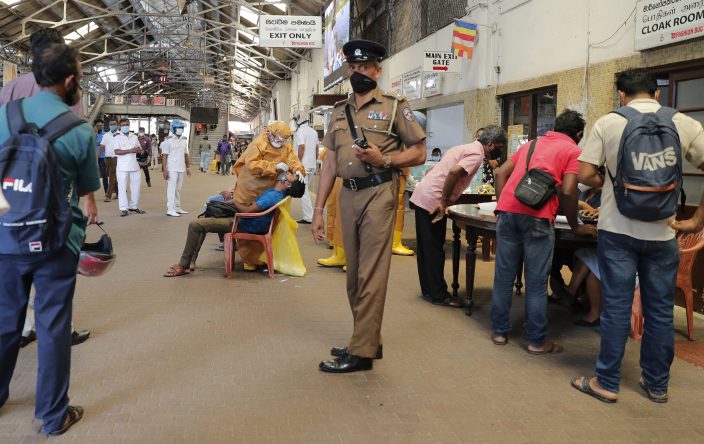 By Thursday, 2,510 infections have been connected to the cluster first tied to a garment factory and which authorities identified as Sri Lanka's first community outbreak in two months.

Sri Lanka has reported a total of 5,811 confirmed cases with 13 deaths since March.

— South Korea added 121 new cases of coronavirus infection in its first triple-digit daily jump in a week. The steady spread of the virus has caused concern in a country that eased its social distancing restrictions just last week to cope with a weak economy. The Korea Disease Control and Prevention Agency said Thursday 104 of the new cases were local transmissions, which last exceeded 100 on Sept. 24. The other 17 cases were linked to international arrivals. Hundreds of recent infections have been tied to hospitals in major cities such as capital Seoul and Busan. Health officials are testing workers at hospitals, nursing homes and senior facilities in the Seoul metropolitan area to prevent further transmissions.

India will be without Ravindra Jad ...