Secretary-General Antonio Guterres said Wednesday he has been trying for some time to get the deeply divided countries in the Persian Gulf and their backers to step back from possible confrontation and engage in dialogue — so far without success.

The U.N. chief said in an interview with The Associated Press that he hasn't given up, saying he feels the Gulf countries are in a similar situation to the opposing sides in the Cold War.

There were “huge divisions” and “an environment of confrontation" between the Soviet Union and its United States and European opponents as well as “very different interests and very different strategies and visions about the world,” he said. 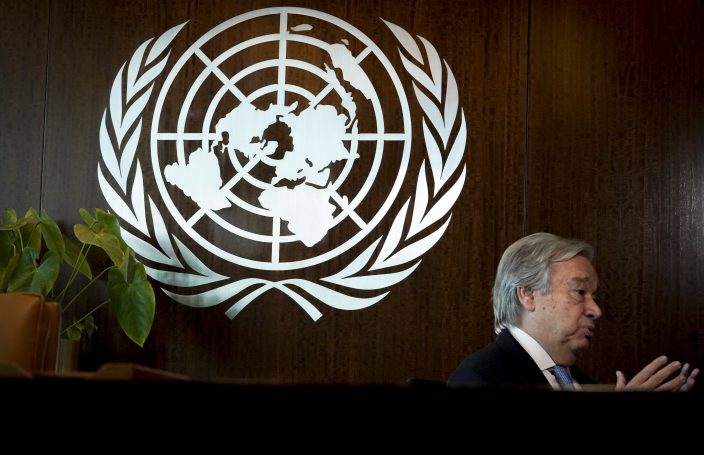 Yet in the early 1970s, the two sides began reconsidering. Consultations started in Finland in 1972 and the Helsinki Final Act in 1975 was signed by the Soviet Union, the United States, Canada and every European country except Albania, covering political, military and economic issues as well as human rights.

“The Helsinki platform allowed for a dialogue that had important aspects in which the two sides in the Cold War were able to come together in some aspects, and that was an improvement for the global situation,” Guterres said. “Now, looking at the Gulf, I feel we are in a similar situation -- big divisions, a confrontation that could become dramatic, could have been dramatic just a few months ago.”

“I believe it would be interesting to find some kind of a confidence-building measures approach that could be similar or inspired by ... the Helsinki process in the Cold War,” he said. 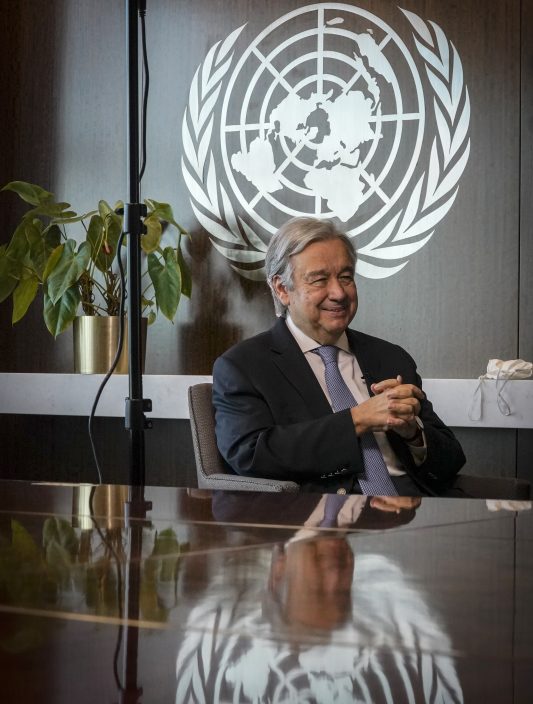 Guterres was expanding on comments he made at a Security Council meeting Tuesday at which Russian Foreign Minister Sergey Lavrov called for collective efforts to prevent a large-scale war in the Persian Gulf. He got strong support from all Security Council members except the United States, which called Iran the major problem in the Gulf and urged that it be held accountable for supporting terrorists and destabilizing the region.

The secretary-general singled out the nearly six-year war in Yemen, a local conflict that became regional with Houthi Shiite rebels backed by Iran on one side and a Saudi-led coalition supporting the internationally recognized government.

Lavrov and quite a number of other speakers cited a 1987 Security Council resolution that ended the Iran-Iraq war and asked the secretary-general to with consult states of the region in examining "measures to enhance the security and stability of the region.” 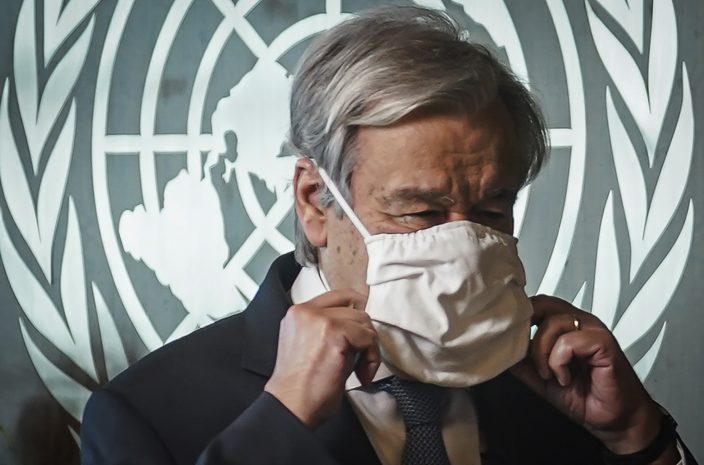 Russia's top diplomat said that “it would be important to look at what has been done and what still needs to be done to implement this direct instruction.” He said strengthening the security of one country “cannot be resolved at the expense of the security of others, or to the detriment of any other state.”

France’s U.N. ambassador, Nicolas De Riviere, told the council: “The secretary-general has every legitimacy to organize this regional dialogue and to propose options for moving forward towards the establishment of a security architecture in the region.”

Robert Malley, president of the Brussels-based International Crisis Group, said in his briefing for the council that the U.N. “could play an important role" in the Gulf, citing the 1987 resolution. 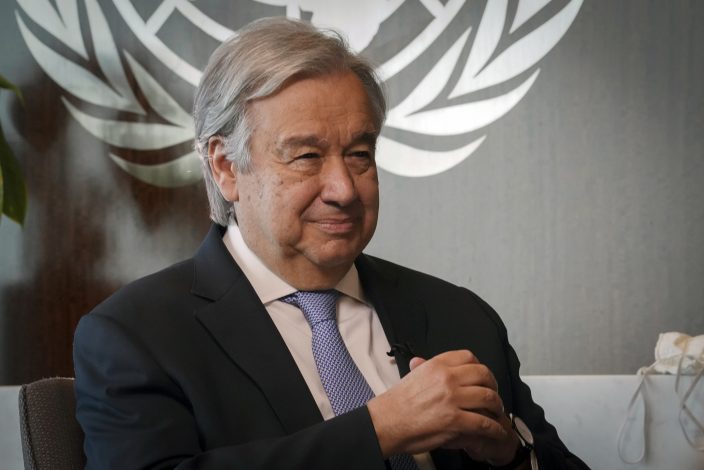 “Discussions within a Gulf security mechanism, inspired by the Helsinki process, could start by trying to reach agreement on shared principles governing inter-state relation,” such as non-interference in another country’s affairs and respect for every nation’s territorial integrity, he said.

Guterres said he has consulted with different countries in the region and the five permanent members of the Security Council —the United States, Russia, China, Britain and France -- to see if there was a consensus to move in the direction of a Helsinki process for the Gulf. 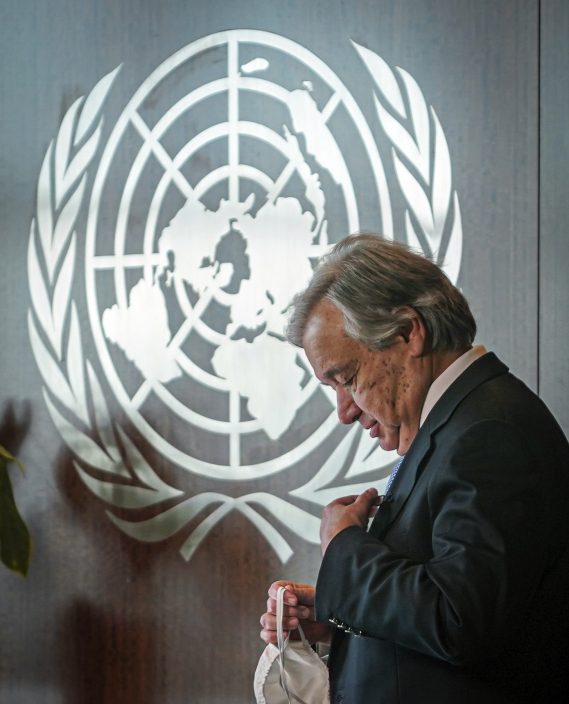 “Until now, it was not possible to have this consensus,” he said. “I hope it will be in the future.”

But U.S. Ambassador Kelly Craft on Tuesday made clear the Trump administration’s determination to keep pressuring Iran, and its lack of interest in participating in any dialogue, confidence-building measures or security talks. “I have not yet lost hope that at a certain moment it will be possible to have from everybody, understanding the concerns of the others, the possibility to open some avenues of dialogue,” the U.N. chief said.

Independent of the wide divisions, contradictions and different perceptions among Gulf nations and other key players, Guterres said, “I think that it would be important to create some possibilities of dialogue to progressively allow for one day a different security architecture to be possible in the Gulf” — one in which every country respects each other’s territorial integrity, doesn't interfere in another country’s affairs, and cooperates on common interests.

“And now looking at the present situation from COVID-19 to climate change to terrorism, there are so many reasons that should lead countries to work together,” he added. 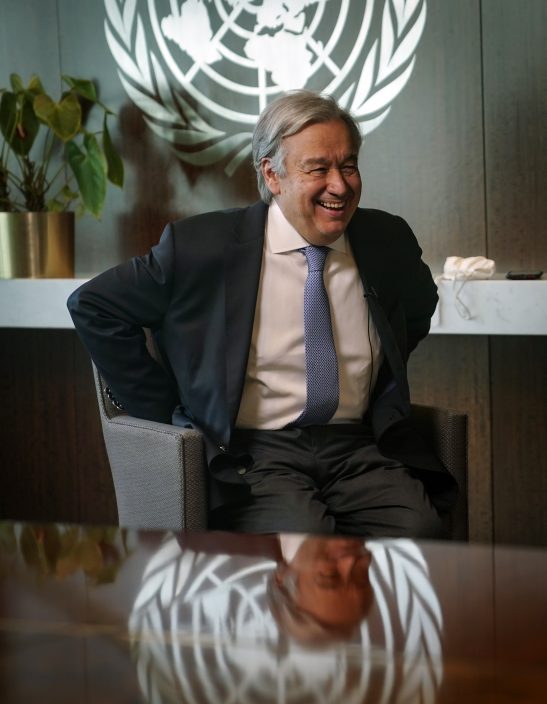