More was not merrier for Los Angeles Dodgers pitchers.

Dodgers manager Dave Roberts went with an opener against the team that invented the concept, sending Tony Gonsolin to start Game 2 of the World Series against the Tampa Bay Rays as the first of seven pitchers -- one shy of the record for a nine-inning Series game.

By the end of the Dodgers’ 6-4 defeat Wednesday night, which evened the Series at one game apiece, it appeared the Dodgers are down to a two-man rotation of Walker Buehler and Clayton Kershaw. 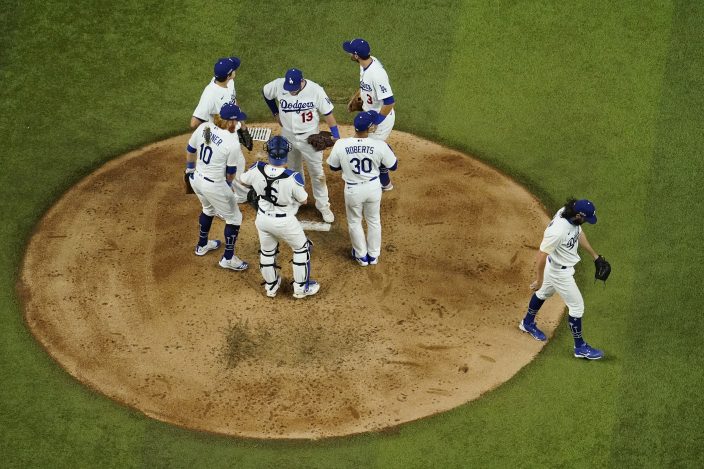 Seems like a throwback to the Boston Braves of Spahn and Sain and pray for rain, as Gerald V. Hern of the Boston Post poetically memorialized the pitching tandem of Warren Spahn and Johnny Sain in 1948.

Gonsolin lasted just four outs, leaving with a 1-0 deficit after allowing a home run to his second batter, Brandon Lowe. Dylan Floro (four outs) and Victor Gonzalez (three outs) followed with scoreless ball, but the Rays built a 5-0 lead off Dustin May, who gave up Joey Wendle’s two-run double in the fourth and Lowe’s two-run homer in the fifth. Joe Kelly allowed Wendle’s sacrifice fly in the sixth. 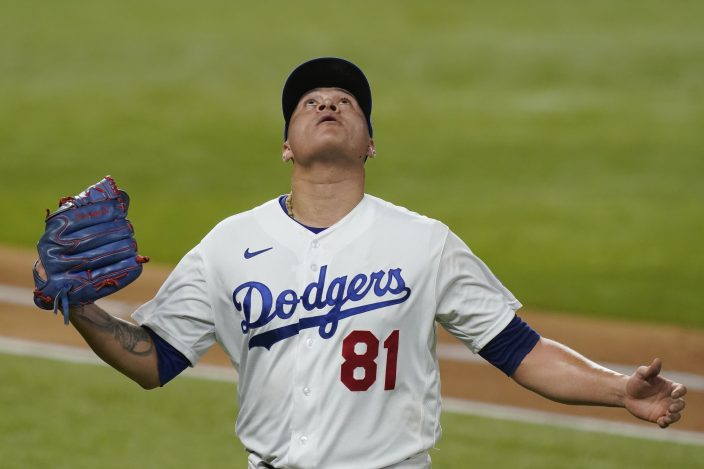 Alex Wood (six outs) and Jake McGee (three) followed with shutout relief, but the damage was too much to overcome.

Know for famous starting pitchers like Sandy Koufax, Don Drysdale, Fernando Valenzuela and Orel Hershiser, the Dodgers would not seem like a team primed to adapt to the opener concept pioneered by manager Kevin Cash and Rays in 2018.

Roberts gambled to keep Buehler and Kershaw fresh, just like he did in Game 7 of the NL Championship Series against Atlanta when he held off using Kershaw and started May as an opener, who then combined with Gonsolin, Blake Treinen, Brusdar Graterol and Julio Urías for a three-hitter in a 4-3 win. 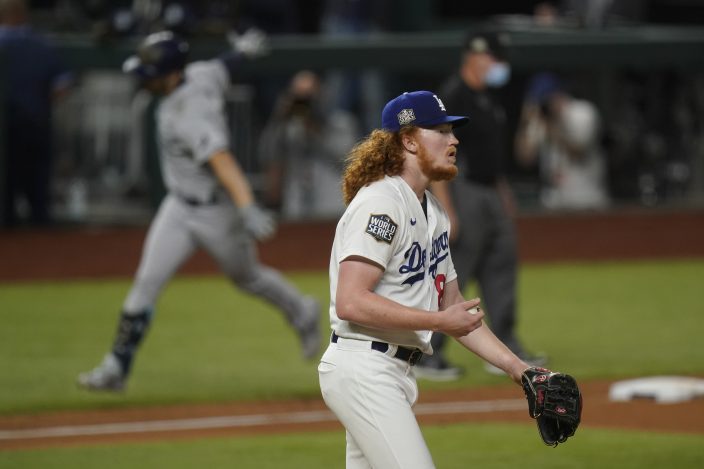 Buehler is scheduled to start Game 3 on Friday night on five days’ rest after beating Atlanta in Game 6 of the NLCS on Saturday, when he threw 89 pitches over six innings. He would be on track to start a Game 7 on normal rest.

Kershaw is lined up for Game 5 on Sunday following his victory in the Series opener, when he threw 78 pitches over six innings.

That leaves Games 4 and 6 for more merry-go-rounds.

It remains to be seen whether the parade of pitchers will be a fun ride for Roberts and the Dodgers.