The last time Democrat Sara Gideon ran for office, she trounced her Republican challenger and spent a measly $4,299.99 doing it.

Two years later, the Maine House speaker has hauled in $63.6 million, a mountain of money that's poured in from Democrats across the country for one clear purpose: Defeating Sen. Susan Collins.

It’s a mission that has been enthusiastically embraced by Gideon, an up-and-coming Democrat who has ably tapped into frustrations in Maine and beyond with Collins’ ties to President Donald Trump. The 48-year-old is now giving Collins the fight of her political life in a race that is testing voters' willingness to punish all Republicans for Trump's combative and disruptive leadership — even those, like Collins, who’ve tried to keep a distance. 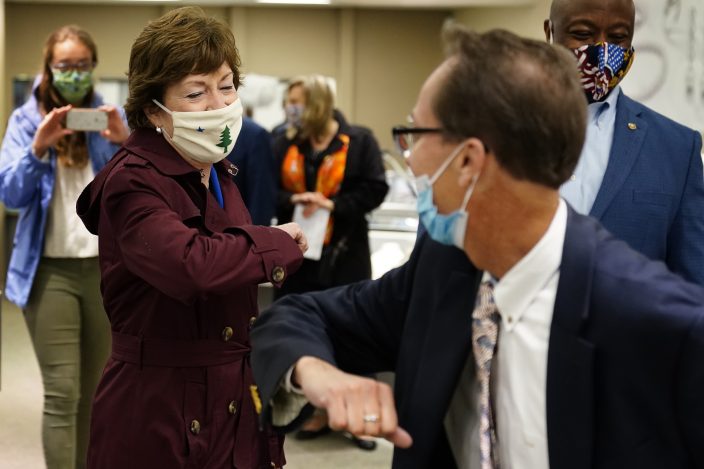 In stop after stop on the campaign trail, Gideon is unrelenting in her answer: “You have to stand up to people when they are wrong, and you have to call them out. You have to say who we are and what matters. That’s what we’ve lost during the course of this presidency,” Gideon said recently at a town hall-style meeting under a tent in Camden.

As one of several races that could determine which party controls the Senate, the race has brought a dizzying amount of money to Maine, a state unaccustomed to being a battleground in a national political proxy war. All told, Gideon's and Collins' campaigns and outside allies have spent or allocated more than $110 million on campaign advertising through Election Day, according to the ad tracking company Kantar/CMAG.

All of that money hasn’t moved the needle much. With less than two weeks to go, polls show a close race with neither candidate pulling ahead. 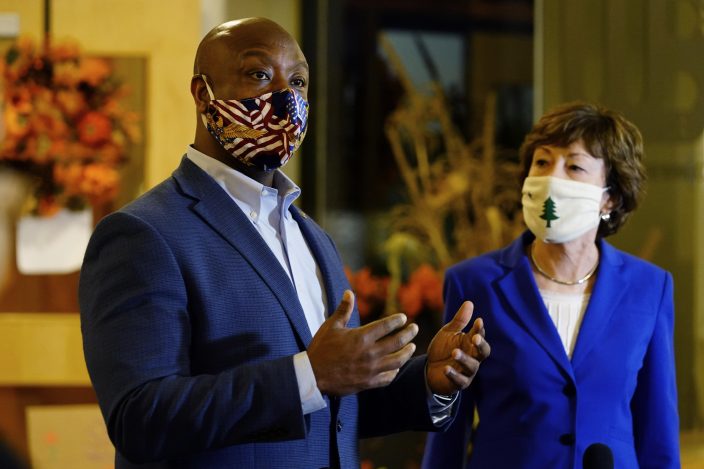 Both women are competing for the state's pragmatic voters who prize independence and problem-solving. For nearly 25 years, Collins has made that her brand, often winning headlines for stepping in to work with Democrats on compromises.

But Gideon has tried to flip that script on the 67-year-old Collins. She's running as a moderate, calling for expansion to health care and stronger environmental protections. But she’s stopped short of backing “Medicare for All” or Green New Deal proposals celebrated by the left flank of her party.

She’s also pitched herself as a candidate who’ll seek common ground, touting her work in the Maine House, where she rearranged seating and forced Republicans and Democrats to sit next to one another. 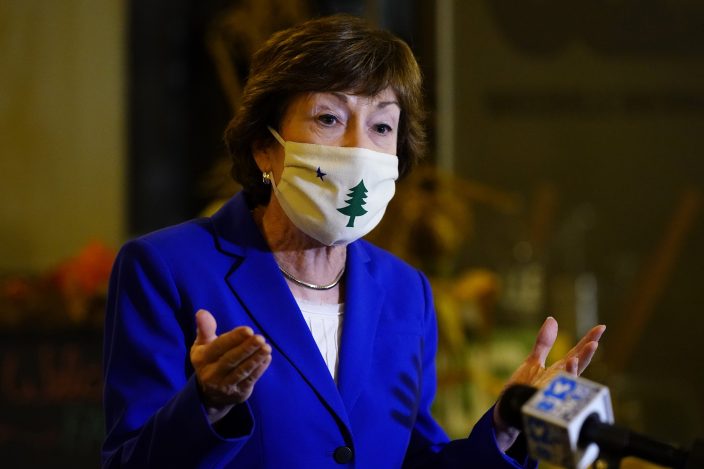 “If we’re going to be successful in making something, we pretty much have to build it together,” she said.

Republicans have sought to poke holes in Gideon's bipartisan image. When she mentioned during a debate that she’s in regular contact with Republican leaders in the legislature, House Republican leader Kathleen Dillingham pushed back. “We have not spoken in months,” she said. And when Democrats wanted to reconvene legislators to address unfinished business this summer, Gideon was unable to get Republicans onboard. 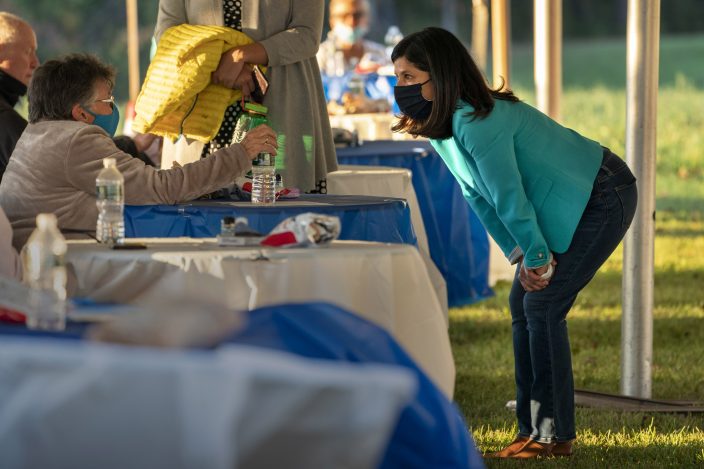 Like much of the country, Maine is increasingly divided along partisan lines, with the southern and coastal parts of the state becoming more blue and rural regions becoming more red. Democrats recently overtook independents as the state’s largest voting bloc. Still, Gideon needs to cut into Collins' support with that group to win.

Collins contends she’s the real bipartisan option, with years of experience getting results from working with members of both parties. She bristles at the unrelenting “offensive” attacks by Gideon and her allies and their money. “It’s not about trying to attain a policy goal. It’s all about attaining power,” Collins told the AP.

While Collins is a state fixture — she often talks about picking potatoes as a teen in Caribou, not far from the Canadian border — Gideon moved to Maine in 2004 and is “from away,” as Mainers say about newcomers. Gideon grew up in East Greenwich, Rhode Island, where her father was a pediatrician who emigrated from India and her Armenian American mother was a psychiatrist.

Gideon settled in Freeport, home to L.L. Bean, to raise her family with her husband, Benjamin Rogoff Gideon, a Maine native who took her last name. She credits her parents’ health care jobs and their commitment to community for her inspiration for public service.

Although Gideon doesn’t talk much about her Indian heritage, Americans of Indian descent are looking to her candidacy much the way they do that of vice presidential candidate Kamala Harris, whose mother was from India — with a sense of pride and excitement.

Ashok Nalamalapu, an information technology business owner who was born in India and now lives in Maine, said he previously voted for Collins. But this time, he said he's supporting Gideon because he believes Republicans have lost their way.

“Republicans have become anti-immigrant,” he said. “We don’t like that. Many people are afraid for their lives.”

Gideon got into politics on the Freeport Town Council in 2009. She was elected to the Maine House in 2012 and became speaker four years later. She made her name battling with then-GOP Gov. Paul LePage over issues including funding to address the drug overdose crisis.

Collins said she will vote against Trump’s latest Supreme Court nominee, Amy Coney Barrett, out of fairness to Democrats, who were denied a vote on President Barack Obama’s nominee during an election year. But Barrett’s approval is all but assured even without Collins' vote.

On the campaign trail, Gideon has held more than 30 socially distanced “Suppers with Sara” under a tent that is moved from town to town. Dressed in jeans, a down jacket and L.L. Bean boots, Gideon mingles easily with the crowd before holding a town hall session, adeptly fielding questions from business leaders, health care workers and lobstermen.

“I think she might be able to bring some fresh ideas to Washington, which seems really stuck right now,” said Faith Hague, a freelance graphic designer who attended one of the events in Camden. “It feels like Susan Collins toes the party line unless her vote is not needed."

'Our kids are the sacrifices': Parents push s ...

The activism of Jennifer Dale bega ...

Collins won't say in debate who she'll vote for in November