Strange things are happening in the English Premier League, and the improbable rise of Aston Villa might be the most surreal of them all.

The only team with a 100% record, Villa has made its best start to a top-division campaign in 90 years by winning its first four games. Chief among them, of course, was the 7-2 victory over Liverpool, the defending champion, that ranks as one of the most stunning results in a generation.

Beat Leeds on Friday — or even get a point — and Villa’s long-suffering fans will see their team on top of the league for the first time since 2001. 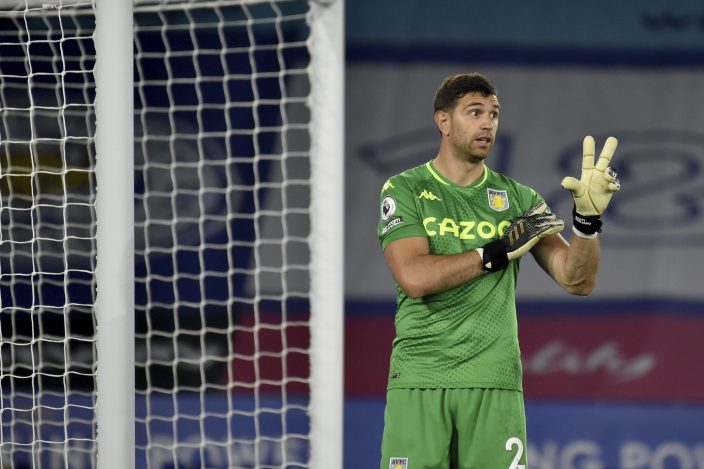 These truly are pinch-yourself times at Villa, a European Cup champion in the 1980s which was out of the Premier League from 2016-19 and was nearly relegated last season. And making it all the sweeter, its coach and captain are both boyhood fans of the team.

“Our feet are firmly on the ground,” Villa manager Dean Smith said of their stunning start to the season. “Because if you’re off it at any stage in this league, you can get a bloody nose very quickly.”

Smith knows that all too well. 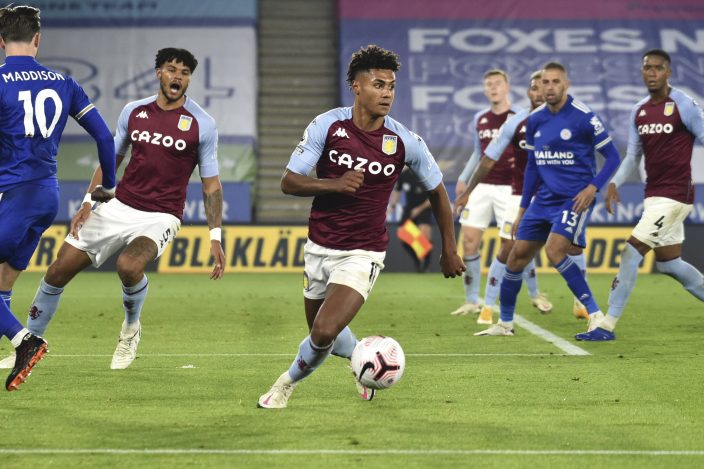 When soccer was suspended in March because of the coronavirus pandemic, Villa was in a tailspin.

A 4-0 loss at Leicester in what proved to be the final Premier League game before lockdown plunged the team from central England into the relegation zone on the back of four straight defeats.

Smith’s future was under scrutiny, with rumblings among fans about his tactical acumen. And there seemed no way Jack Grealish, Villa’s captain and star player, would be staying at the club beyond the season — relegation or not. 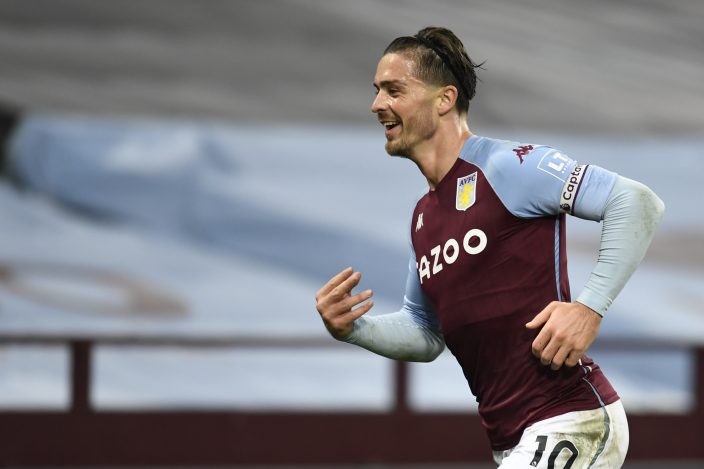 Lockdown was tough, too, for Smith, who lost his father, Ron, to COVID-19 in May.

So how, a few months on, is Villa in the situation where it is looking down on every team bar Everton in the standings and one of just two teams in Europe’s top five leagues — along with AC Milan in Italy — to have made perfect starts?

Key has been a massive improvement defensively, which can partly be attributed to the work behind the scenes of Villa assistant manager John Terry, the former England and Chelsea captain.

Villa finished last season with the second worst defensive record in the league, with 67 goals conceded in 38 games. But in the final four games, Villa conceded only two goals and the clean sheets earned in hard-fought wins over Crystal Palace and Arsenal were vital in the team escaping relegation on the final day of the season thanks to a nervy draw at West Ham.

So far in this unpredictable season, when teams are scoring at a level never seen before in the Premier League era, Villa has the best defensive record with three clean sheets and only two goals conceded.

Tyrone Mings and Ezri Konsa are unheralded center backs who have grown in assuredness and reliability since the end of last season. They also carry a threat at set-pieces, just like Terry did as a player.

Mings has managed to break into the England squad and the 22-year-old Konsa is on the right track, too, thanks to some sound advice by Terry.

While some of Villa’s signings following promotion in 2019 smacked of panic buys as Smith looked to bolster a small squad, the recruitment during the latest summer transfer window — funded by the club's co-owners, U.S. billionaire Wes Edens and Egyptian businessman Nassef Sawiris — was smart and shored up weak areas.

Goalkeeper Emiliano Martinez arrived from Arsenal, where he was second choice, and is a massive upgrade. He was called up by Argentina for the most recent international fixtures. Right back Matty Cash and striker Ollie Watkins were signed from second-tier Championship clubs and have looked at home at the highest level, with Watkins scoring a hat trick against Liverpool.

The transformational signing, though, could be midfielder Ross Barkley, who joined on loan from Chelsea on the final day of the window and has scored in each of his first two games, including the winner at Leicester last weekend.

Barkley has the carrot of getting back into England’s squad ahead of next year’s European Championship.

“The fact we’ve gone out and managed to entice that caliber of player into the squad has certainly gone down well in the dressing room and with our staff and fans as well,” Smith said of Barkley.

Keeping hold of Grealish, who signed a new contract during the offseason, also provided a boost around the club. The financial impact of the pandemic most likely was the reason why a major club didn’t come in for him, but he always retained an emotional bond to Villa.

Grealish has become one of the league’s best players, his touch and creativity standing out. He made his debut for England this month, too.

For older soccer fans, the sight of Villa near the top of the league is nothing to be shocked about. The club is a seven-time English champion, a European Cup winner in 1982, and was an ever-present in the Premier League until relegation in 2016.

For the newer generation, though, Villa is an upstart shaking up the established order in a season that looks like being wide open and when anything seems possible.

Brazil dodged the most dire econom ...