After being humbled by a recently promoted club and a Ukrainian side playing with reserves, Real Madrid faces a trip to Camp Nou.

Barcelona hosts Madrid on Saturday in the first clásico under new coach Ronald Koeman. And even though Barcelona is undergoing a rebuilding process after it ended last season without a trophy, Madrid comes to the clash with even more doubts.

Madrid has been outplayed at home by the modest Cádiz and a Shakhtar Donetsk that was without several starters due to a coronavirus outbreak among the squad. 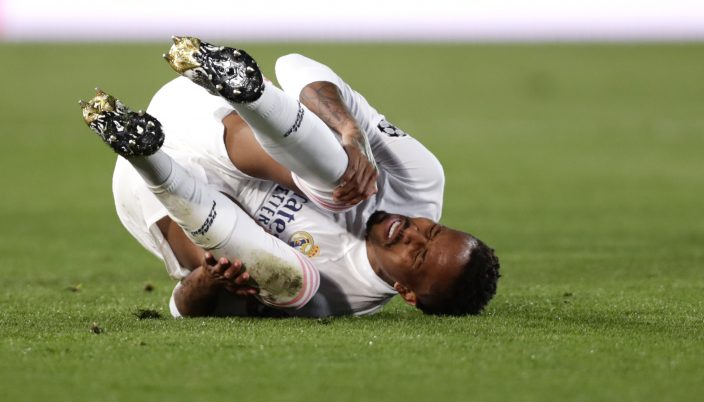 In both losses, Madrid was sluggish and disorganized in defense, leaving opponents time and space to successfully launch counterattacks. Barcelona’s attack of Lionel Messi and Philippe Coutinho and the young legs of Ansu Fati, Francisco Trincão and Ousmane Dembele will have taken notice.

Madrid was stunned 1-0 last Saturday by a Cádiz packed with several players who spent their careers in the second division until last month. During that loss, coach Zinedine Zidane said he would not have been surprised if Madrid had gone into halftime down by two or three goals.

That is exactly what happened on Wednesday when Shakhtar won 3-2 in their Champions League opener after a Madrid backline fell apart without Sergio Ramos, who was resting after hurting his left knee against Cádiz.

Madrid hopes to have its captain back against Barcelona.

Zidane has tried to absorb the blame for the embarrassing defeats.

“I’m responsible. As the first half was negative for my side, it means I did something wrong,” Zidane said after the loss to Shakhtar.

“I feel for the players because they have helped me win a lot of things. It was a bad game and they don’t deserve it. But that’s football. You have to keep going and think that if today is gray, tomorrow will be sunny.”

But his squad is under pressure, both veterans and newcomers.

Against Shakhtar, Raphael Varane should have been its defensive leader with Ramos out. But Varane showed the same fragile defending that was behind his two errors that led to goals in Madrid’s exit to Manchester City in the Champions League in August.

Caught behind a Shakhtar player, Varane’s lunge to poke away the ball put it into his own net, making it 2-0.

Marcelo and Éder Militão were unable to stop goals from Tetê in the 29th minute and Manor Solomon in the 42nd.

Down 3-0 at halftime, Luka Modric and Vinícius Júnior pulled two goals back, but with half an hour remaining the team could not culminate the comeback.

“When we don’t play well under pressure, everyone suffers. We found it difficult at the back,” Varane said. “It’s a difficult time for the team, but we’ve got a very important game (Barcelona) and we’re focused on winning.”

Marcelo, who lost his undisputed hold on a starting spot last season to the younger Ferland Mendy, has played three matches this season. Two of them were these consecutive losses.

That leaves Zidane with a difficult choice for the clásico if injured right backs Dani Carvajal or Ávlaro Odriozola do not recover in time. If he plays Mendy on the right to handle the speed and dribbling of Barcelona's Fati, then he will have to keep Marcelo at left back, where he will face either Messi, Antoine Griezmann, Dembele or Trincão, all of whom are faster.

But if Zidane puts Mendy back on the left, then he would have to recruit Nacho Fernández, a central defender, into taking on Fati. Barcelona’s teenage sensation should have the advantage in that duel, meaning Fernández would require help and thus Messi would have more space in the middle.

Barcelona comes to the classic on the heels of routing Hungarian side Ferencváros 5-1 in the Champions League on Tuesday.

Even so, Modric says it is positive to have Barcelona up next.

“It’s a good thing that the next game is soon and it’s the clásico,” Modric said. “We haven’t forgotten how to play football. We can put in a good performance.”

Madrid counting on midfielders and defenders to keep scoring