Money was tight, his girlfriend was expecting their first child, and Edouard Mendy was getting concerned.

It was 2014 and Mendy — aged 22 at the time — had been without a soccer club for a few months. Realizing unemployment benefit wasn’t going to be enough to provide for his family, he began to look for jobs outside the game he loved.

“I did genuinely have my doubts about whether I would carry on,” Mendy recalled Thursday about the lowest moment of a career. 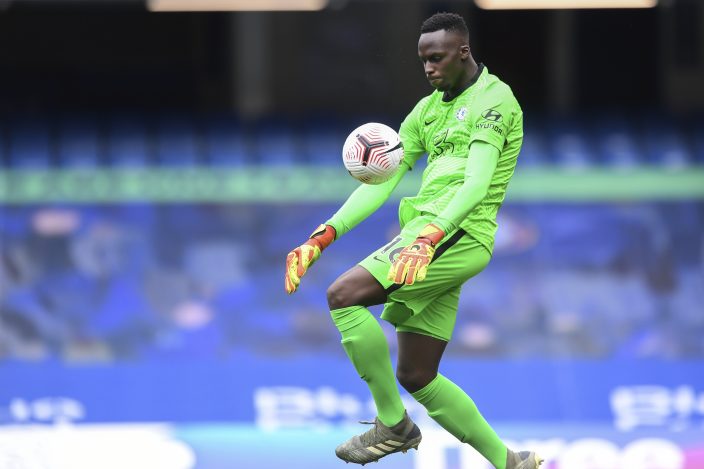 “I look at it now,” he added, “and say that it’s thanks to those moments that I am where I am today.”

Because six years later, he is not just the only African goalkeeper playing in the English Premier League. He is also regarded as something of a savior for Chelsea, one of the world’s most prestigious clubs.

“If someone had said that to me six years ago, when I didn’t have a club,” Mendy said with a smile, “I wouldn’t have even bothered looking at or listening to them.” 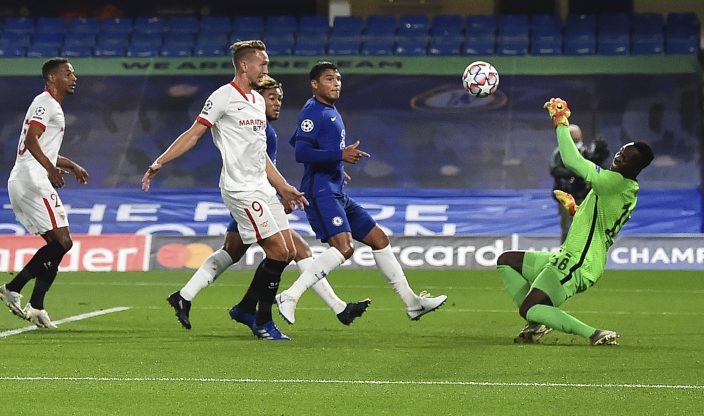 Of the nearly $300 million spent by Chelsea on new players — mostly attacking talent — ahead of this season, the $28 million the club paid French side Rennes for Mendy might be the shrewdest outlay.

Chelsea has conceded an average of 1.5 goals per game since the arrival of Frank Lampard in the offseason of 2019, giving him the worst defensive record of any full-time manager at the club. And that has largely been put down to the flaws of Kepa Arrizabalaga, bought for $92 million in 2018 as the most expensive goalkeeper in soccer history.

Since Mendy has arrived, he has taken over as the No. 1 goalkeeper and kept clean sheets in both of the games he has played — one in the Premier League and then against Sevilla in the Champions League on Tuesday.

Talk about fixing a problem. And, at the same time, being an inspiration.

“There is a responsibility I feel,” he said, “because there is expectation surrounding that. I need to make sure I carry on working hard, do my best in training and matches so that other goalkeepers can follow me into this league and have this opportunity.”

Mendy is getting used to making the most of his opportunities.

The real bump in the road on his journey to Stamford Bridge and the most-watched league in the world came in 2014, when he left Cherbourg following the team’s relegation to France’s fourth tier. He hadn’t even been the first-choice goalkeeper there — he spent much of his time on the bench — and he struggled to find another club, repeatedly let down by an agent who was unable to find Mendy a new team in France or in the third tier of England, as promised.

So Mendy returned to his home city of Le Havre and began training with his boyhood club, Le Havre Athletic Club. He would train with its reserve team in the mornings, and either go to the gym or practice his shot-stopping with his brother on a field in the afternoons.

In the meantime, he was receiving unemployment benefits.

“One year going without football is an incredibly long time,” he said, “and I had many, many doubts during that time.

“It was thanks to my family who helped so much in those moments to keep me strong.”

The phone call that changed everything came in 2015, when he was offered a trial at Marseille to become the southern team’s fourth-choice goalkeeper. His pregnant girlfriend stayed in Le Havre.

“When I went down there, it was a case of just giving my absolute everything to get the opportunity to join that club,” Mendy said. “Fortunately for me it worked, and when it did it was like a complete relief for me.”

Although he wasn’t first choice at Marseille, his career was back up and running. He moved to Reims in France’s second division in 2016 and then to Rennes in 2019.

After one season, he had done enough to convince Chelsea’s technical director, Petr Cech — a former player for Rennes and then Chelsea — to bring him to England.

“Yes, I have been aware that Petr Cech has been watching my matches for a number of years,” Mendy said, through a translator. “It’s very pleasing to hear that he has been watching me and saying that he liked my profile and the way I was performing.

“Now it is up to me to repay their interest in me.”

He has made a good start. Tall and good with the ball at his feet, Mendy already looks a massive upgrade on the erratic Kepa. Crucially, Chelsea’s defenders appears more at ease with Mendy behind them.

He said his relationship with Kepa is good.

“We know as goalkeepers that we have to stay unified and united,” Mendy said, “and that’s how things are going at the moment.”

Mendy will look to make it three shutouts in three games when Chelsea visits Manchester United on Saturday for the standout match of the Premier League’s sixth round.