French Prime Minister Jean Castex announced on Thursday a vast extension of the nightly curfew that is intended to curb the spiraling spread of the coronavirus, saying “the second wave is here.”

The curfew imposed in eight regions of France last week, including Paris and its suburbs, is being extended starting Friday at midnight to 38 regions and Polynesia, Castex said. It is to last six weeks before a review, he said.

“In France, like everywhere in Europe, the second wave is here,” Castex said at a news conference, adding that “no one is spared.” 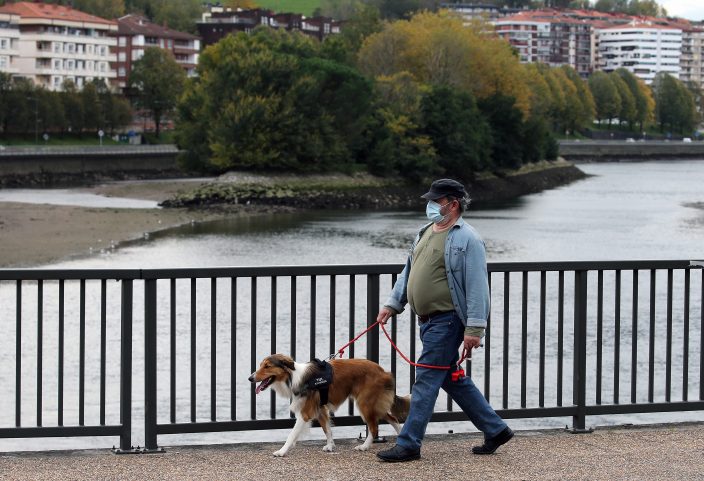 A man wearing a face mask crosses the Bidassoa river between France and Spain at Behobie, southwestern France, Thursday, Oct.22, 2020. France has seen over 34,000 confirmed deaths in the pandemic. (AP PhotoBob Edme)

The extension means that 46 million of the 67 million people living in France will be under curfews.

The virus is spreading less rapidly during the second wave but more extensively, the prime minister said. The number of cases of COVID-19 has doubled in France in the past 15 days.

“The situation is grave," Castex said. 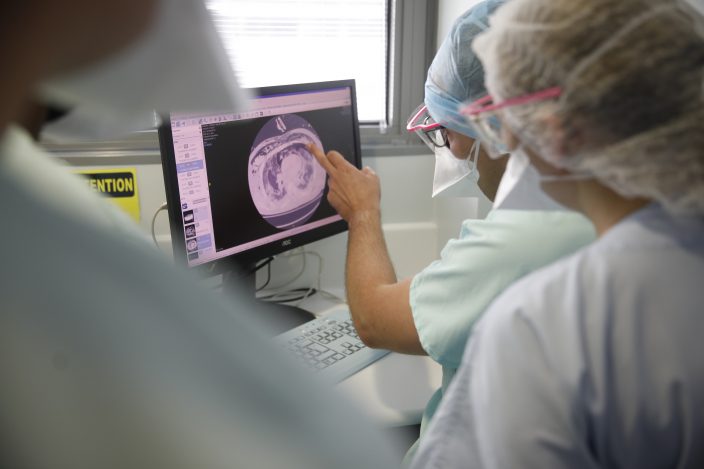 Medical workers check a X-ray photo of a lung of a patient suffering of COVID-19 in the Nouvel Hopital Civil of Strasbourg, eastern France, Thursday, Oct.22, 2020. France has seen over 34,000 confirmed deaths in the pandemic. (AP PhotoJean-Francois Badias)

More than 34,000 people have died in France since the start of the pandemic, one of the highest death tolls in Europe. The number of cases reported daily has floated around 30,000.

The prime minister said the national hospital bed occupancy rate is now at more than 44% percent and that four regions, including Paris, have more than half of their intensive care unit beds filled by COVID-19 patients, including the Paris region.

Several other government ministers joined Castex at the news conference as he prepared much of the nation for a stay-at-home life and the need to wear masks outdoors. 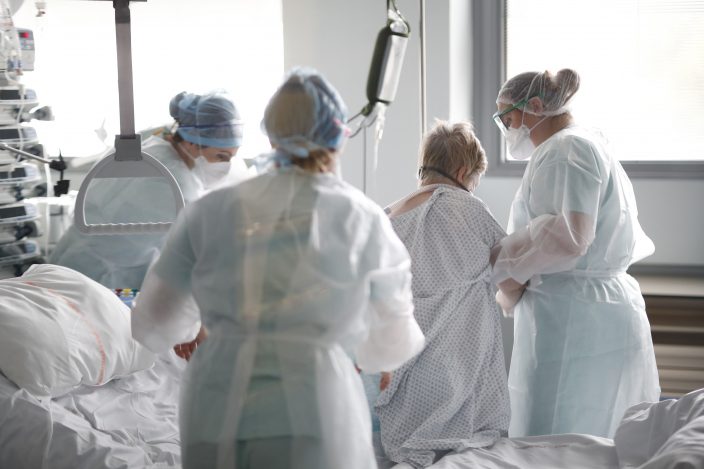 France has been using a targeted approach to curb the virus, but some of the regions to go under a curfew have yet to reach alert-level infection rates. Castex said those areas are being placed under curfew for preventive reasons.

“The weeks ahead will be tough...and the number of dead will increase,” he said.

French Health Minister Olivier Veran called the rate at which the virus is spreading “alarming” even if it is less rapid than earlier in the pandemic. The map of areas to go under curfew shows that infections are reaching beyond big cities and into less populated or even rural areas.

ICU beds represent a major challenge, he said, and scheduled operations are being delayed to free up beds. France has increased its ICU beds from 5,100 to 5,800 but can go quickly to 7,700 beds to treat COVID-19 patients.

Dan Campbell is empathic about the ...

Bodies found shot to death in SC identified after 44 ye ...