Slow down Patrick Mahomes and potentially park closer to the training facility.

It’s as good of an incentive as any. It certainly worked out well last week when Denver coach Vic Fangio offered up his prime parking place at Broncos headquarters for a job well done.

There may be a specific code to solving Mahomes and the Kansas City Chiefs’ high-powered offense. But good luck guessing it. 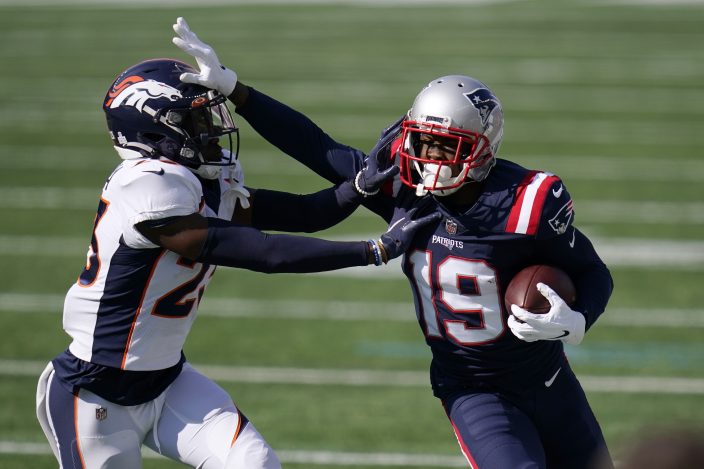 “You’ve seen the scores — nobody has broken that code yet,” said Fangio, whose team hosts the Chiefs (5-1) on Sunday.

So many weapons. So many wrinkles. So many things to defend. There's now an added element with wily rookie running back Clyde Edwards-Helaire and more company arriving in the backfield with two-time All-Pro Le’Veon Bell.

Don’t forget about tight end Travis Kelce or speedy receiver Tyreek Hill, either. The defending Super Bowl champs require intense concentration by the defense each and every snap. 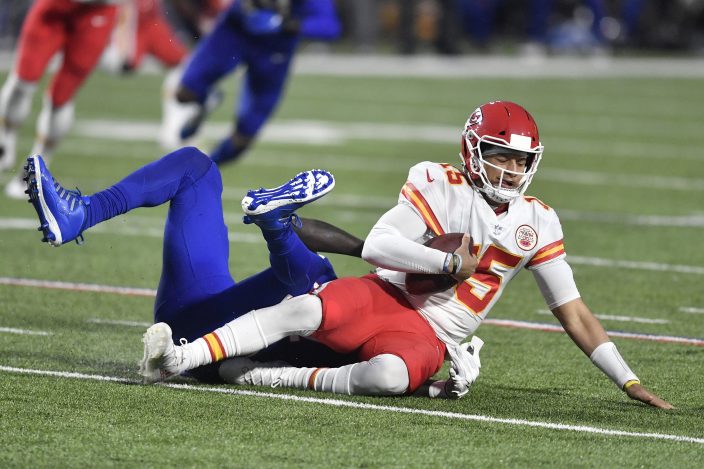 “They’re really a top-level offense. Everybody knows that,” Broncos defensive coordinator Ed Donatell said. “It really makes us focus. We’ve got to be really detailed. It’s quite a challenge.”

The Broncos (2-3) are coming off a defensive gem last weekend in New England. They forced Cam Newton and the Patriots into three turnovers (two interceptions along with a fumble).

Leading the surge was rookie cornerback Michael Ojemudia, who had seven tackles and two forced fumbles.

His reward was Fangio’s parking spot.

“A little deal with players last week, that if we won and certain other things happened, I was giving up my parking spot to a player for a week,” said Fangio, whose team has lost nine straight to the Chiefs. “It’s his for the week.”

The weather forecast for Sunday is calling for snow and a high temperature in the 20s. That’s the perfect recipe for more Edwards-Helaire and the rest of the crew, just like a week ago when the Chiefs ran it 46 times for 245 yards in a 26-17 win at rainy Buffalo. It was Kansas City's most rushing attempts in a game under coach Andy Reid.

Last December on a snowy afternoon in Kansas City, Mahomes went 27 of 34 for 340 yards and two scores to beat Denver 23-3.

He's impervious to all sorts of elements.

“Best player in the league at the moment,” Broncos pass rusher Bradley Chubb said. “He’s dynamic. He can run, he can pass, he can do everything. He has an amazing deep ball and he has great weapons around him that play hard for each other and play hard for him as well.”

Careful blitzing, too. That almost plays right into Mahomes' hand — either one — because when he freelances he may just be at his most dangerous. Case in point: That left-handed pass in Denver two years ago.

This could help: The Broncos are 4-0 under Fangio when forcing three or more turnovers in a game.

This won’t help: The Broncos settled for a franchise-best six field goals from Brandon McManus in an 18-12 win against the Patriots.

“Their offense is a powerful offense that scores a lot of points,” offensive tackle Garett Bolles said. “If we can stay on the field and do our job and take care of the ball, we’re going to come out where we need to be.”

Merck is giving up on two potentia ...